First of all, there is already a refugee camp in East Jerusalem, located in the Shuf’ata district. An agglomeration of dilapidated houses at risk of collapse, streets without sewers and mountains of rubbish used as a playground by children. We are not dealing with refugee camps with tents as we might imagine. These were born after ’48, after the Arab-Israeli war and after the Six Day War in ’67 to provide shelter to those who had lost everything. Unlike the others, those living in Shuf’ata have Israeli documents. But raids and riots are on the agenda just like in other refugee camps. Ahmed runs a grocery store in the one between Hebrom and Jericho called Arroub.

“Most of the day we are without electricity and without water. How can I run my business under these conditions? ”. But those listed by Ahmed seem to be the least of the problems. We walk around the streets and there are none. An eerie atmosphere. There are two schools, one for boys and one for girls, built by the United Nations High Commissioner for Refugees. Outside the mosque in Hebrom, an elderly man, when asked what needs to be fixed, lowers his gaze in surrender. Nasser tells me that there is no family in the city that has not had problems with the Israeli army. They have no qualms, even children are arrested.

Just the day before, I had personally witnessed three arrests in the area outside the Al Aqsa Mosque in Jerusalem. Suddenly, the female soldiers and the IDF men began to run. Confused, I walked over to them and saw them emerge, from one of the small streets, with three young Palestinians accompanied by the arm. They had just been arrested, I did not know why. What impressed me was their face. They smiled in an ironic and happy way and boasted of having been arrested. The Palestinian agency Wafa spoke about these arrests a few days later without giving any explanation. Especially on the grounds because there are often no grounds.

Kalandia is the third refugee camp we could see and is located on the road from East Jerusalem to Ramallah. We walk in, evade control, and unlike the one seen near Jericho, we find a bunch of young people and children. Children play with fake machine guns in the middle of unspeakable dirt. And young people who, as soon as they see us, start having a chat. But they are in an obvious state of confusion, they risk becoming dangerous, and they impose an infinite penalty. Maybe I’m under the influence of drugs, at least for some I was sure. I leave the Kalandia refugee camp with a void inside and begin to make up my mind as Nasser takes us back to Jerusalem. What is the point of creating this state of constant tension? Do they want those children to self-destruct at least get a serious problem out of the way? Bitter control, day and night raids, arbitrary arrests do nothing but increase the state of emotional tension in which these populations live, doomed to a non-existent future. The actual killing of the Palestinian journalist in the Jenin refugee camp has exacerbated this resentment. 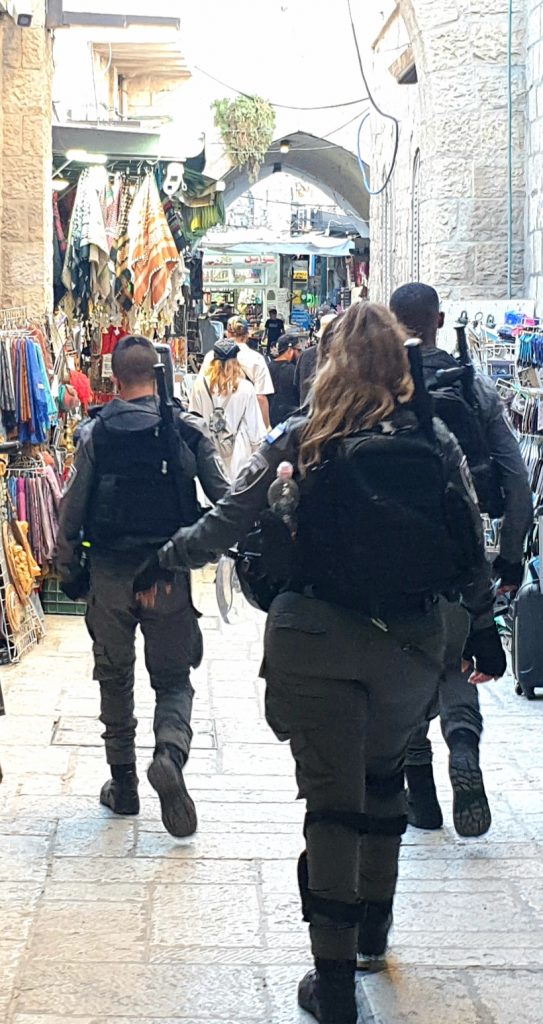 Whoever is killed, arrested, beaten by the Israeli army becomes a hero, and then the riots will never end. When we arrive in Jerusalem, we encircle the megagalactic wall with barbed wire that separates Israel from the West Bank, and I wonder what mental suffering the characters who wanted all this are suffering from. It is no coincidence that the tourist is being subjected to real interrogations at Ben Gurion Airport with the aim of stealing information about Palestinians who may be associated with terrorist environments. But dear IDF agents, talking about terrorism is one thing. Talking about children playing in the middle of mountains of garbage and destined for a sick life is a whole other thing. Getting information about them is not the best army in the world.