The release of the first version of the beta, scheduled for the third week of July, is not far off, and apparently Samsung employees have already gotten their fingers in it for a few days. Until today, however, of And UI 5 we had heard little and almost nothing seen: but one 9to5Google they managed to intercept a preliminary version of the new adaptation of the Korean giant based on Android 13, and then for the first time we have the opportunity to see it in action.

Since this is a preliminary build even compared to the first version of the beta, it is possible that it does not include all the changes that One UI 5 will have in the stable version. Furthermore, given the particular circumstances, there is no log of change that briefly shows all the innovations: the ones we show you are therefore the result of the comparison between the new interface and One UI 4. After making these two necessary clarifications, let’s begin to look behind the veil at One UI 5.

Nothing shocking, though the design with which notifications are represented has changed slightlywith larger icons (perhaps less elegant, but more easily recognizable), and so is the level of the transparency of the curtainwhich now lets the background tone (which is dark in the case of the screenshot below) leak out more.

At the moment, the dialog boxes are also standard in Android. But it is likely that this is not a definitive feature and that it is simply related to the embryonic version of the firmware, which will later implement Samsung’s interface deeper and reach all corners of the system.

OCR IMPLEMENTED IN THE GALLERY

On the functionality front, we find insteadOCR (Optical Character Recognition), which allows you to recognize text in pictures contained in the Gallery, select it and copy it: The feature is not an absolute novelty and was previously linked to Bixby Vision, but with One UI 5 it has been transferred at the system level. 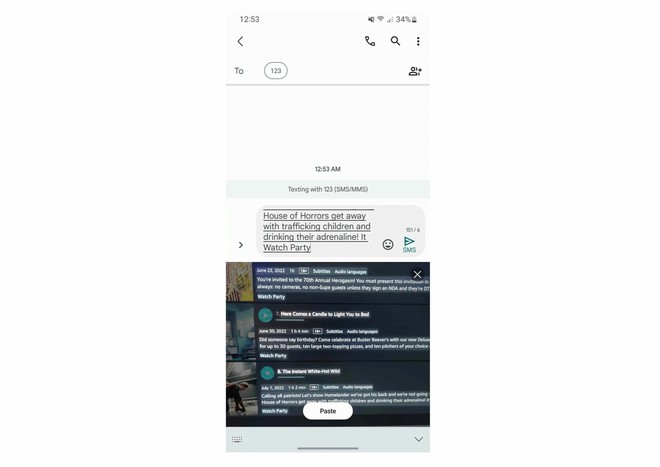 As for privacy, we find a Samsung-branded version of the hub that Google has created for its Pixels on Android 13. And then we find all possibilities for accounts, passwords, security and generally the privacy-related options, including those for the lock screen, enclosed in a single screen, making it more instantaneous and intuitive to have the situation under control. 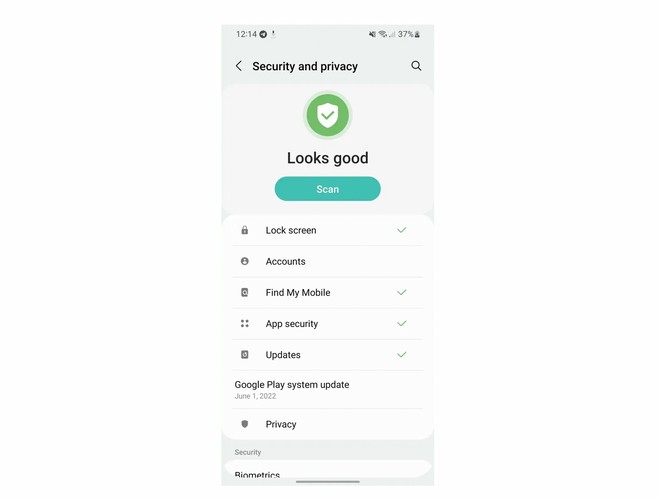 In addition, two new movements appear in the Labs section, namely “swipe for multitasking on split screen“(swipe from the bottom of the screen with two fingers) and”swipe for pop-up view“(swip from the top corner).

Other changes to report are the addition of “Collaboration” mode in Samsung Notewhich allows you to work with up to 100 other users on a shared note while observing its real-time updates, the appearance of the “Active apps” panel in the quick settings, an ultra-broadband connection switch (UWB) added in the settings and device information screen, which now displays a thumbnail image of the smartphone.

Overall, the One UI 5 does not currently offer anything revolutionary, but small changes within an already known framework, and which should remain largely unchanged in the general feel, based on the aesthetics that Samsung is still convinced of. It must of course be taken into account that from now on until the release of the beta and then of the stable version we will have the opportunity to see other innovations implemented.

As mentioned at the beginning, until today we knew almost nothing about One UI 5. However, one aspect that Samsung had chosen to focus on is the speed that promised that the new interface based on Android 13 would be particularly responsive (and maybe they concentrated the work on performance rather than aesthetics, and worked on already known bases. and aim at optimizing performance).

Mac Weinbach from 9to5Google also shared a short clip on his Twitter profile that should give us an idea of ​​how fluid opening and closing animations of applications will be handled, as well as the speed at which the commands will be executed. Both factors, which will inevitably vary depending on the smartphone used.

Was that what you wanted to see?