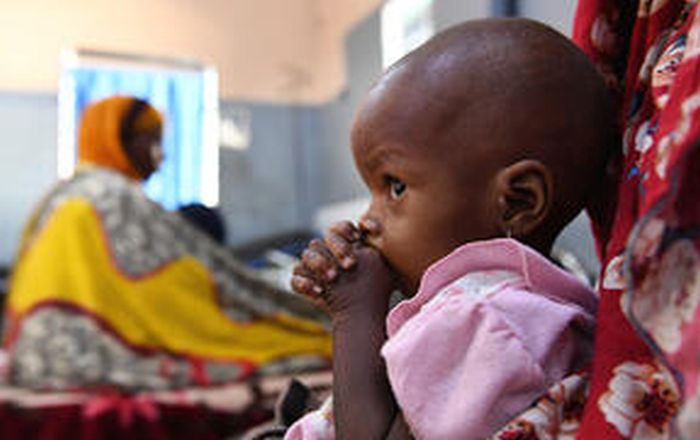 Unicef’s appeal in light of G7. Nearly 8 million children under the age of 5 in 15 countries in crisis are at risk of dying from severe acute malnutrition

“We now see that the safeguarding of extreme levels of acute malnutrition among children has been triggered,” he said. UNICEF Director – General Catherine Russell. “Food aid is essential, but we can not save hungry children with wheat sacks. We must reach these children immediately through therapeutic treatments before it is too late ”.

The rise in food prices caused by the war in Ukraine, the persistent drought due to climate change in some countries, sometimes combined with conflicts, and the persistent drought economic consequences of Covid-19 continue to increase food and nutritional insecurity for children around the world, which causes catastrophic levels of severe malnutrition in children under 5 years of age. In response, Unicef ​​is stepping up its efforts in the 15 most affected countries: Afghanistan, Burkina Faso, Chad, the Democratic Republic of Congo, Ethiopia, Haiti, Kenya, Madagascar, Mali, Niger, Nigeria, Somalia, South Sudan, Sudan and Yemen will be included in an acceleration plan to help avert an escalation of deaths among children and mitigate the long-term damage of severe acute malnutrition.

“Severe acute malnutrition – which is equivalent to children being too thin for their height – is the most visible and deadly form of malnutrition – explains Unicef. A weakened immune system increases the risk of death among children under 5 by as much as 11 times compared to well-fed children ”.

In the aforementioned 15 countries, UNICEF estimates that at least 40 million children are severely nutritionally insecure, meaning they are not getting the minimum diversified diet they need to grow and develop in early childhood. In addition, 21 million children are severely food insecure, meaning they do not have access to enough food to meet the minimum food requirements, putting them at high risk for severe acute malnutrition. Meanwhile, the price of ready-to-use therapeutic foods for the treatment of severe acute malnutrition has risen by 16% in recent weeks. due to a sharp rise in the price of primary ingredients, leaving up to a further 600,000 children without access to lifesaving care and at risk of dying.

As leaders prepare to meet for the G7 summit, UNICEF launches one appeal for $ 1.2 billion for:

“It’s hard to describe what it means for a child to suffer from ‘severe acute malnutrition’, but when you meet a child who suffers from this most deadly form of malnutrition, you understand – and you will never forget,” he said. Russell. “World leaders gathered in Germany for the G7 ministerial meeting have a small window of opportunity to act and save the lives of these children. There is no time to lose. Waiting for famine to be declared means waiting for, that the children die ”.