Rome Resurrected from the darkness of the deposits and subjected to restoration, the fragmentary head of the so-called Diomedes, from the 2nd century AD, recognizes in the furrow that crosses the inscriptions of Arsemia, in Turkey, immortalized by Domingo Milella, the same wounds deposited of time on a part of his face.
In the next room, a fragment of marble relief, dating back to the 1st century AD, opens its eye wide to the visitor, as if to celebrate, or reproduce, the photographer’s eye, while a male portrait of unknown origin resembling an enigmatic pebble, consider the limestone arch of Supramonte in Sardinia or the still uncoded inscription on King Midas’ tomb in Turkey, captured by Domingo Milella’s lens.
At Diocletian’s Baths, a new archeology, the source of the dialogue between landscape archeology and the archeology of language, takes the form of an exhibition journey imagined as a conversation between images and archeological spaces, where unseen finds regain new life by participating in this in-depth research on the to look.

Like a spark of the archeology of the future or a reasoning about malleable time, the exhibition has the title The forms of timeto from June 22 to July 31 presents 12 photographs by Fabio Barile and Domingo Milella in an unprecedented dialogue with the archeological spaces of Diocletian’s Baths in Rome, it is a journey through time, geological, archaeological and present, curated by Alessandro Dandini de Sylva.

After the first two exhibition chapters at the Centro Arti Visive Pescheria and in the old synagogue in Pesaro, The forms of time now seeks a new connection with the great halls of the Roman baths, in the monumental complex built by Emperor Maximin between the third and fourth centuries, abandoned for a thousand years before it was transformed by Michelangelo into a church and a charter house in the sixteenth century .
Here, the archeologies of the landscape by Fabio Barile and those of Domingo Milella’s language are superimposed on the fragments of time, evidence never shown to the public, brought to light by the warehouses of the National Roman Museum. And here, like few other places, the path absorbs the vibrations and layers of the past in this unconventional space, far from the neutral white space of contemporary art.

“When we chose the name of the exhibition – explains Fabio Barili – we changed the title of George Kubler’s book, The form of time in The forms of time. The plural inflection gives rise to a very precise mental and physical idea of ​​time, that is, time is not a uniform thing “.
If Fabio Barile goes in search of cracks in total time, Milella searches in real time, but both share the common research on man. Where did it go? Maybe he’s becoming a photographer and a photographer without realizing it? 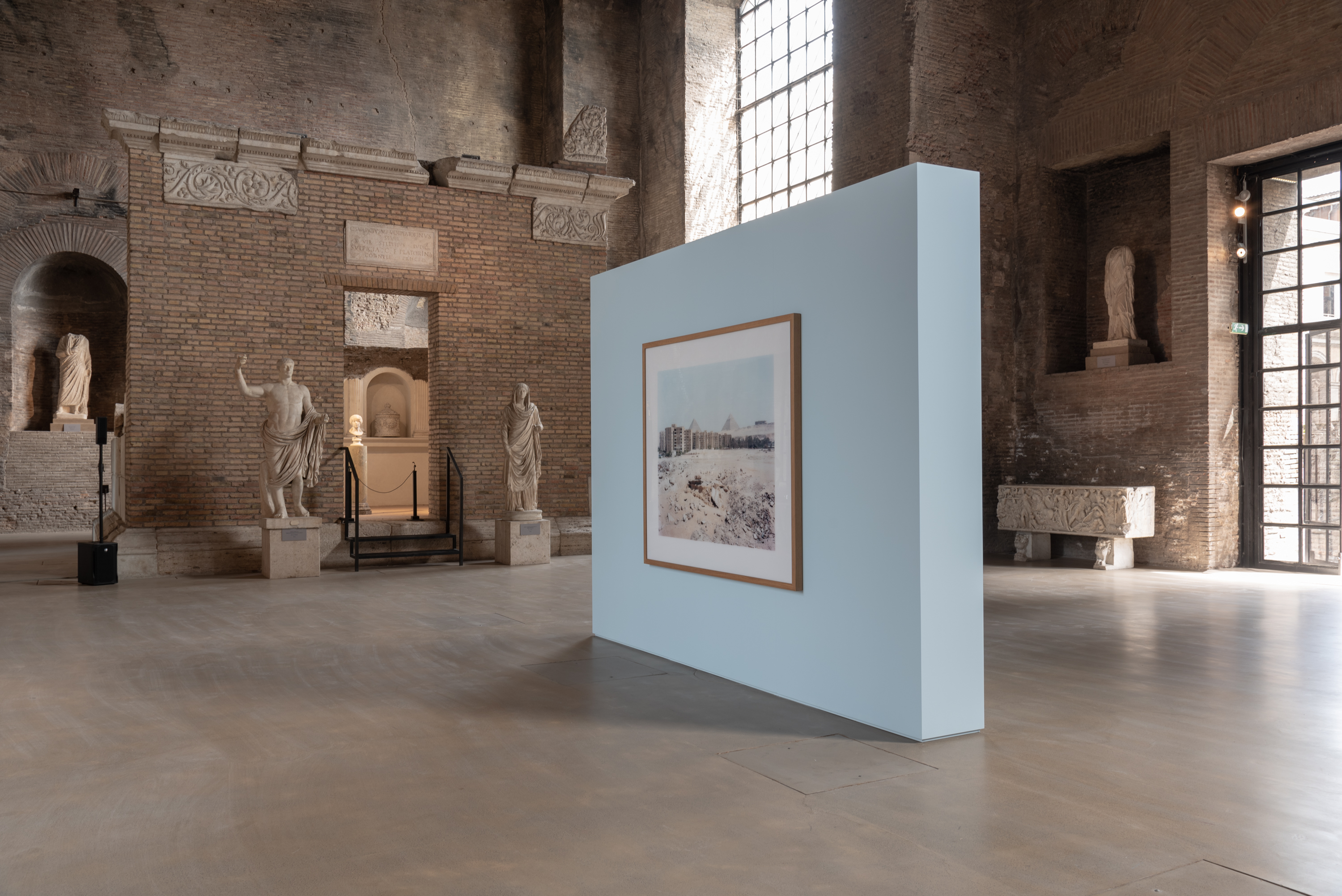 The images of both show stories of events that generate other events, stories of defeat and success, stasis and change.
“The works of Fabio Barile and Domingo Milella are photographs that reflect time,” explains curator Alessandro Dandini de Sylva. in the archaic stone, of the primitive in the present in a single glance, in the traces of ‘man on the landscape’.

The discourse of the ancient is evoked by the dialogue between the exhibited images – from the Pyramids of Giza to the tomb of King Midas in Phrygia, from the Plateau of the Imperatores to the Gola di Gorropu in Supramonte or even to the highest peak in Mesopotamia, in Nemrut Dagi – created by the two artists to bring dumb geologies and talking stones together in search of a common archeology. In parallel with the photographic works, The forms of time presents a selection of archeological finds, selected together with the director of the National Roman Museum Stéphane Verger, with the aim of creating unexpected visual and semantic comparisons between the photographs, the Great Classrooms and the time fragments excavated from the museum’s warehouses. 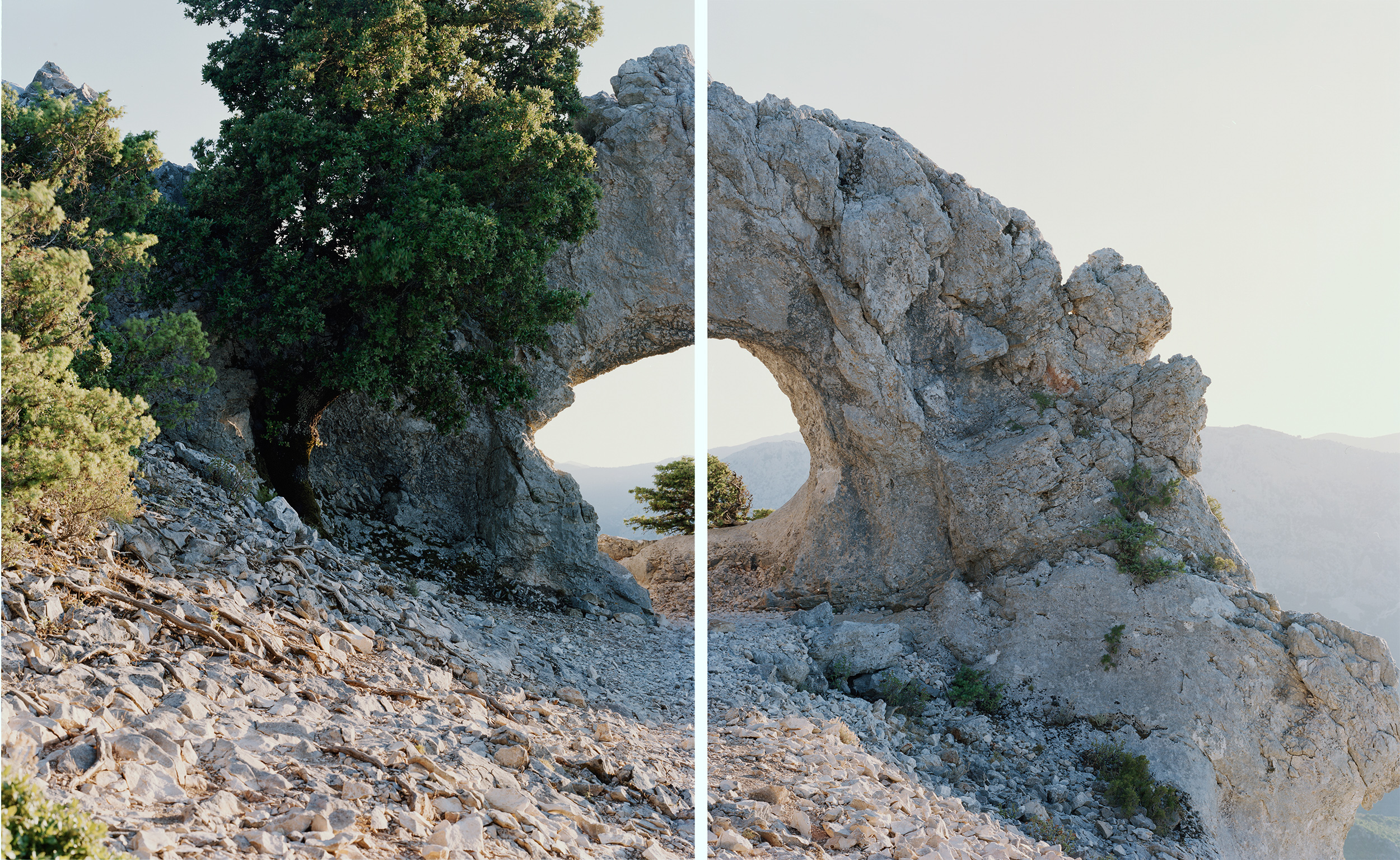 On their travels, Barili and Milella brought a 30 kg backpack with the equipment. Their recordings, made strictly analogous, are the result of water, silver, bellows, plates, black cloth, but above all expectation and confidence in the medium, in the time flow, which is the leitmotif of the entire exhibition.
“The special thing about our work is that we can not immediately see the result of the image that has to be processed in the water of the rivers. Not immediately seeing what you have done is an act of leaving the vehicle and relying on it, ”they admit.
What fascinates them about these images is not so much the place they represent as the reasoning they activate in the viewer, which invites him to ask himself the oldest questions in the world – who are we, what are we? – to use art as a research tool on the origin and fate of things. These questions are not always answered, as the last image that concludes the exhibition clearly underscores, where Fabio Barile’s study of the earth’s magnetic field shows all of man’s limits to understanding the earth’s phenomena. 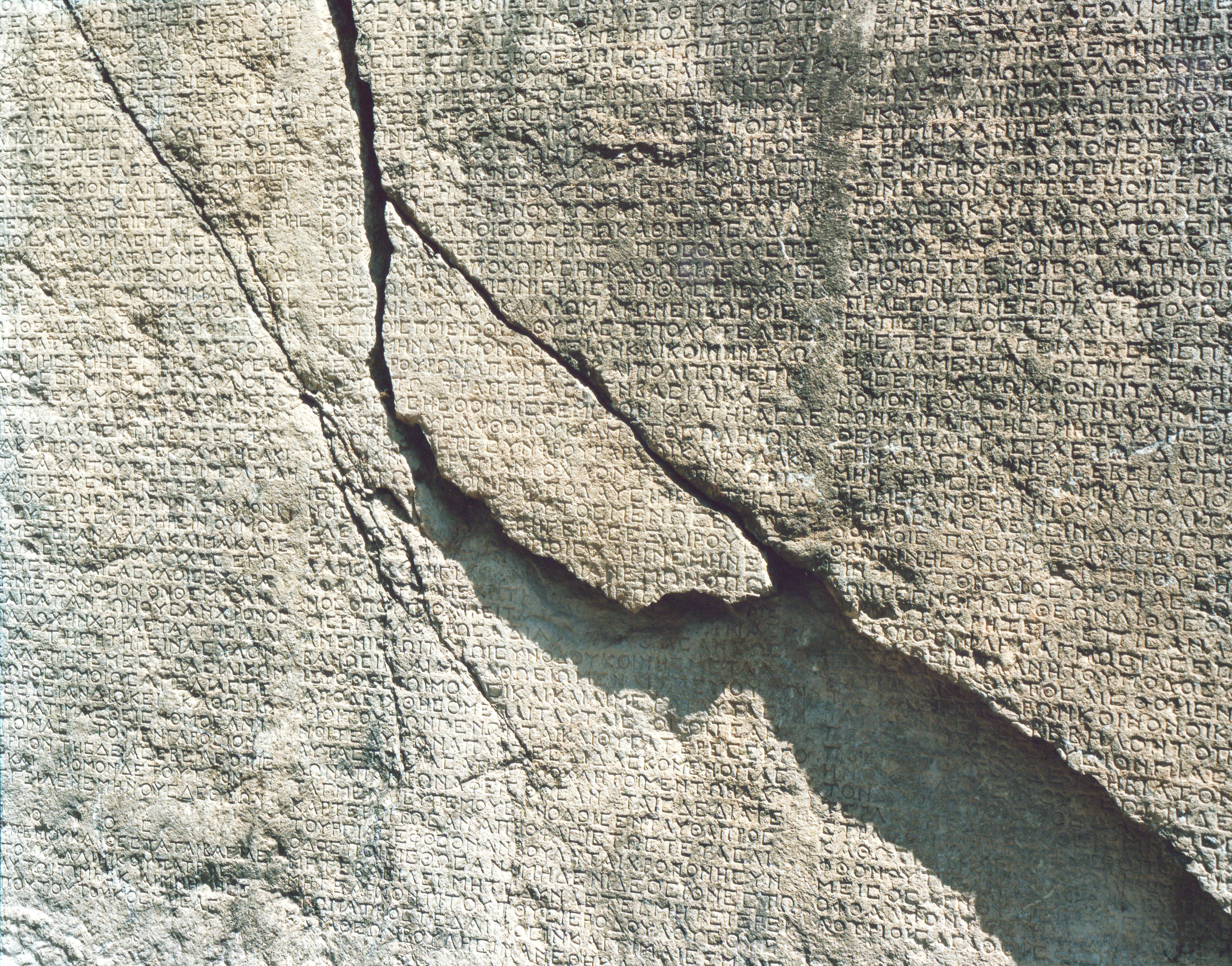