On the occasion of the Festival Extensions, the Carnic Valley opens the doors to the two museums, the Church of San Leonardo and inaugurates two exhibitions (a third is already hosting one of the galleries). Three exhibitions, two museums ready to welcome tourists, the Church of San Leonardo, a true jewel dated 1400, unusually open to the public! On the occasion of “Festival Extensions – Inside the border literature”, Val Pesarina is ready to show itself in all its beauty, in the name of culture! If the many guests, from Angelo Floramo to Roberta Biagiarelli, from Antonella Sbuelz and Piero Sidoti, Paolo Patui and Ulderica da Pozzo, to name just a few, try to analyze the concept for three days in unique natural surroundings. of the “border” between literature, words, poetry, geographies and narratives, there will be an opportunity to enjoy the local museum spaces and the works exhibited in the reviews held on the occasion of the Festival, whose artistic direction was curated by the cultural association Bottega Errante, thanks to the support of the Autonomous Community of Friuli Venezia Giulia, the Friuli Foundation, the municipality of Prato Carnico and Pro Loco Val Pesarina. 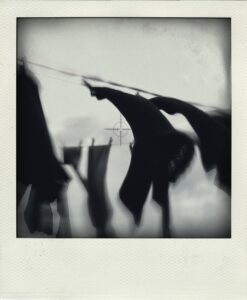 THE EXHIBITIONS – “Shooting in Sarajevo” will be inaugurated on June 24 at 18.00 in Pesariis on Piazza della Canonica (in case of bad weather in the faction hall), a double event: on the occasion of the 30th anniversary of the ‘siege of the capital of Bosnia-Herzegovina, a presentation of an exhibition and a book is planned, where the idea of photographer Luigi Ottani and curator Roberta Biagiarelli – moderated by Elisa Copetti for the occasion – were to photograph Sarajevo from the same places from which snipers kept the city and its inhabitants under siege for the 1,425 days between 1992 and 1995. A special event to tell about an urban world , which has suffered the longest and most tragic siege since the post-war period, and to reflect on Europe’s fragile borders.
On June 26 at 2.30 pm, however, “Confini” will be inaugurated in the former dairy Osais. Ten young new illustrators on the national and international stage (Alice Mazzer, Silvia Baldisserotto, Matteo Pierluigi Perdon, Maria Giulia Belli, Giulia Cornaggia, Marco Buso, Sofiya Kruglikova, Daniela Wöls, ​​Romana Reiterer, Rachel Katstaller) have been selected in the last few years. months from Sarmede International School of Illustration (Treviso). They will spend three days in Val Pesarina on the occasion of Extensions, and under the guidance of illustrator and teacher Linda Wolfsgruber, they will create some images inspired by the concept of geographical, political, mental boundary. The one planned at the end of the festival will be an agreement to present the exhibition that will emerge from this experience and to tell the suggestions of the young artists who lived in the valley under Extensions. 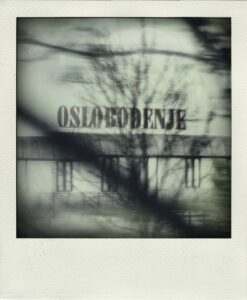