White nights, concerts, shows, afternoons and evenings for children and village festivals. Nerviano is preparing to welcome the summer and resume the city’s nightlife which the health service has for the last two years largely forced to give up with a kaleidoscope of events ready to make everyone agree and bringing people back to sociability too often forgotten because of the pandemic.

The first appointment in the calendar for the “Nerviano property” review is until Friday, June 10, when the setting of the convent in the former Olivetani convent will be staged “(S) Legati”, theater performance which will combine theater and mountains. Saturday, June 11 is also planned there night with “all out” organized by the association Faciamo Quadrato, which will bring music, games and refreshments from piazza Olona to viale Villoresi and at. 18.30 starts with the l.stage reading “Wounds to Death” and the inauguration of the red bench on Piazza della Vittoria. It closes the weekend of Sunday the 12th and onwards “The snack of the heart” organized by the Vincentian Volunteer Group in Villa Piazzi, with songs, games and snacks.

Place for music on Saturday 18 June in the convent of the former Olivetani Monastery concert “Summer Solstice” by the MusiCuMozart Association and at the theater on Wednesday 22 June with it show by the I Sottopalco association “I have to tell you an opera” in the same place. Children’s evening on Thursday 23 June in the square in Garbatola with “Princess Lilly and the Mystery of the Dragon”while Saturday, June 25, in downtown streets white nights by Faciamo Quadrato with an 80s theme and in the convent of the former Olivetani convent on Sunday 26 June, the music will once again be the main characteropera “Figaro’s wedding” of the Laudamus Society at the conclusion of a feast day at Lake Cantone with Fantastic summer party.

On Thursday, June 30, the convent of the former Olivetani convent will be hosted The Superletor’s partywhile Saturday, July 2nd will be notes from the association MusiCuMozart to entertain the town at Villa Belloni. Children protagonists Thursday, July 7 at the square in Sant’Ilario with “A travel snail”appetizer of a weekend of music and theater with show “The Surprise of Love” edited by ScenAperta in the convent of the former Olivetani convent and concert by the Santa Cecilia band in Sant’Ilario scheduled for Saturday, July 9th. 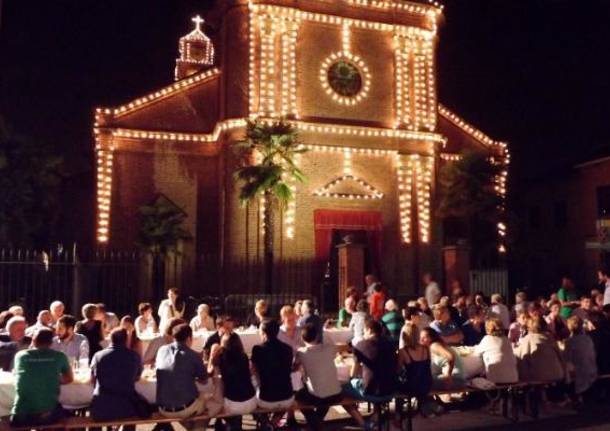 Another evening for the little ones on Thursday 14 July in the convent of the former Olivetani Monastery with “Fantasy takes me away”while on Saturday 16 July it is still in the convent of the town hall, it is the theater’s turn with i.a. show “Mani bucate – Francesco, the poor man who received the stigmata” curated by ScenAperta and Sunday 17 July to music with concert organized by the Collage Association on Piazza Santo Stefano. The nervous summer program continues on Thursday, July 21st with it Show “Beauty and the Beast” in the monastery of the former Olivetani Monastery, once again at ScenAperta, to then arrive on Saturday 23 July at concert by the association MusiCuMozart at Villa Piazzi and the “Square Night” organized by the association Faciamo Quadrato through the streets of the center.

Make room for music on Saturday 30 July in Piazza Santo Stefano with concert organized by the Collage Association and Saturday, August 6 in the convent of the former Olivetani convent withtribute to Fabrizio De André curated by ScenAperta, then moved on Tuesday 9 August to good food with risotto di San Fermo proposed by the Collage Association, which is also planning it on Monday 15 August Ferragosto parties on Piazza Santo Stefano. Closing to the sound of music with blues and jazz concert by Soundtracks review Saturday, August 27 in the convent of the former Olivetani Monastery and beyond concert by the association MusiCuMozart at Villa Caccia Dominioni on Saturday 6 September.

All without forgetting the traditional ones canton festivals (from 29 to 31 July), Garbatola (from 28 August to 4 September) e S. Hilary (from 6 to 11 September) ending with Lazarettoens fest (from 23 to 25 September), which changes organizer year after year. To August, however, the traditional also returns S. Fermo messe, which the administration aims to make “even more vibrant and interesting”. A calendar for all tastes, in short, for what the first citizen Daniela Colombo, the cultural councilor Laura Alfieri and the entire government team – who thank the associations that have collaborated in the realization of the planned events – want “can finally be a peaceful summer fully experienced by all“.