The presentation of Lambretta G350 Special and X300 in the Brera district last night inaugurated the review of events related to Milano Design Week 2022. The decision to launch two new top models could only fall on Lombard’s capital. Where else? The name Lambretta in fact, it originates from the Lambro River, which crosses the area where the historic Innocenti factory once stood, in the Lambrate district. Right from here, in the capital of lifestyle, design and fashion, Lambretta redesigns its future.

To be there though me, it was almost a family affair when my dad in the 70s owned one Lambretta 125cc with hood. I often traveled clinging to my mother – sitting sideways, balanced, with the scarf caressing her face – and I observed this light blue vehicle, particularly voluminous, parked in the garage of the house. It was a cheap scooter, intended for a popular clientele, and which over the course of 75 years, based on a past in black and white, has been able to renew itself and at the same time preserve its recognizable imprint. As I said, in 2022, the series is enriched with two new urban scooters, G350 Special and X300, rresult of the cooperation between the Austrian company KSR Group and the Thai branch. Also in Asia, the opening of the first premium flagship store in New Delhi is scheduled for the end of 2022. 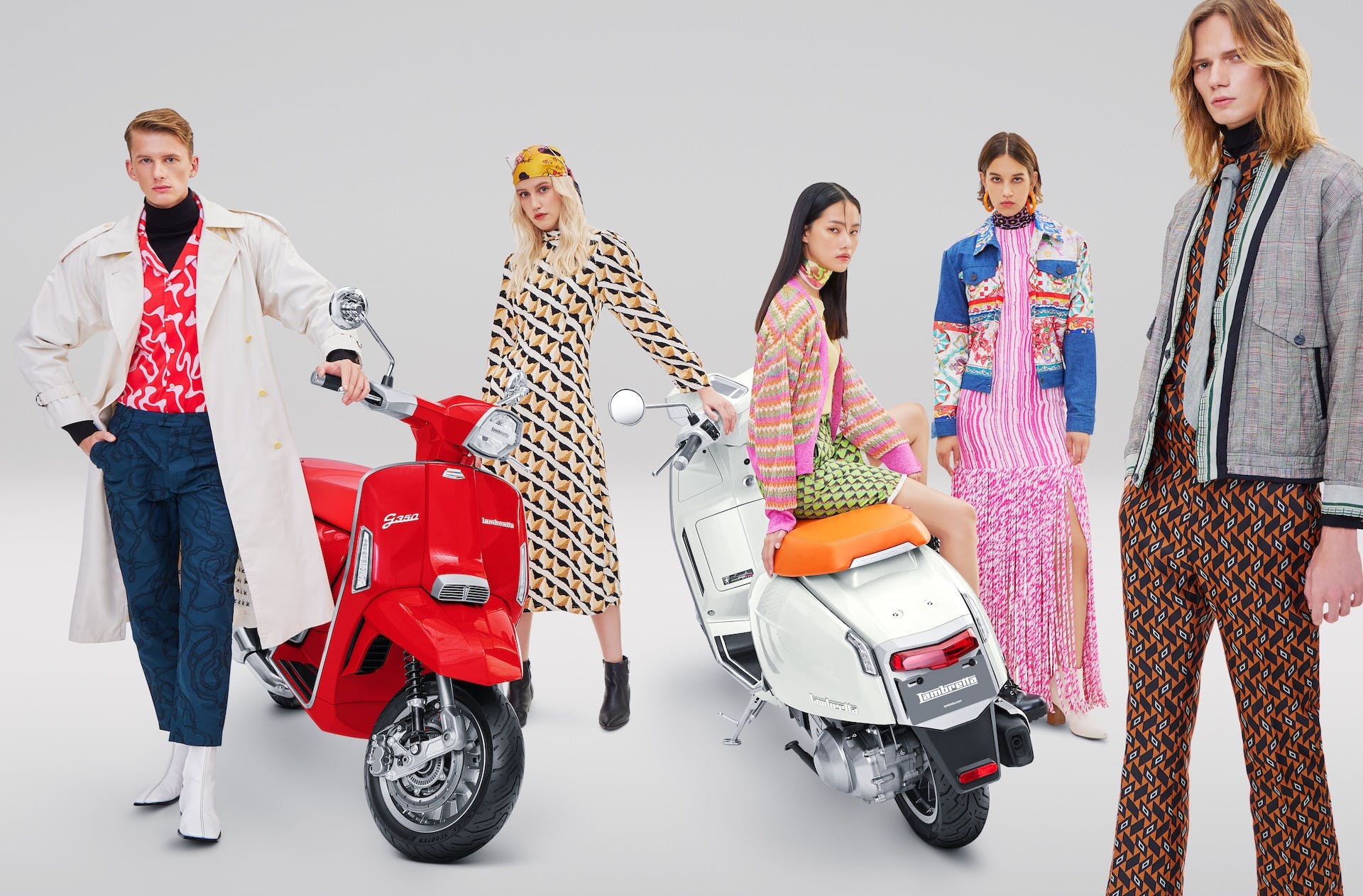 To describe this model is the starting point EICMA 2019. On this occasion, the vehicle is displayed in the form of a concept with the name of G325 Special. Due to the pandemic, the development and launch phase of the scooter has been postponed and the brand’s flagship model is now on the market with an increased displacement. If we move on to the more technical aspect, the engine is one 1-cylinder 4-stroke, 4-valve, liquid-cooled. The monocoque steel frame preserves the famous interchangeable side panels, with respect for the tradition of the house. Also present is the typical front suspension with pulled wheel oscillating arm and dual shock absorber; the brake system has a double ABS channel. Full LED headlights and TFT screen complete the technological equipment. The capacity of the tank is 9.5 liters while the price, which is not yet official, would be around 7,200 euros.

Lambretta 300, the debut in the X-series 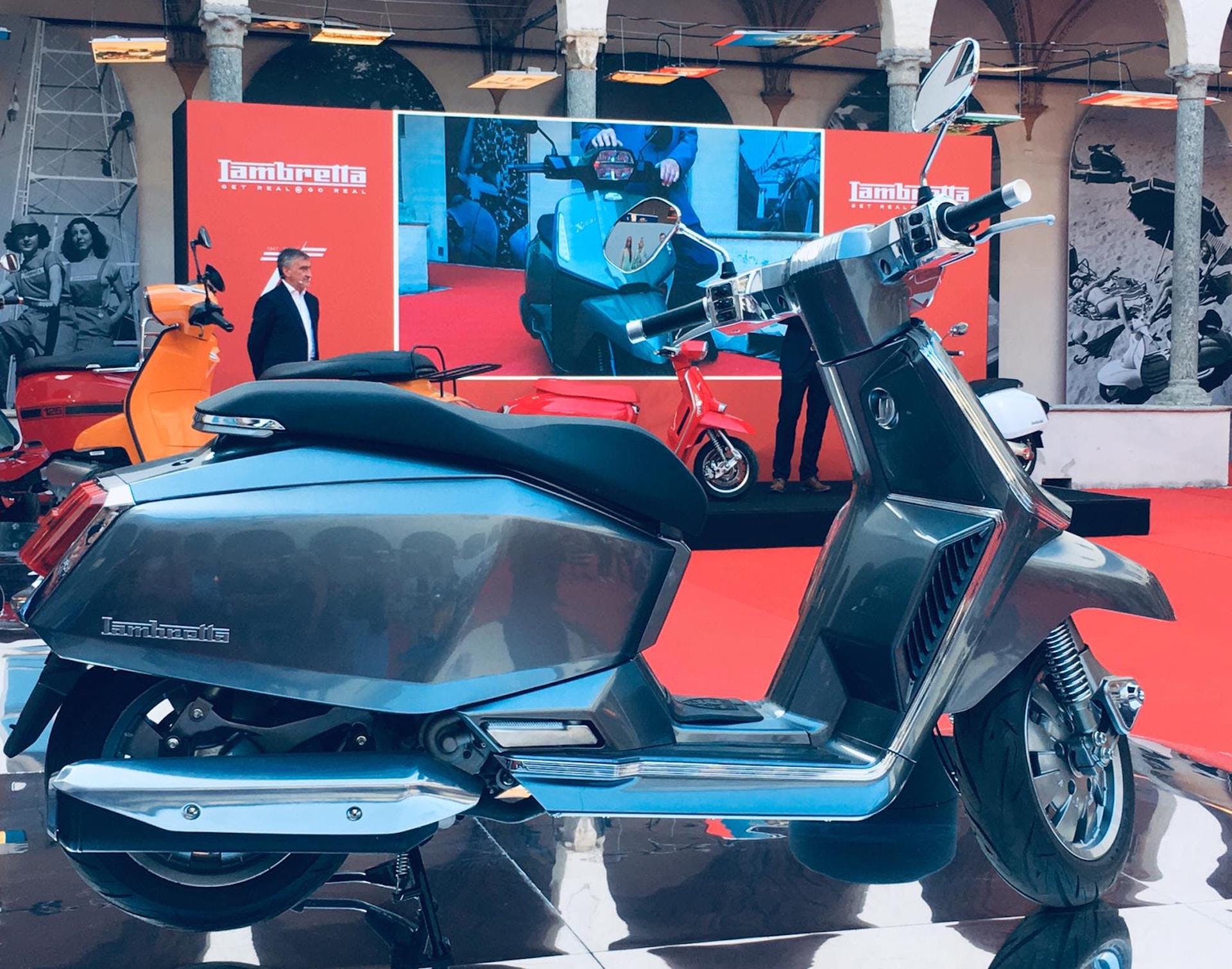 2022 marks the debut of the X-Series andThe X300 is the first model to be a part of it. The forms were born out of a concept devised by Walter Scheffrahn, president of Lambretta. The design is sporty, with that special know steel sides with “diamond” lines. The fixed screen is maintained, one of Lambretta’s “trademarks”. The frame is tubular, with a semi-monocoque that unites the footplate, shield and sides, all in steel. Among the various technical features: front-wheel suspension with swingarm with towed wheel and double shock absorber; dual disc brake (front and rear) with dual channel ABS; full LED headlights. The boot system is keyless. For electronic injection, the technical partner is Bosch. The instrumentation is full-digital. The 280cc engine can push it up to 130 km / h. Its price starts at 5,900 euros.

The set-up at Milano Design Week 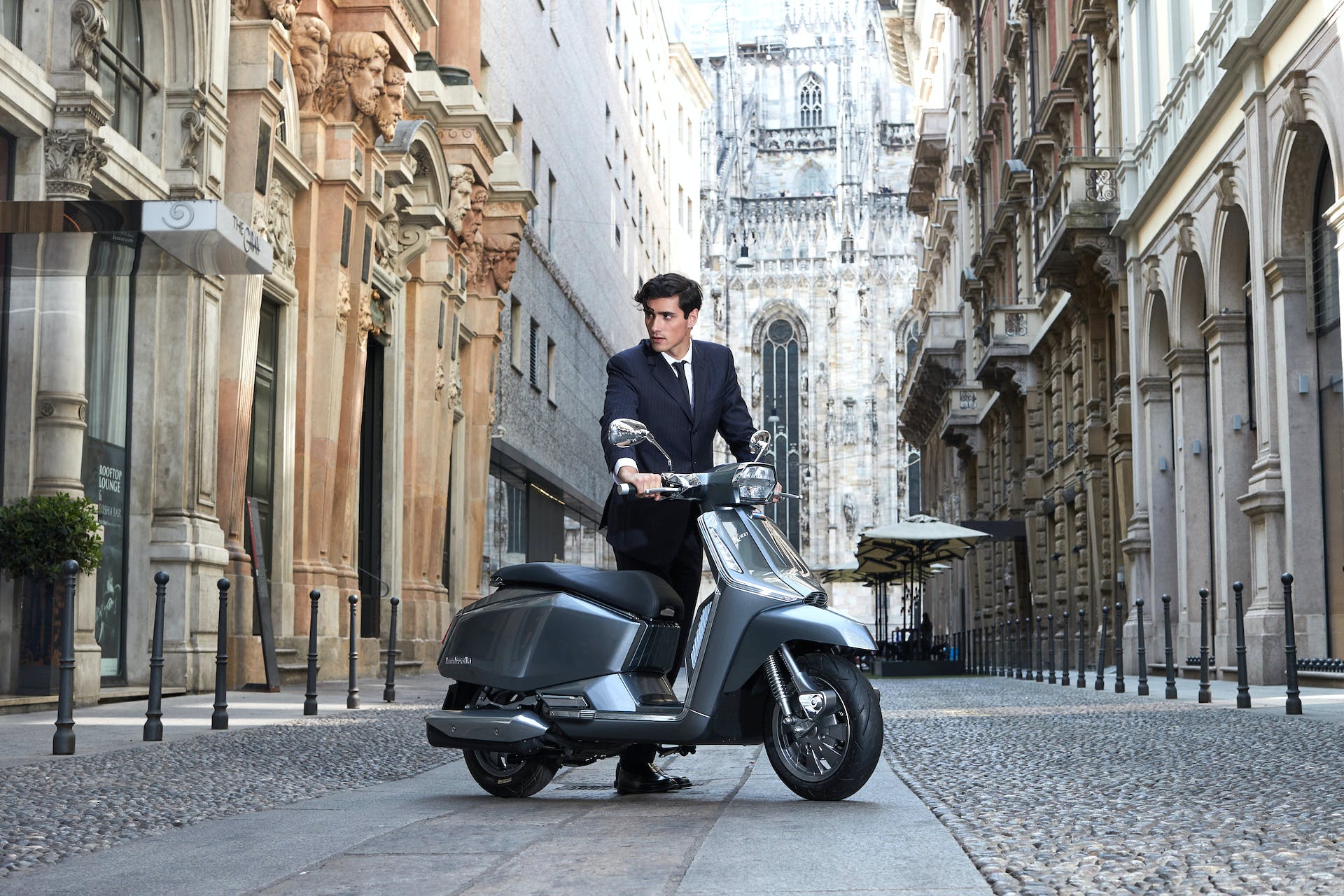 “Infinite | Legacy for the future “. This is the theme of the exhibition, set up in the small convent of San Simpliciano, the city’s oldest, until June 12. The artistic installation, born in collaboration with Lambretta Museum, combines models from the past with the present and the future, in relation to each other thanks to the extensive use of iconographic material. By visiting the exhibition you can experience the passage of time, starting from the outer ring to the center of the installation. Among the most representative examples of the brand is the first model produced, the Lambretta M (A) designed by Cesare Pallavicino for the frame part and Pier Luigi Torre for the mechanical part; space also for “Golden scooter” by American actress Jane Mansfield and the model 225 strokes, which may exceed 170 km / h. Finally could not miss meeting in Lambretta Club Milanscheduled for June 8 at. 18.00, again in the Monastery.