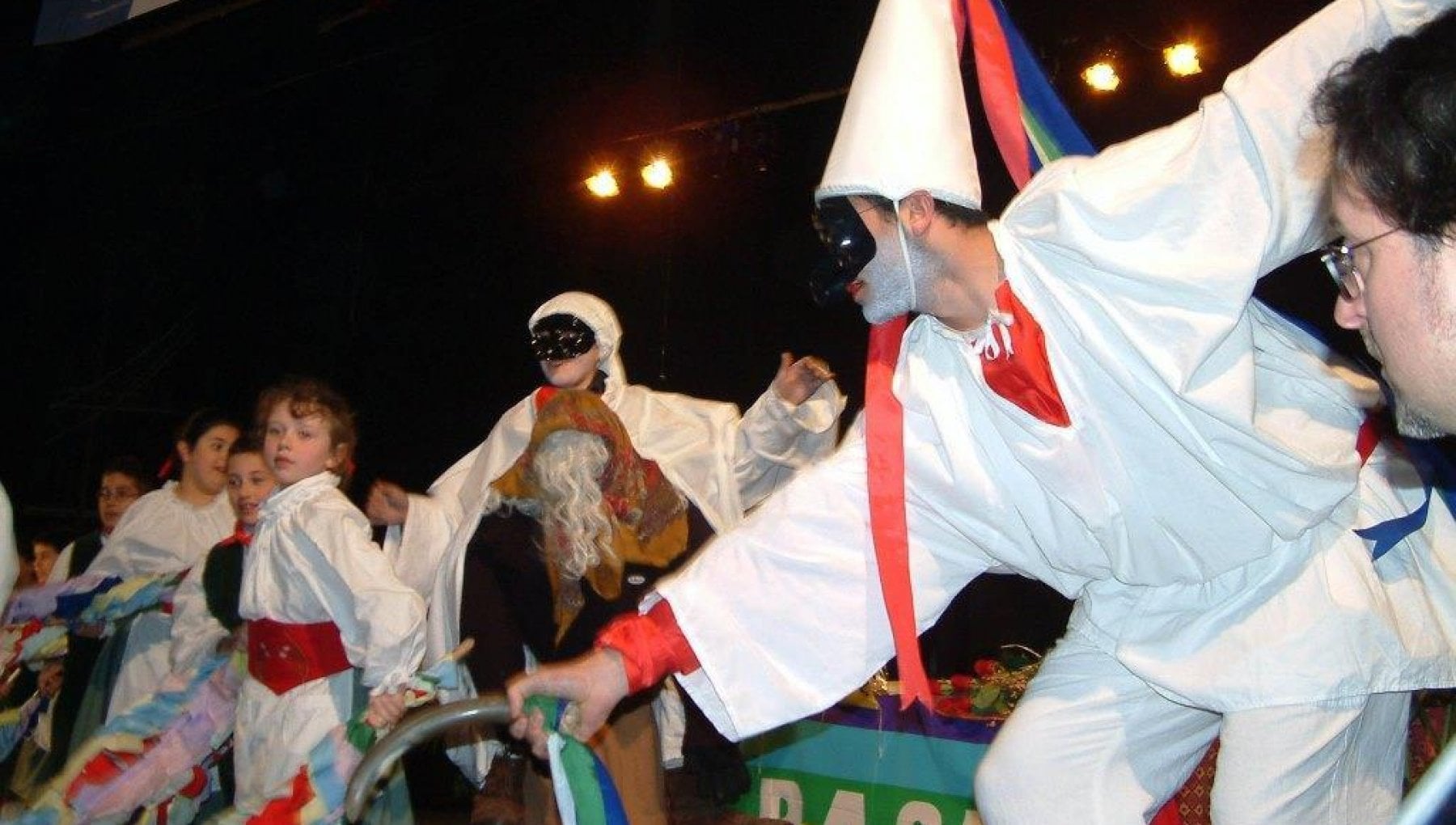 The 22nd edition of the national school theater review “PulciNellaMente” opens today at 19 with the presentation of the new album of the Neapolitan musical group Foja, “Miracles and Revolutions” in the Palazzo Ducale “Sanchez de Luna” in Sant’Arpno.

The review, which premiered yesterday, Wednesday, with a workshop on comic book writing (conducted in synergy with Istituto Mondo Libero) conducted by Lello Marangio, and starring actor Francesco Procopio, ends July 10 next. Dozens of agreements are planned, which from May 12 to July 10 will bring Sant’Arpino, the city of Fabulae Atellanae, back to be a reference point for art and culture, where many protagonists in the world of theater, literature, music , cinema, journalism and television, will meet with students from different Italian locations.

The review, conceived by Elpidio Iorio, Carmela Barbato and Antonio Iavazzo and supported by the municipality of Sant’Arpino, benefits from the protection of the Campania Regional Council. In the immediate appointments there will be a tribute to Ezio Bosso (Friday the 13th at 7pm) with a reflection on the documentary “Ezio Bosso: le cose che restano” (which will soon be broadcast on Rai3) with actor Enzo Decaro and director Giorgio Verdelli.

In the busy program, there is also a tribute to Franco Battiato, a year after his death, with a reflection on the documentary by Angelo Bozzolini “The Courage to Be FRANCO”. Director Bozzolini himself, singer-songwriter Giovanni Caccamo and other protagonists of the documentary, which aired on Rai1 on May 18 the next day, the day of the anniversary of Battiato’s death, talk about it.

Among the most important events is the delivery of the PulciNellaMente Lifetime Achievement Award to director Leonardo Di Costanzo, winner of the David di Donatello Award for screenplay with the film “Ariaferma”. Meetings are still scheduled with: Peppe Iodice, Lello Marangio, Francesco Mastandrea, Francesco Procopio, Daniele Decibel Bellini, Marco Critelli, the main characters of “Peppy Night Fest … The Second Dose”, a cartoon program for revelation that will be awarded; with Gruppo de La Mask, who will present the new album “Sotto chi tene core; with former Minister Vincenzo Spadafora; with the founder of the National Puppet Theater, maestro Adriano Ferraiolo; with the Committee for the Pulcinella mask’s candidacy for the UNESCO list of intangibles assets, a World Heritage Site, including Domenico Scafoglio, Nino Daniele and Lello Esposito.

“Wartime Information” will be the topic to be discussed during a video interview with TG1 Deputy Director Francesco Giorgino; while “What Europe for Peace?” will be the theme of the meeting with Pina Picierno, Vice-President of the European Parliament.

Also planned is a lectio magistralis by Maria Luisa Chirico on Fabulae Atellanae; a conference at the Istituto Mondo Libero entitled “Mario Lodi, in the 100th Anniversary of His Birth – A Journey through the Eyes of Cipì”, with the patronage of the National Committee for the 100th Anniversary of Mario Lodi; the usual agreement with Musicians of the Via Atellana, curated by Lorenzo Fiorito, which this year will have as its theme “Sponde sonore: baroque musical routes between Naples and Spain”.

In collaboration with Pro Loco Sant’Arpino, the nomination “Franco Pepe Story: Meeting with the King of Pizza”, with a reflection on the territory’s excellent agricultural food and the presentation of XXVIII Sagra del Casatiello di Sant’Arpino.

Finally, the Genius Loci – PulciNellaMente Award is back, promoted together with the Istituto di Studi Atellani, which this year will be awarded to Marina Confalone. Space also for visual art with the exhibition “CARTANIMATA Series” – The Wonderland curated by Giovagambacorta, at the “Massimo Stanzione” Contemporary Art Gallery in Sant’Arpino. The poster for the review of the XXII edition of PulciNellaMente was created by artist Lello Esposito.