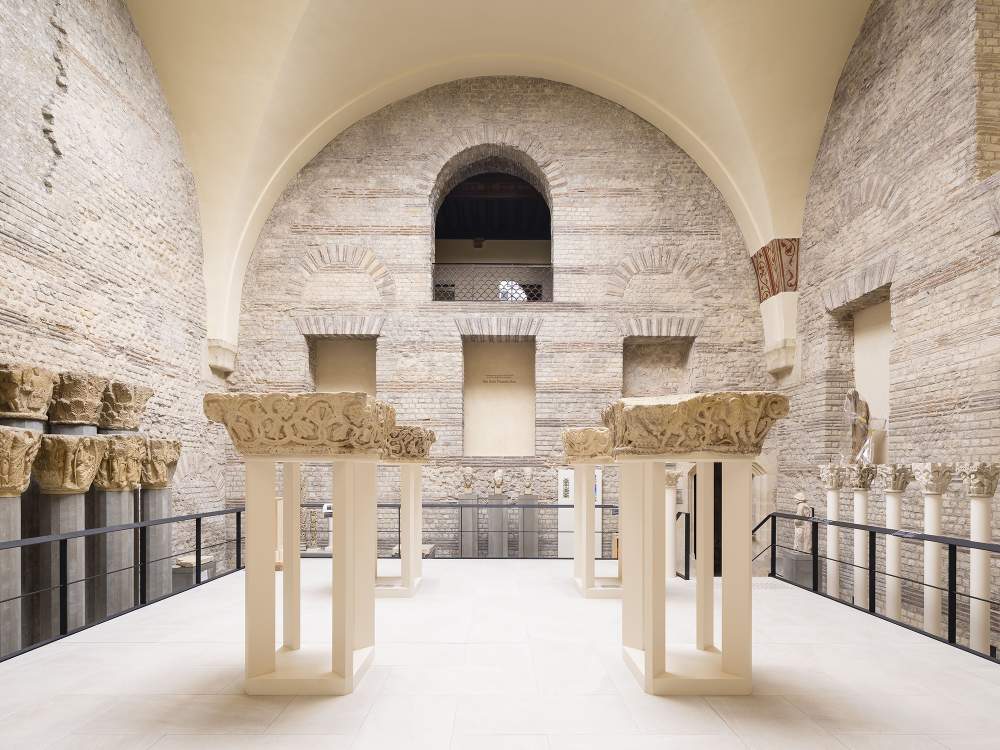 The work started in 2011 has been completed: now the medieval museum offers a chronological itinerary with thematic focus

The Musée de Cluny, the only national museum in France dedicated to the Middle Ages, reopens on 12 May. It is the culmination of a long process of restructuring, the most extensive since the creation of the museum in 1843, which began in 2011, with the restoration of the space to «The Lady and the Unicorn», the famous cycle of six tapestries from the early sixteenth century. In 2015, therefore, there were restoration of the Roman baths (around I-II century AD) in ancient Lutetia and in 2018 the inauguration of the modern building, designed by architect Bernard Desmoulin, on the boulevard Saint Michel side in the heart of Latino, from which the public now enters.

The museum then closed its doors again in September 2020. Meanwhile, the magnificent 15th-century Gothic Hôtel des abbés de Cluny has been restored and the museum has been upgraded and made accessible to the disabled. The itinerary has been rewritten, in a chronological key, with some thematic entries, and the museography has been rethought, which had never been revised since the 1950s: a construction site for 21 million euros, mainly by public funds, of which 2.5 million for the restoration of the ancient remains and 11.4 to the museography.

After delays, also due to the pandemic, we stand here, more than ten years after the start of work, with a brand new, more spacious and brighter museum. The itinerary, entrusted to the Gardère studio, has been developed in 21 rooms. The works made it possible to expand the exhibition spaces and display 1,600 works, some restored to the apartment, out of a collection of 24 thousand. “The scientific and cultural project has developed in the most coherent way for us, that is to follow the thread of timeexplained Conservative Isabelle Bardiès-Fronty. But because of the very nature of our collection, which is richer in certain periods, less so for others, the path necessarily involves different times, with varying accelerations and insights. For example, we have an entire floor dedicated to the 15th century. But that is logical, since we are a museum of artefacts, not of painting, and these artefacts have mainly spread in the late Middle Ages. It’s our DNA“.The visit therefore begins from the oldest monument, the thermal baths, which in addition to the showcases dedicated to the museum’s Celtic collections will continue to host temporary exhibitions (the first of which will be “Les arts à Toulouse au” 14e siècle “, next autumn). going back in time, you encounter shop windows filled with masterpieces, such as the West Gothic gold crowns of the 7th-century Guarrazar treasury, and the Romanesque hall offers a remarkable collection of capitals, including those of the Saint-Germain-des-Prés church. in Paris and the monastery of San Pere de Rodes in Catalonia.The restored «Hall of the Kings» with the famous statues of the facade of the Notre-Dame Cathedral, which was dismantled during the revolution, is still one of the most fascinating on the museum.

Among the thematic spaces, one dedicated to Limoges enamels, plates, crosses, reliquaries and coffins is finely worked with the champlevé technique, widespread in the 12th century. Finally, all the elements of the Sainte-Chapelle in Paris, the oldest stained glass windows and the statues of the apostles (13th century), also restored, are gathered in a single room. A space dedicated to Italian art from the two and fourteenth centuries: it presents the magnificent wooden sculptures of the Virgin and St. John from the sculptural group “Deposition of Christ” in the Cathedral of Prato (XIII-XIV century). A new space is dedicated to secular art from the 15th century with a large and original collection of everyday objects. The restored chapel at the Hôtel des abbés and the courtyard (where the museum’s entrance used to be) are now part of the tour.

The presentation of “The Lady with the Unicorn”, at the end of the course, has not changed. In the last large post-medieval room, dedicated to Northern Europe, all the elements of the sixteenth-century tapestry are exhibited at the “Vita di Santo Stefano”, 40 meters long, in wool and silk, attributed to Guillaume, for the first time. de Rasse.