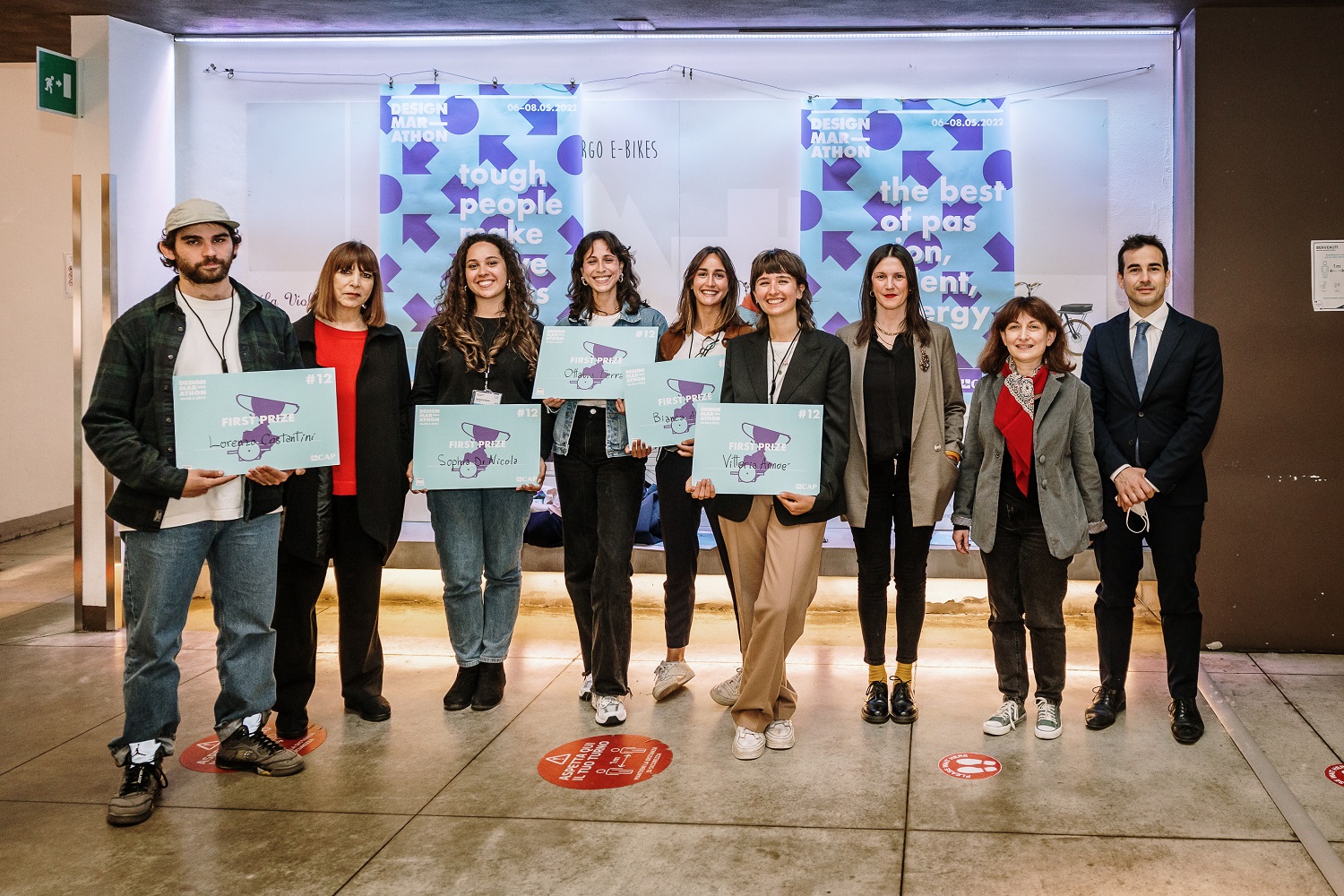 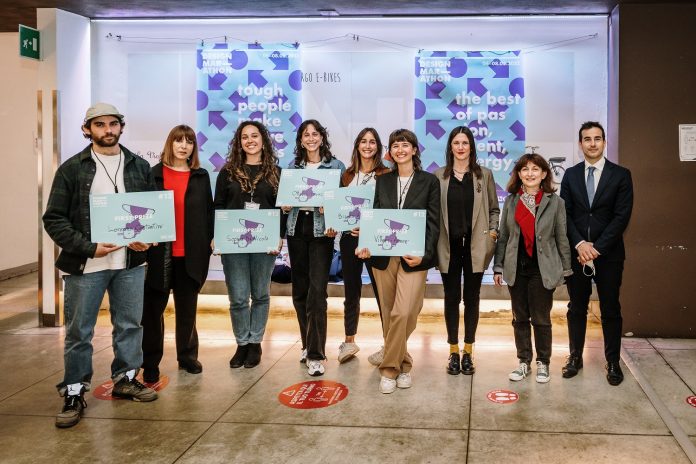 Is it possible to turn an anonymous space into a welcoming square for the citizens? Is it possible to give identity and attractiveness to a neglected urban area, but with great potential, thanks to the fact that it is an important crossroads for the city? That is the challenge CAP grouphead of the integrated water service in the capital city of Milan, launched the 12th edition of NABA Design Marathon. 50 young people, divided into 10 groups, who produced 10 different creative projects to imagine a piece of the neighborhood adjacent to the company’s new headquarters.

The Design Marathon has rethought and reinvented Largo Tazio Nuvolari, in the southern area of ​​the city. “Today, Largo Nuvolari is only identified at the Romolo metro stop and the bus terminalexplains Alessandro RussoChairman and CEO of the CAP Group. Not only that: it is closed between the railway and an ATM car park. In short, a “non-place”. This marathon is part of the way of involving the neighborhood and opening up to the citizens, which we have started since 2018, with the beginning of work in our new headquarters, which is located in the adjacent via Rimini, also to rethink some space, or not at all, used in the neighborhood“.

The project that was more than the others able to achieve the expected results was “Wide“By the team ZEROLAMPO STUDIO, composed of students from BA in Design and MA in visual design and integrated marketing communication Vittoria Annoè, Bianca Atzori, Lorenzo Costantini, Sophia Di Nicola and Ottavia Ferraris. In addition to the winners, two special mentions were dedicated to the projects “Can be returned“By the team Exceptconsisting of undergraduate students in Design and Graphic Design and Art Direction Arianna Cannone, Anna Bonomi, Anna Andres Serpi, Andrea Labanca, Erika Montanaro, and “Romulus lighthouse“By the team Next stop by Aldo Mucciarone, Allegra Scavone, Camilla Pagnin, Martina Petiti, Miriam Rossi, students from BA in Design and BA in Social Design. The winning design got one prize of 4,000 euroswhile the two special mentions were rewarded with 1,500 euros each.

“This is an important opportunity for the students at the academy, who were involved in the 12th NABA Design Marathon at the Largo Tazio Nuvolari regeneration project, right next to the NABA campus in Milan.he claims Donato MediciCEO of NABA. The project challenged them from countless points of view, and it was a unique opportunity to confront oneself with a context that is as real as it is familiar, and imagines new interpretations of the world around them.“.

The Design Marathon is a format created by NABA, the Nuova Accademia di Belle Arti. It is a competitive 48-hour workshop where the academy’s best talents compete for one or more design challenges launched by a company that has chosen this type of collaboration.

NABA students, educators and people from the CAP Group worked together in an intense co-design session held over the weekend of May 7 and 8, with the aim of proposing Largo Nuvolari regeneration concepts by rethinking each element architecturally, from signage for visual communication of the square, from street furniture to services to the functions offered to citizens. Following an institutional greeting from Donato Medici, NABA’s Executive Director, to accompany students on this path, in addition to NABA mentors and teachers, Gregorio Poggetti and Maurizio Scalzi Demetrio Scopelliti, Director of Urban Planning, Territory and Public Space at Mobility Environment and Territory Agency (AMAT) and Matteo Colle, External Relations and CSR Director for CAP Group, who on Saturday morning gave students some ideas for soft urban renewal efforts.

In particular, NABA students have completed projects that allow for a new visual characterization of largo Nuvolari, involving the various users of the site (residents, commuters, students, children, the elderly, etc.), promoting forms of sustainable mobility (bicycles, pedestrians) , the ability to connect the various elements of interest in the area (services, offices, schools, etc.) without disrupting existing services (especially with the public transport service). Without forgetting the feasibility and cost of the procedure.

The Design Marathon is part of the redevelopment program for the neighborhood around Via Rimini, where Gruppo CAP in 2018 started the construction site for construction of the new headquarters, a building with high sustainability standards that wants to become a meeting place and a reference point for the neighborhood. In the name of sharing and inclusion, a project was launched, led by Super, the suburban festival and in collaboration with NoiCoop, (Consorzio Cooperative Lavoratori), by participation and involvement of the neighborhood, which aims to involve informal groups, networks, active individuals and associations to jointly reconstruct all spaces around the new headquarters. CAP Group works with artists, architects, landscape architects and urban planners to carry out some interventions in the surrounding spaces.

In particular, following a discussion with the various realities in the neighborhood to verify needs and aspirations, Gruppo CAP and Super have created a series of initiatives and workshops aimed at families and children in the neighborhood to talk about the environment and give a new face to the park: art installations, theater and gardening workshops for teens, activities for kids and even walks around the neighborhood. CAP Group has also promoted the Milano Unplugged project with the Feltrinelli Foundation, which offers a training program for aspiring video journalists between the ages of 18 and 25, who will be asked to tell about the neighborhoods they live in, those in Barona, Abbiategrasso, Stadera, Red Church and San Cristoforo in the city of Milan.

The project uses art on several levels as a clue to the urban renewal of the square with the ambition of transforming the area into an independent cultural center and one of the most exuberant places for rethinking and rebirth in the city. A cultural incubator who, through calls to action, is able to activate the citizenship of the neighborhood and at the same time attract new talents in art and design from everywhere.

Project name: EMPTY TO BE GIVEN

The “void” in the suburbs to be filled is the metaphor used for this project, which reflects on the possibility of involving the citizens and associations of the neighborhood through the construction of “empty” containers to be filled with events and services. A kind of “basic kit” that needs to be adapted to enable mechanisms for the appropriation and care of one’s own territory by its inhabitants.

A number of elements inside the square become gathering points for events and services that change according to the hours of the day. The “lighthouse” protagonist of this project is intended to be a powerful element capable of characterizing the space while providing a security guard at night through its lighting system.