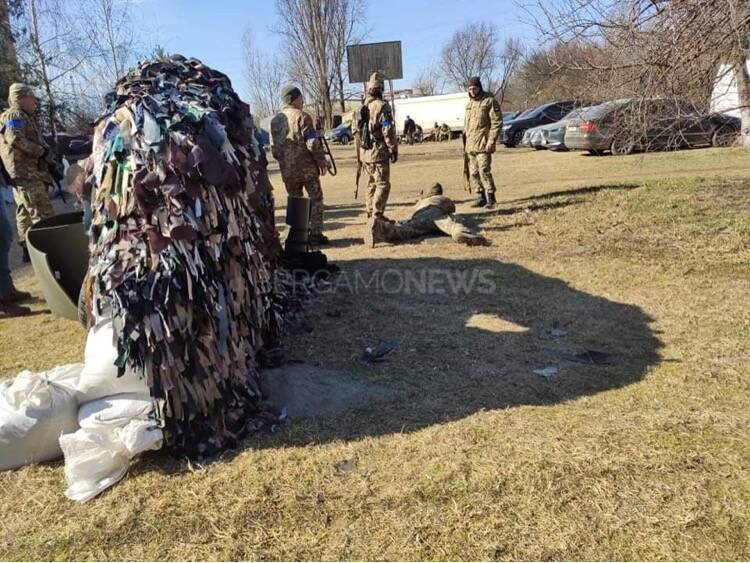 What perfume has the desire to defend its freedom? Freedom in one’s country?

If we were not on the outskirts of Huzhhorod, Ukraine, on an abandoned sports field, one would say that it is two students from Bergamo who take the bus to go to school.

They smile but do not joke while trying to charge the rifle again, lie down on the ground, aim for a target and simulate the shooting.

Who knows if they really think they’ll have to shoot a young man their age? If they realize that at the age of 18 there are life’s prairies to discover and go through and no enemies to annihilate.

They still imagine a man-to-man war when someone in Moscow has the power to push a button and release missiles that can destroy all of Europe from the face of the earth. 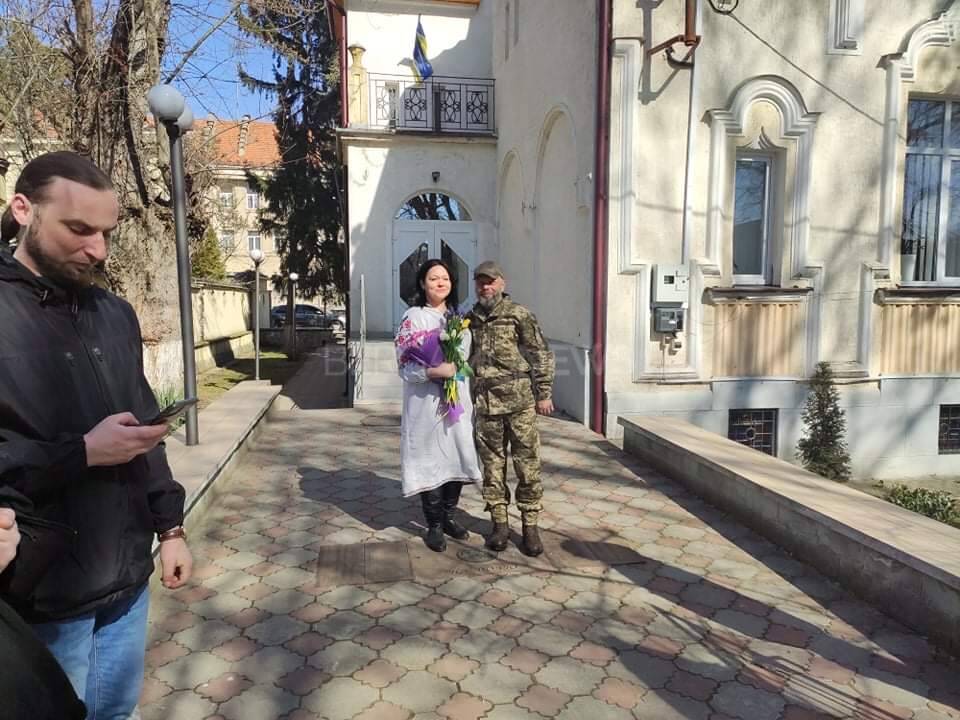 You observe them and ask yourself: what is their fault? If not their young age and the desire to be like all children in the world: free.

Agile, they run on the imaginary path of war, one covering the other, then back to the ground, they load, aim and shoot. They get up and think they have taken over. Like children playing war.

Meanwhile, along the Tisza River, older men are throwing line into the water, waiting for a promising fishery. Along the river, young women push strollers while others, more mature, chatter lively sitting on a quay.

The bridges that cross the city have flags and lights, the desire for a sincere party made by even a little. From a gate, a soldier hugs his young bride, who pushes a small bouquet of flowers to her.

Since the beginning of the Russian armed invasion, marriages have exploded here. The war front is forcing even the most undecided to have someone waiting for them at home. 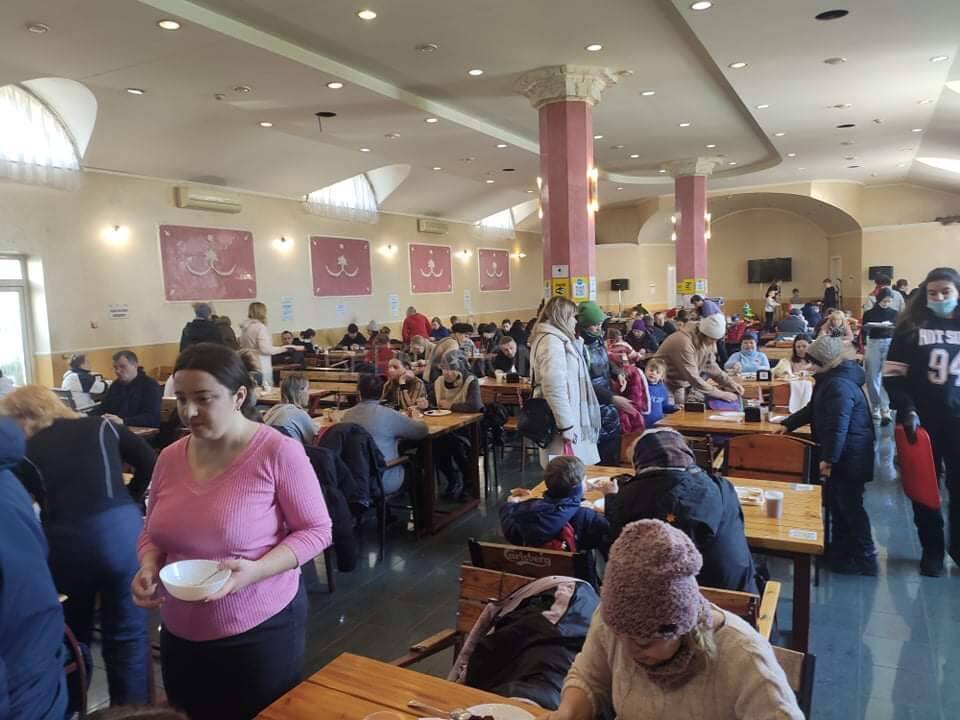 At the end of the bridge with padlocks, there are ladies selling colorful tulips.

Next door, an old wife opens two white bags, selling pumpkin and sunflower seeds for a little while. Even though it’s sunshine, she covers her head for the cold under a heavy scarf. For lunch, we go a few steps further, where the municipal administration has opened a canteen that serves over ten thousand meals a day for free.

They are all Ukrainians fleeing Kiev and the cities bombed by the Russians.

They have not yet left the country and are waiting for this war to end soon and they can go home.

They are housed in schools, gyms, public buildings. They only carry with them what is strictly necessary.

Meanwhile, along the river, life pretends to be a normal Saturday in March, waiting for a spring that frees everyone from the nightmare of the attacker and the nuclear destruction.

The volunteers from Telgate Ana Civil Protection who brought food, medicine and blankets are also well aware of this.

One of the Ukrainians’ requests for emergency aid is iodine. Chernobyl here is a living memory, especially for older women who are anxious, thoughtful and attentive as only they can be. Mothers even without having generated.

In the subdivision of the first material that arrived from Bergamo, everything has its own reference. Even the most anonymous box of legumes, sugar, tomato sauce make up rations of bags that go to families. 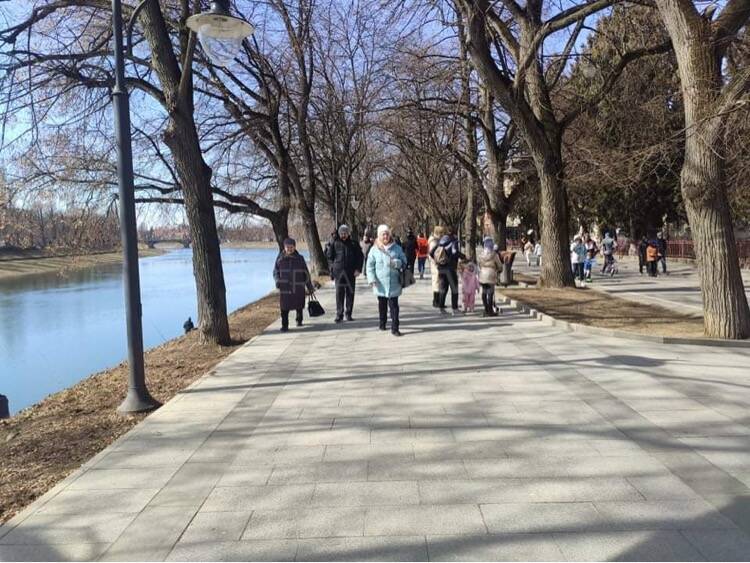 Everything outside looks normal, but the excitement and worry is palpable.

Half-empty rooms and long queues at petrol stations: here they have already begun to rationalize fuel. Sandbags have even been placed on the balconies of the town hall.

People shoot, bomb and die less than two hundred kilometers from here, from Huzhhorod and Côp, regions that have always been divided and annexed to the wars that have marked centuries of European history. The Europe that is closer than ever here: From road signs to Cyrillic signs that go well with English.

Ukraine is as close as one could not imagine. It is an opinion shared by the volunteers from Orobic province who have come this far in this first convoy of humanitarian aid.

In the cold of the night, minus nine degrees below zero, they unloaded 32 pallets of food, medicine and much more material. They went to bed at 5 p.m.

Time to get home before an alarm went off.

They slept on the floor, on the rugs in Anna’s living room, a customs official who welcomed them because hotels and houses are all occupied by refugees.

Two hours of sleep and then off again. The meeting with the army volunteers and the recalled, the agreement with the officials of the municipality and of the service that distributes food to the population. You can ask those you can ask Tarcisio Ravelli, Roberto Alzate, Marco Baldelli, Fulvio Mazza, Maldin Lilollari, Gianbattista Belotti, Davide Manenti and Gago Iulian, Besides Tetyana and to the mayor Fabrizio Sala.

Witnesses of an exodus, rescuers of a humanity’s victim of power.

Now that the journey home has begun, she takes on another commitment: We bring Tetyana’s elderly father and a mother with three children aged 28, 10 and 5 back to Italy. Mayor Sala vouched for them and found housing in a Telgate family.

As he resumes his journey home, it gets dark and cold. At the customs service between Ukraine and Hungary, there are cars full of life, women at the wheel with small children, the dog looking out the window. A thumbs up tears a smile: any weapon can never extinguish the hope of living in a better world. Better because in peace.