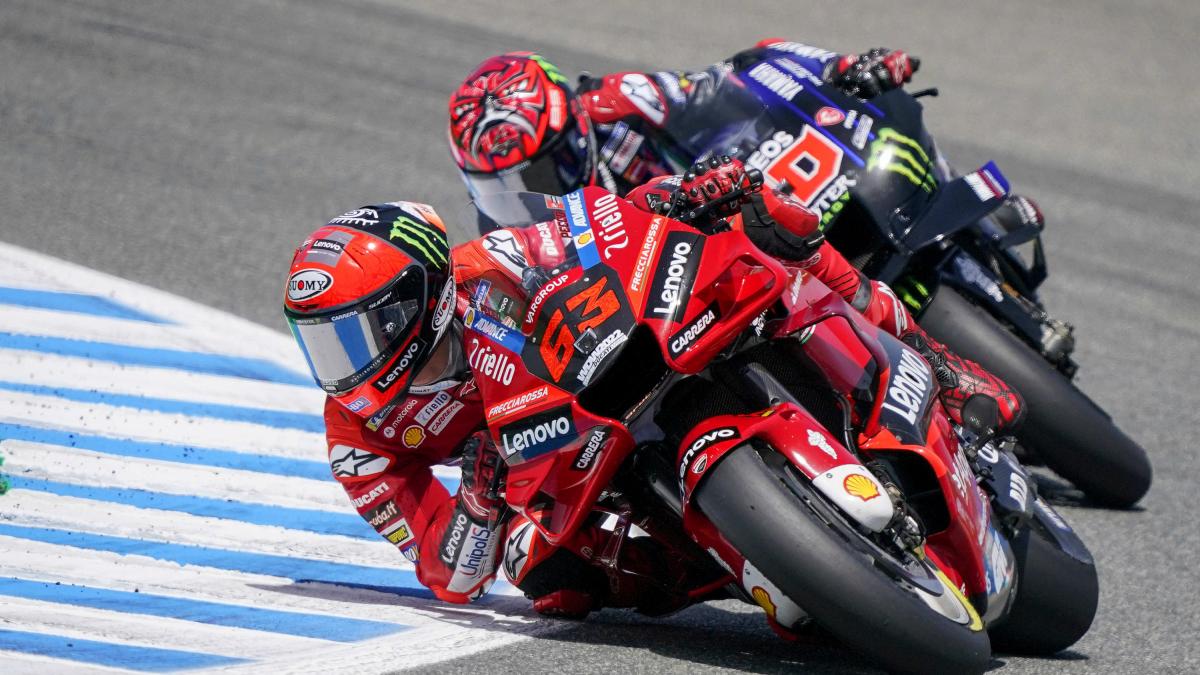 Controversy over front tire pressure data for Pecco Bagnaias Ducati, who won in Jerez. It would have been less than allowed. CEO Dall’Igna: “Measurements vary based on many factors, all manufacturers know this, anyone who makes a controversy does not know things”

The attack on the Ducati MotoGP was frontal: Francesco Bagnaia won the Spanish GP two Sundays ago in Jerez de la Frontera and ran the entire race with the front tire pressure below the mandatory minimum of 1.9 bar (1, 7 instead of the rear tire) without be punished. This is written by the site motosportmagazine.com, which mentions, without mentioning them, an engineer and a team leader from two different teams, who point the finger at Borgo Panigale, also attaching the table, which is usually distributed to Case, Michelin, Fim and Dorna , in which the progress of the race is analyzed, and where it appears that in Jerez in addition to Bagnaia also Jorge Martin (24 out of 25 laps) and Alex Rins (14 laps), as well as Andrea Dovizioso (also 14 laps) laps, but for the rear end) drove with lower pressure when the rule says that at least half of the run must be run within the values.

An attack that prompted Corse director general Gigi Dall’Igna to respond to the allegation: “It is true that there is a minimum of coercive pressure, but at the moment it is possible to acquire another type of sensor. The data with absolute certainty , which does not even take into account the error in the measuring system, as happens, for example, with the data recorded by the speed camera.With different types of sensors you risk a different measuring method, and in addition the same method of obtaining the signals is not armored, which would allow anyone to change the data before it is transferred to the control unit. We at Ducati do not, but I do not rule out that someone has done it and raised the values. ”Things will change next year when a new overall control system will be introduced, with the same sensors, tolerances and receivers the same for everyone, and with the data that will be transmitted through a reserved channel, which allows for some control. “We manufacturers gathered in MSMA discuss with Michelin , Dorna and Fim to define which sensors we should all use and whose reading will be armored – Dall’Igna continues -. Pressure is a security issue and we are very careful to respect it. But if the rear is relatively easy to get back within the parameters, the front is more complicated for the type of race being held, whether it is in slipstream or free: so if you start from the rear, you set up the system in a different way than those starting at the front of the field. The strap is very narrow, if the pressure is too low you risk damaging the rubber, if it is too high you do not have a grip. Usually we start with a lower pressure, to reach full speed after 9/10 laps, we discuss with Michelin which laps and how many tires must be exceeded to achieve this minimum threshold ”.

winners outside the norm

However, Dall’Igna concludes that what happened in Jerez does not involve any sanctions, “precisely because the control system does not currently guarantee absolute efficiency. And this with the admission of all the producers present in MSMA. I do not know from who and why this controversy was raised, but the one who wrote it did not ask us for further control “. And yet, says Dall’Igna, Bagnaia was not the only one to win a race this year under these conditions. “And in fact, there was not even any controversy on our part against other drivers from other manufacturers who have won a race. What if we change something? No, we continue to work like this.”