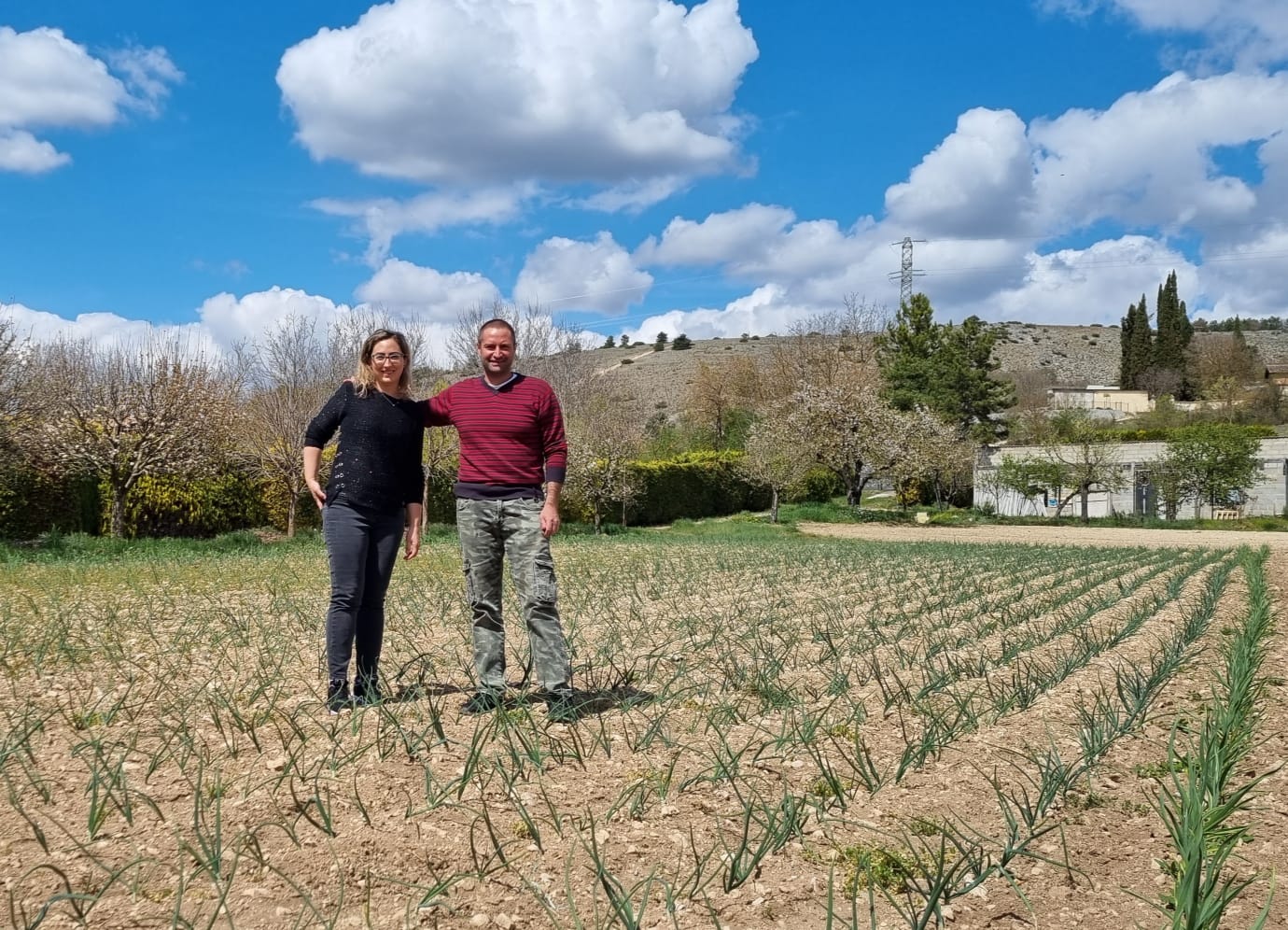 THE EAGLE – Emanuele Falerni And Alessandra De Simone they are two young agricultural entrepreneurs who dedicate their lives to cultivating the land to achieve healthy and original products. The farm, which bears his name, is located in San Gregorio, in the province of L’Aquila, and was born in 2010, when the two decide to give up classical studies and devote themselves entirely to agriculture.

Passion was born in Emanuele from a very young age. In fact, he spent a lot of time with his grandmother Iole who has been a “hard farmer” all his life. Today, Emanuele cultivates acres of land, but the legacy he is most attached to is certainly the ability to sow the old garlic from San Gregorio that Grandma Iole left him, in addition to the old red corn.

“San Gregorio’s garlic, which has historically been grown in the L’Aquila basin, was handed down to me by my grandmother,” says the young man. “Compared to Sulmona garlic, it resists our climate better, especially frost. It has shades between red and pink, and the taste is not very strong, so it is something for everyone.”

The sowing takes place in November, and Emanuele immediately remembers the saying “a good garlic cake in January must be born”, adding: “The garlic must use a period of its time at temperatures below zero to form. And in January the plants are born”.

Towards the end of May, the plant blooms, and out come the so-called “garlic trumpets”, better known as garlic hali. It is the cylindrical stems (or stems) green that develop in the central part of the plant and are removed along with the flowers (which are at the top), to allow a better growth of the garlic (the part underground). , as most people know).

Talli are not readily available in supermarkets because they usually represent a waste section. But the Emanuele Falerni farm collects them “one by one manually” and then treats them to make preserves according to Grandma Iole’s old recipe. The two young people have also been thinking about aficionados of spicy. In fact, with the cayenne pepper, which they also grow and sell “in dried necklaces,” they prepare glasses of oil to season any kind of dish.

Theirs is a “100% natural” farm as Emanuele says, which provides healthy products with an original taste. Alessandra adds: “We do not use chemicals, herbicides or anything else. When weeds occur between one plant and the next, we pull them away by hand.” While he should help himself to cultivate the soil between the furrows, without being too invasive, Emanuele reduced the “shoes” to his little tiller to mimic a handshake.

Finally, when the seedling on the surface has dried up (usually at the end of June), the bulbs, ie the garlic, gather.

Another old product that the Falerni company is very fond of is red corn. Thus, Emanuele explains the work behind it in obtaining genuine products with a characteristic taste, such as polenta. “After the threshing (of the corn) we continue to spread it in the sun to dry it naturally. Once it is dried, it is put in sacks and taken to the stone mill: strictly speaking stone! There it will be worked with slow grinding, as it was once. In this way the germ and all the organoleptic and nutritional properties of the corn are preserved. So the grain will not be burned and a very rustic, granular flour will emerge: just as it used to be “.

In San Gregorio, in addition to direct sales and cultivated land, the company boasts a natural environment consisting of fruit trees. Among these: cherry trees, persimmons and apple trees with ancient apples including Renette, Zitelle, Meloncelle, which together with white, blonde and red onions are very popular among customers who love to eat healthy and locally.

“But it’s not all roses and flowers,” Emanuele admits. After the invasion of wild boar and hedgehogs, the company unfortunately suffers many losses in production. This is why Emanuele is constantly busy rearranging fences that can limit unwanted intrusion.

Emanuele and Alessandra are young and brave. In recent times, they have relied on social networks to interact with people who have become curious about their stories of farming.

What makes them proud of their work are the customers who are satisfied with their products and come back to visit them. Before saying goodbye, Alessandra and Emanuele remember that in the summer, the gates of the Emanuele Falerni farm are always open for direct sale and will be happy to welcome anyone who wants to visit them. “In the summer you will find me in weaving ‘le scerte’ di agli and for those who are curious, we are here,” says Alessandra. Annachiara Valente 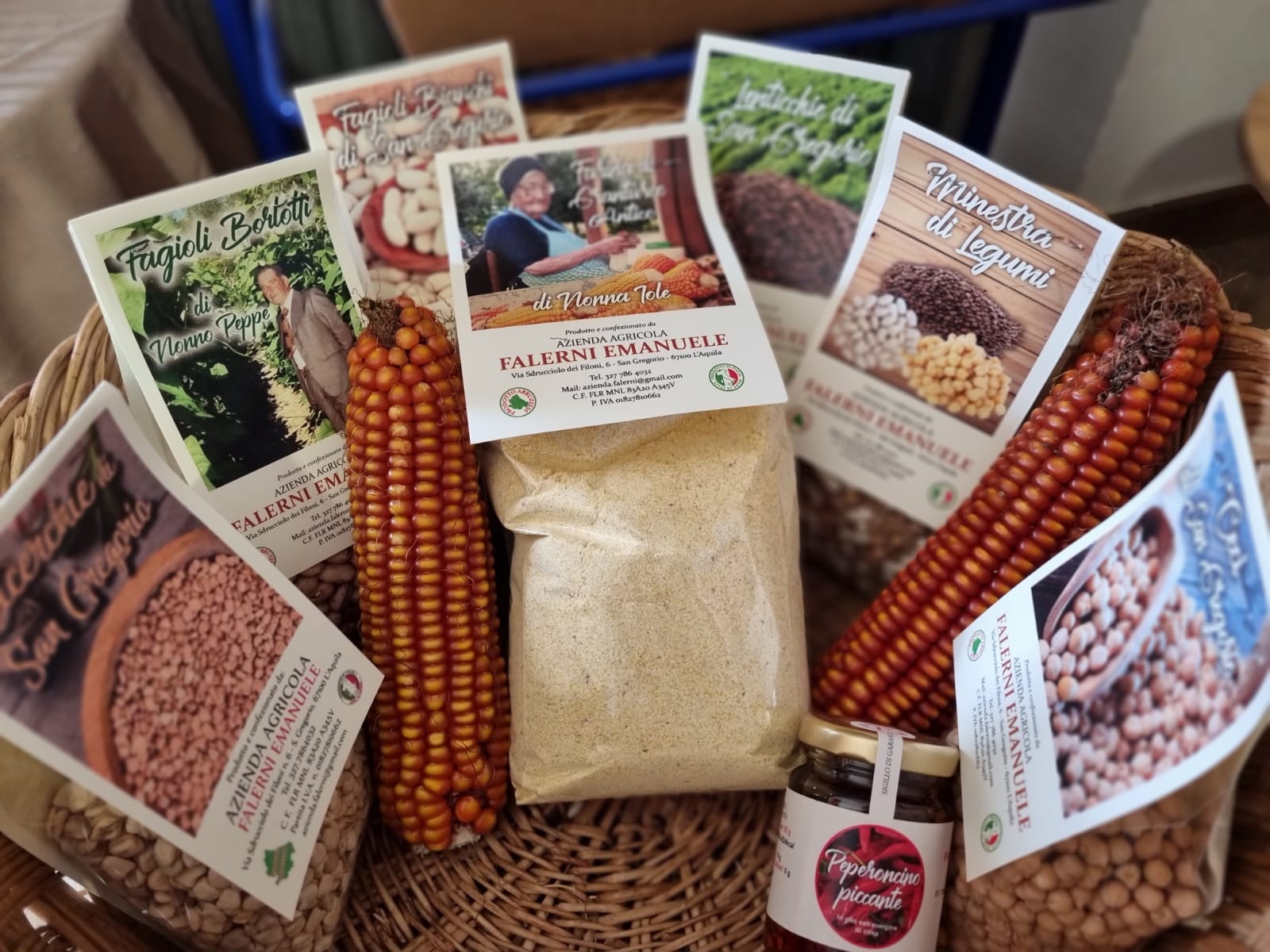 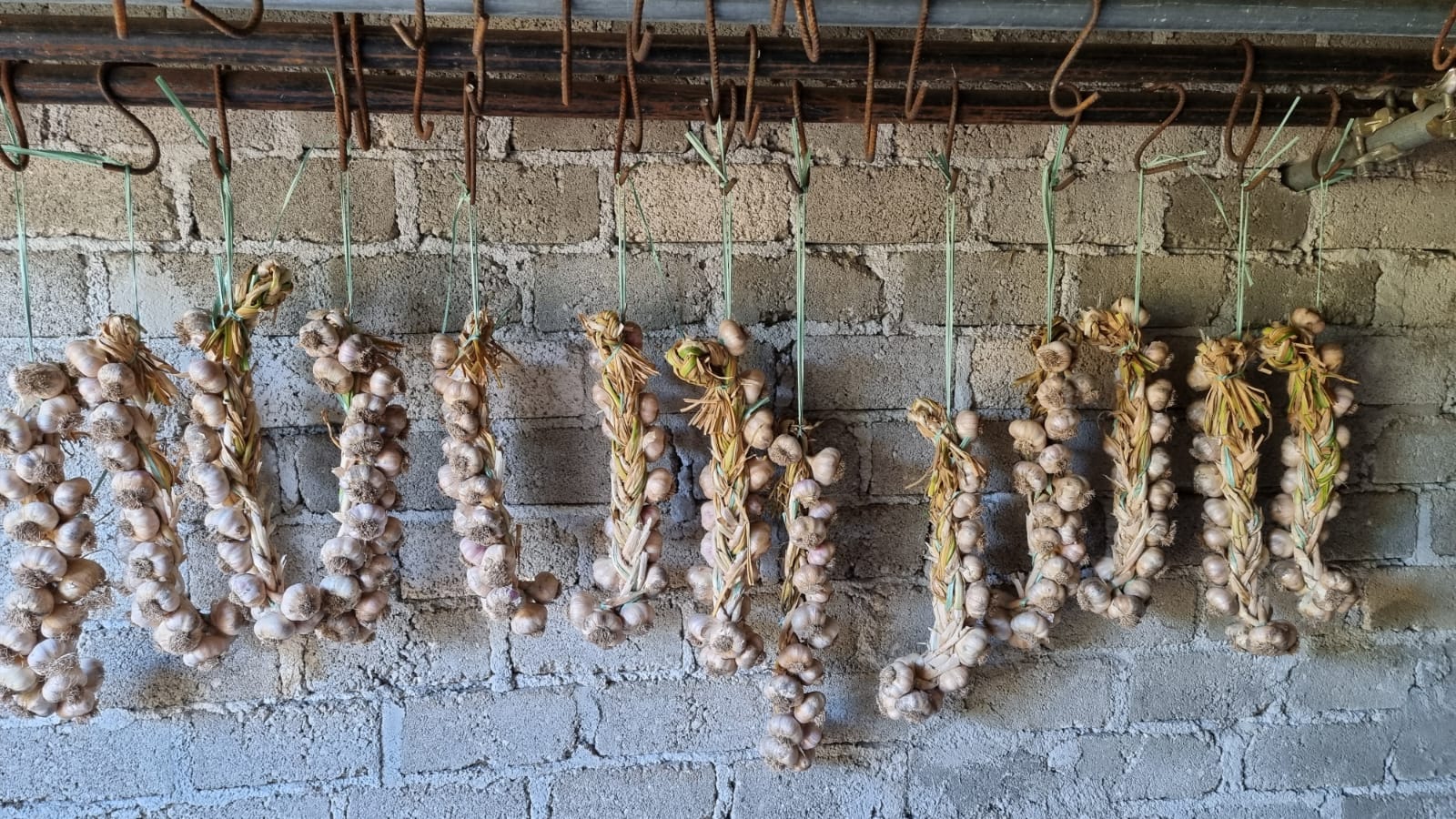 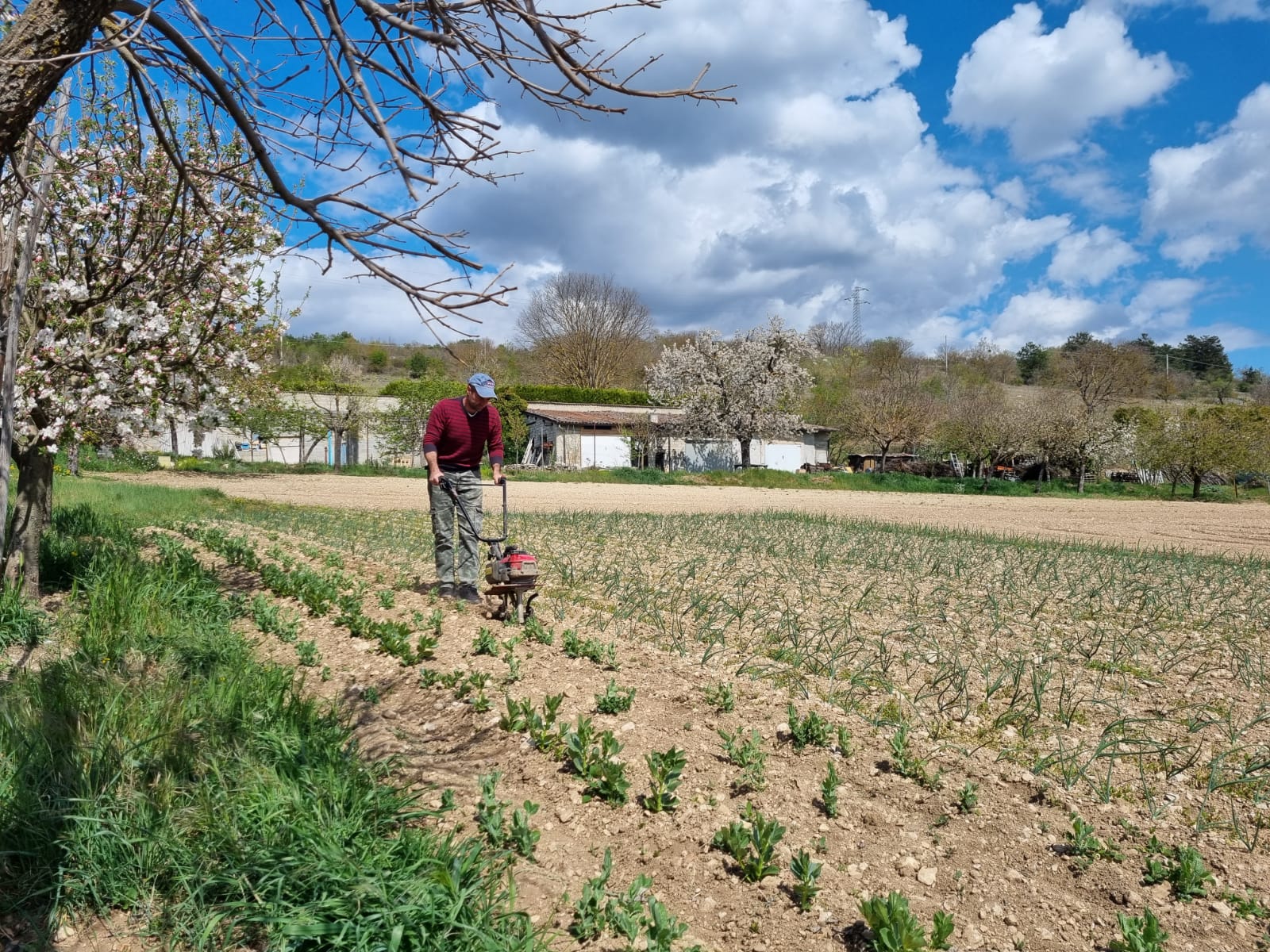