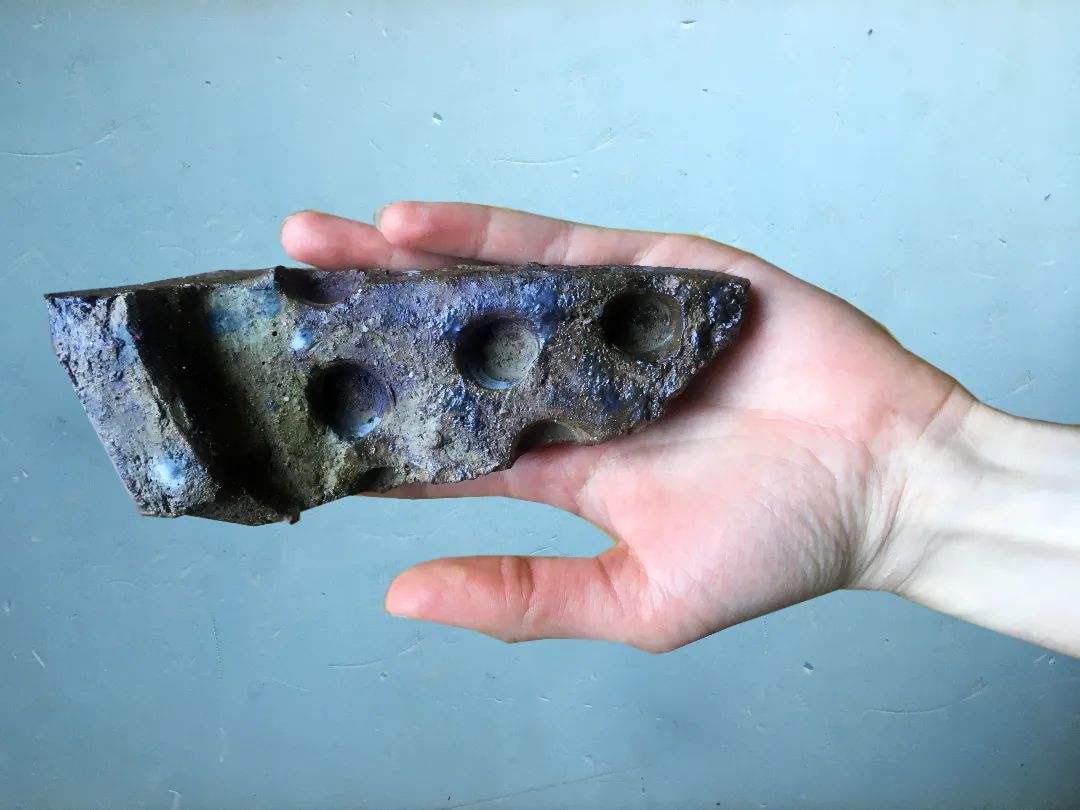 “Sown in the virgin, fermented in the flesh, kneaded in the passion, cooked in the oven of the tomb, given to the believers as heavenly food”. This is how Pietro Crisologo, bishop of Ravenna in 400 AD, defined it. the miracle of the crops being transformed into the Messiah, the nourishment of the earth for unearthly food. It is the poetic and disturbing mystery of life and its immortality, driven by what has always been considered bad work, between the barren and dusty earth, or humble sweat, between the iron and wood of the tool, among the boiling flint stones and set fire to the stoves . And a rare and subtle echo of this ancient energy reaches us from the concave depths of the Peschici-Maresca Palace, in the Borgo Vergini in Rione Sanità, among the remains of the ancient Augusteo del Serino aqueduct. This is a witness to a tacit, silent exhibition, “Depositions”, by the Palestinian artist Jumana Mannafourth intervention of “Under the Arches”, a program of contemporary art curated and directed by Chiara Pirozzi and Alessandra Tronconein collaboration with the Morra Foundation. 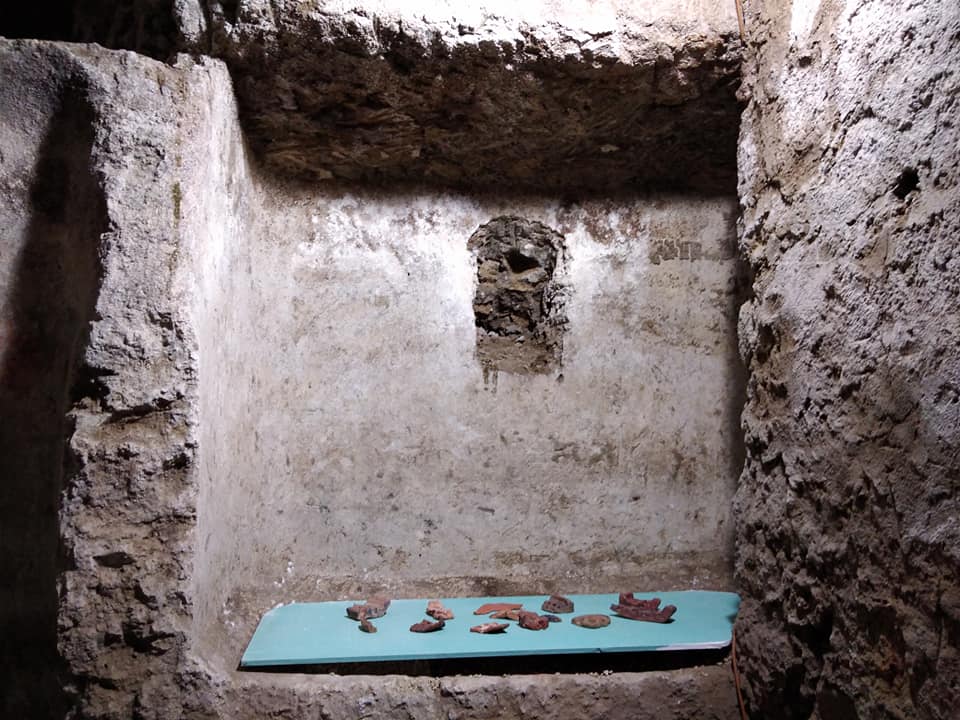 As always happens in ancient cities like Naples, you go down a few stairs of centuries of history, of dead and forgotten matter, yet a living and breathing time in the sunlight, where visions and sensations, concepts and perceptions gradually lost rested. We thus enter a dense environment, woven of solid pillars, adorned with brick sheaths and supported by surprising tuft bodies and concrete work. A skeleton that with discretion acted as a lintel of the building, secretly and revealed only a few years ago, after a collapse. And from the restoration work emerged all the wisdom of the ancient builders, who among these secret chambers understood how to deal with abstract concepts such as empty and full, weight and support, strength and lightness with the same awareness of simple sand, mortar and plaster. 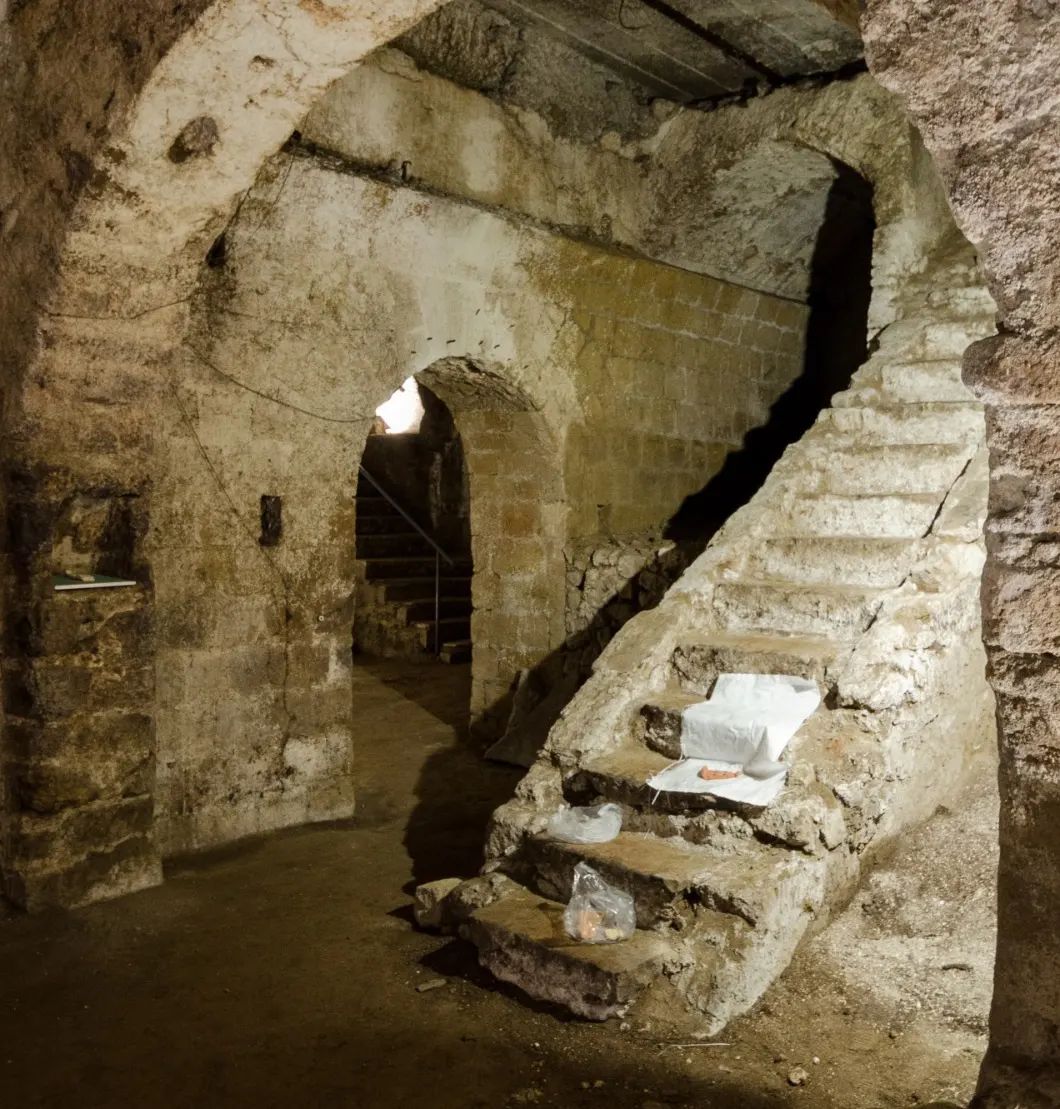 And in this play of balances and imbalances, the Palestinian artist and director, educated at the National Academy of Arts in Oslo, at Carl Arts University in Los Angeles and now living in Berlin, frees himself with a site-specific work as delicate as it is powerful. , as compassionate as she is resolute. And she does it in her own way, and she follows a common thread that began years ago when, as a very young girl, she deciphered and fought all that was state violence and social indifference, organized and internalized, blunt and cutting. Reconfigure for us, in its enormous simplicity, small and delicate terracotta sculptures that revive a visual and emotional memory of ancient craftsmanship, attached to elements such as water, wheat, and ideally reunite them with that which is source and moisture, valuable elements through which life is born and forces. 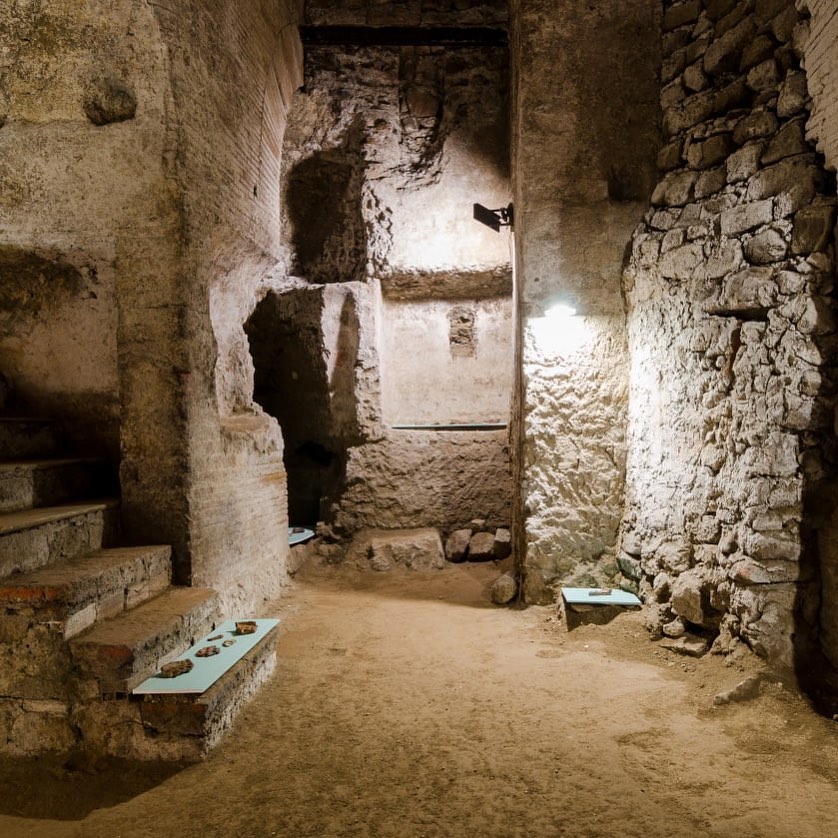 Widespread gifts, gently placed between shelves and small aedicules, on plasterboard that are ridiculous in their crispness and temporality, but which are able to challenge the power of the pillars of the aqueduct, which, despite centuries, dust and cracks, remain intestines, orbital system of an absolute and spectral power, of an empire that crumbled under the destructive influence of the earth, but about which it is impossible to lose its memory.

And if we look at the bottom of the old brick staircase, dazzled by a rear ceiling but still equipped with chutes for the barrels, we are transported to the sidewalk in every Palestinian city, Gaza, Nablus, Hebron, Ramallah. With an optical play, the artist gives us the ancient and merciful scene of old bread, left to the unknown, to the needy, who have no face, religion or identity. An ancient practice that roams the shores of Mare Nostrum, a crossroads of civilizations and perhaps the only true homeland to feed on and be proud of. And that, in spite of everything, it remains a huge portal of communication, of people and knowledge, of Eucharistic symbolism and community life (the bread given by the goddess Demeter in ancient Greece, the unleavened bread of the Jewish Passover, the barley bread that Muhammad advised the sick), that they celebrate the gift because they have always been aware of the meaning of deprivation, wrongdoing, and subtraction.

And it is no coincidence that right here, in this area of ​​ancient Neapolis, dedicated to burials with hypogea and catacombs, in this encounter with a generous community and jealous in its own places, such as Associazione VerginiSanità (which has used hard work for the restoration and securing of the precious remains of the Serino aqueduct) Manna’s work seems to have reached a turning point, maturity.

After a long pregnancy, after years in which the artist’s history has focused on the importance of preservation (the anthropomorphic sculptures inspired by Khabya, ancient coolers used to protect seeds as well as their cultural heritage), manipulation (the story, told in Wild Relativesof the transhumans of the seeds of the International Agricultural Research Center from Aleppo to Lebanon due to the war, wisely integrated with qualities coming from the Norwegian island of Svalbard to commercial and political interests) and realignment (in Headlands the silent opposition of the Palestinians to the ban on collecting za’atar and akkoub, tasty wild plants, imposed by the Israeli government as a form of territorial and cultural sterilization), has therefore reached a harvest season for the artist. Precisely because the gift represents the paradox, the miracle of a positive imbalance, of an insoluble union, of receiving the fruit from those who receive it, adorned with its strangeness.

But who does Jumana Manna turn to? Who is this swollen but cold and petrified pancake for? Who are the hungry? Who has returned or risks having to return to hide underground, in tunnels, in tunnels that caught mice, protected from external threats, but also from much deeper internal anguish? At the end of the steps, between vaults and headboards of fine bricks, between wells and dried out cisterns, between rhythm and suspension, between the visible and the invisible, Jumana is the one who fundamentally welcomes and restores, without distinction, without prejudice, not without pain.