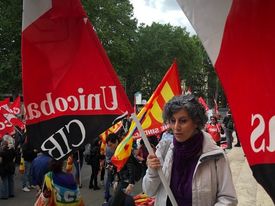 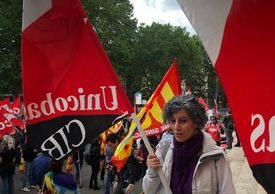 We welcome and publish the following contributions from Giovanna Lo Presti, spokesman for the Ungeskolen.

I read on the Facebook page of School technology comments on the strike on May 6, which, according to an estimate yet to be verified, it would have involved one percent of the school’s staff. The first comment is also the broadest. I report it: If there are 835,500 teachers in Italy, that means 8,355 of them went on strike. If we divide them by the number of Italian municipalities, which is 7,904, we achieve that in each municipality 1 point 05 teachers went on strike, so nothing! Would not these satisfied unions have done better in waiting for a joint mobilization to take place? Would it not have been better if they had waited, instead of going on strike against Invalsi in Invalsi passing by and giving the government the impression that the School supports their DL and that the teachers’ concern is only the Invalsi tests? And the 8,355 colleagues who fell for it, will they be willing to take to the streets again in quite a few days? Only if we unite can we do something, otherwise we will suffer once more and shut up!

I believe that these statements deserve general consideration as they are symbolic.

Let’s start with the numbers, which by their very nature seem indisputable. The author forgets, for example, the ATA staff. When you want to be precise, it’s good to be thorough. More than a mistake, it’s a Freudian slip: many teachers actually only consider their work important. Then the “satisfaction” of the unions is accused: it is not about the CUB school about the number of participants in the strike, but rather the fact that a path of mobilization has begun for numerous and just reasons.

Efforts to build a “common mobilization” this time (and others in the past) have been there, and we have no longer made the mistake of disorienting the workers by proposing strike days without unity. It would also be good, before criticizing the causes of a strike, to ask: the INVALSI tests were one of the causes of the strike, as evidence representing a way of teaching and learning that we, since they exist, analytically disputed in many places, and as we see year after year the negative fruits of.

Alongside and before this motivation, there was the lack of renewal of the contract, the protest against military spending, against uncertainty, against the “Bianchi reform” on recruitment and training. With commitment, even within the limits of our capabilities, we have disseminated detailed information material. We recall that fundamental trade union rights are excluded from fundamental trade union rights such as the right to convene assemblies during working hours and that our ability to disseminate information (as well as proselytism) is therefore very limited by the lack of union accessibility.

As for the fact of “going on the streets in a few days” after the most authoritative unions, then we’ll see. If the professional action of the “most representative” unions had previously been punctual and effective, we would not have had to wait almost ten years for a contract renewal that gave us a ridiculous increase (after ten years of blockade!), Nor would we be severely delayed with contract renewal.

I add that the involvement of the masses is very modest also for CGIL, CISL, UIL. I report data from the strike of December 10, 2021supported by nine unions (Flc Cgil, Uil Scuola Rua, Snals Confsal, Fed. Gilda Unams, And, Anief, Cobas Basic Committees of the school, Cub Sur, Sisa, Fisi, with adhesion of Aida Scuole and Movimento SGA) and which therefore approaches much the ideal “unity strike” that so many workers were hoping for. The result was an adhesion of 6.25%. compared to about 70% of the workers represented by the aforementioned unions. Compared to December 10, 2021, May 6, it seems and is paradoxical that we have achieved a remarkable result!

However, the comparison between the two strikes makes us identify the real reason why any protest failed: the consent of the workers, the lack of confidence in their ability to oppose what the government decides, and last but not least, disinformation about the aspects , which regulates their work and the most elementary mechanisms that regulate it. So much so that if a witty joker put a dozen simple questions on CCNL in the teacher selection tests, I imagine the percentage of errors would increase a lot.

Frustrated, disappointed, underpaid teachers constantly complain about their work, but are convinced that they cannot change it for the better. And they take it out on the “unions,” turning every herb into a bundle, without distinguishing between those who for decades have actually supported the ongoing operation and those who, on the other hand, have been constantly and reasonably opposed to it. . The basic syndicalism was right in the early analysis of the processes that from the early nineties have made the school what it is today: a class school, a conflict-filled confinement for the confinement of the young generation, a place for the dissemination of knowledge less and less free, less and less formative and more and more subordinate to the market.

Where have they been in recent years the school workers criticizing the “unions”? What were their constructive contributions and their punctual criticism? One thing is for sure: as long as you are strict in judging the actions of others and very forgiving of your own forbearance, nothing can change for the better.