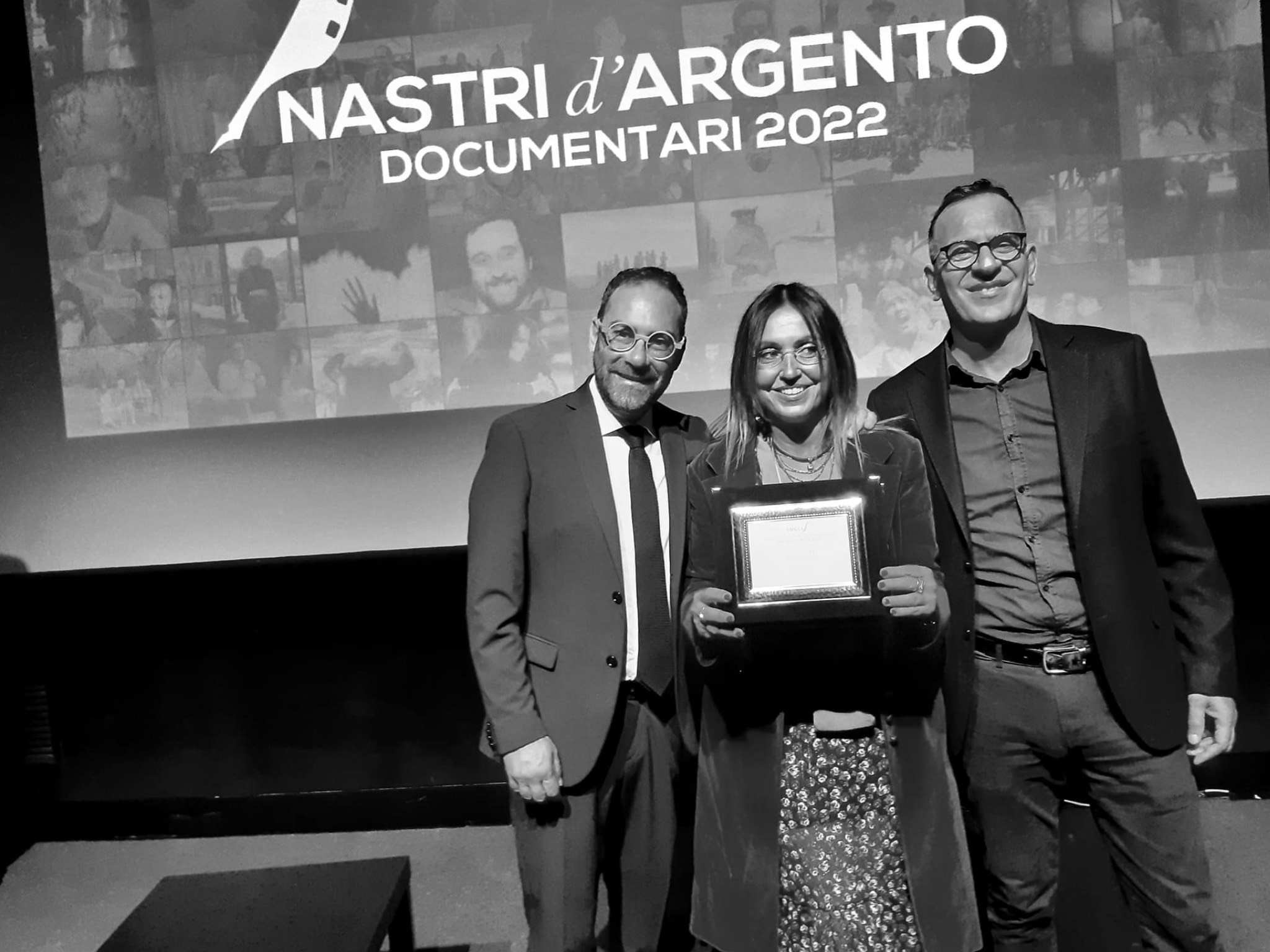 Director, contemporary literature researcher, essayist and well-known film critic, Giovanna Taviani, wins with the “Cùntami” special award in the documentary department at Nastri d’Argento. Produced by Amedeo Bacigalupo, Cloud 9 Film, with Rai Cinema with contributions from the Sicilian Region and the Sicilia Film Commission as part of the Sensi Contemporanei Cinema program, “Cùntami”, will be presented in Milan at the Sguardi Altrove Festival on 11 May. A journey on a red van filled with Pupi, around Sicily in search of new oral narrators, to awaken the great tradition of puppet masters, cùnto and storytellers, revive the dream of myths and classic tragedy with the events of Ulysses or Paladins in France that reminiscent of past stories as a modern key to interpretation. They appear, interpreters, as the Roman director presents in his road movie, demonstrate with their voice and gesture the artistic and civil passion that animates them, and no longer become epic characters, but real human figures. The daughter and granddaughter of the great filmmakers, Vittorio and Paolo, director of SalinaDocFest since 2007, Giovanna Taviani, was interviewed before the awards event and gave herself generously to some questions, based on her love of cinema and Sicily.

“On the other hand, God created man because he loved to hear stories being told,” says the Hasidic proverb he placed in the film’s epigraph …

This is a saying that Monia Ovadia, a great Italian playwright and author, suggested to me, who gave me some advice and quoted this phrase that I would put in the epigraph of my film because I think it’s the key to what I would tell, also a paradox, “God invented man because he wanted to hear stories told”. Storytelling is an innate ability that we all have that makes us all equal, and it is also a way to grieve over loss, because when you bring back the stories that your parents and grandparents told you, you rebuild their presence in life. . . Storytelling goes from generation to generation, protecting us from the bowels of the earth by reminding us that whoever once was will still be so. He who says that love is the key to the world, I believe that history and he who tells it are the key to change the world.

As part of the idea of ​​awakening the myth and popular traditions
of Sicily?
“Cùntami, recovers Sicilian popular traditions and draws on the myth and classic stories that everyone knows a little, in all parts of the world. I chose Sicily because I found a new generation of storytellers, inspired by Mimmo Curicchio, the greatest living artist. and puparo.In fact, these oratorios of ancient art, which are actors, playwrights and film directors, take the story of the classical myth, of Ulysses, Orlando, Angelica, Don Quixote, Colapesce, Polyphemus, and update it today.And the surroundings of Cùntami right on Sicily, because it is on this island that the tradition of cuntisti, who walked around with Sicilian chariots and told about knights and love, sinks.In the documentary, I did not use the typical chariot with Sicilian folk art, but I invented together with the two Palermitan scenographers, Nicola Sferruzza and Roberto Intorre, an abstract medium like the time machine, inspired by Sicilian carriages but with nothing of folkloric m one only geometric and minimal “.

So the tradition of cùnto and storytellers, to tell the other Sicily, the one who wakes up through the popular stories of the past, which you show that you know thoroughly …
“We documentarians are very attached to the present, so we are interested in telling the present. And I, who am obsessed with memory because I believe that without memory there is no present and there will be no future, I have discovered that these oral narrators research and reuse imaginative stories to express our feelings. For example, Vincenzo Pirrotta, actor, theater director and cuntista, originally from Partinico, a city in Sicily that exudes mafia crime, in the interpretation of Orlando Furioso in Cùntami, gives anger to a territory that has been betrayed by the mafia. Therefore, the rage of Orlando, which in our popular imagination, we know has gone mad with love, represents a modern ruthlessness on the part of those who do not accept that the land of myth has been desecrated. Ulysses, the character of Greek mythology, is the migrant we see every day on our news, in our Mediterranean, stained with blood and human losses, for which it is a topical theme. In any case, the actualization of the myth is important because it always gives us answers to our present, so much so that it survives after two thousand years ”.

Sicily, an island that you seem to prefer, love at first sight or family ties …
‘There are no family ties. My mother was from Genoa and my father and his brother were originally from Tuscany. So why Sicily? For two reasons. One related to my father’s cinema and my family’s experience. In the 70’s my parents took a house in Salina and for them it became a place of the soul where we held our vacations every year. In Salina, I decided to invent a festival, Salina DocFest, which has somehow also become a workplace for me and not just a holiday. Sicily because my dad and my uncle made movies on the island. Their first film with Valentino Orsini, “A man to burn” with Gian Maria Volonté in 1960, freely inspired by the story of Salvatore Carnevale (Turiddu) socialist trade unionist, killed by the mafia, returning in my documentary with the interpretation of Mario anvine , who makes Cunto and the lament from Turiddu, written by Ignazio Buttitta. So in fact for my father and my uncle, Sicily along with Tuscany has always been a country of “choice”. They have certainly transferred this to me, and in addition, I established university relations with teachers from Palermo, so I started working in this region, where I recorded almost all my documentaries except the first one “.

And instead of the choice to favor the documentary genre?
“Let’s say for two reasons. First of all, because I’m part of a generation that made its debut late, in 2004, as a director. The 2000s in Italian film represent a watershed in terms of the rebirth of the documentary. Important documentaries that win festivals all over the world can be seen, a name for everyone is Gianfranco Rosi, but in reality I can also mention Daniele Vicari and Agostino Ferrente, but after 2000 we discover that everything that happened in the world was so powerful, such as the tragedy of the Twin Towers, the massacres in the Mediterranean, which led to the need to return to describe the reality that surrounds us and not comedies. sentimental. And to do all this, the documentary genre came to our rescue, allowing us to stay close to the real world.The second reason is autobiographical.As the daughter of two great directors who have made their worldwide fame from fiction, I might find my space, my autonomy and demands e little difference. My dad Vittorio and my uncle Paolo have never made a documentary, so it was also a way to regain my identity compared to Taviani’s fabulous cinema. So, as I have put in Cuntami, all the storytelling I have inherited from those who belong to fiction, this is also a renewal of its kind. I think reality can be documented by telling stories, as in the documentary, which are fabulous as in a fiction film ”.

Some previews of upcoming projects …
“Meanwhile, I’m busy at Salina DocFest until October with a preview in Rome. And I’m working on a short film with one of the most inventive chefs, the Apulian Daniele De Michele, aka Donpasta, about the food and wine excellence of Salina in the Aeolian Islands. In fact, I also have a project in the drawer, writing a screenplay, for a fiction film that always maintains the documentary approach.