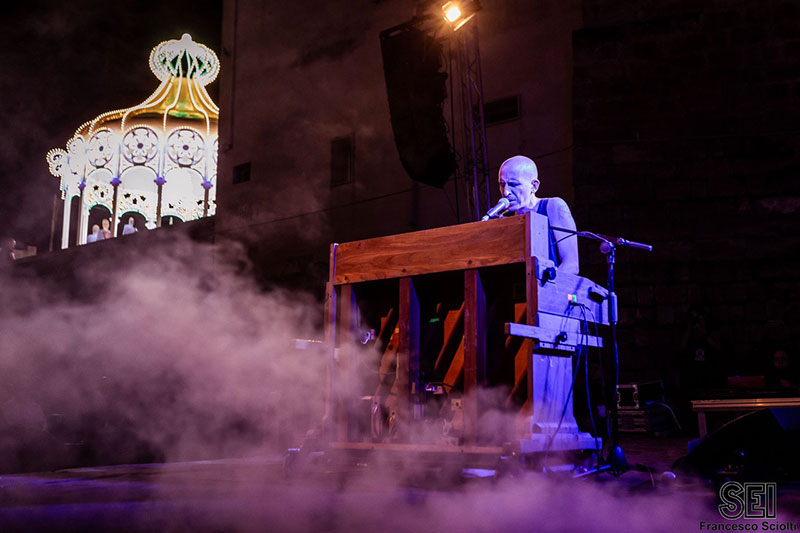 LECCE – Shift, live and tell are the three verbs at the center of the third edition of #leparolevalgono, which arrives in Lecce for the first time from Friday the 13th to Sunday the 15th of May. Between the Augustinian Monastery and the Apollo Theater, the Italian Language Festival will offer workshops, meetings and shows on the theme of the environment to tell a world in constant development with its specificities and contradictions. The appointment, which after the first two editions of Lecco arrives in the capital Salento, was devised by the Treccani Cultura Foundation to present the most relevant themes for constant research into the Italian language, always paying particular attention to the value of words as a means. of expression, of reasoning, sharing and sincere, respectful and constructive confrontation between different positions.

On Wednesday 11 May, the festival will be officially presented at 11 at the Open Space in Palazzo Carafa in Piazza Sant’Oronzo in Lecce by Massimo Bray, general manager of Treccani, and by the mayor of Lecce Carlo Salvemini. In Lecce, the festival is organized by the Treccani Cultura Foundation in collaboration with the municipality of Lecce with the support of the Department of Tourism, Cultural Economics and Land Use of the Puglia region and the Pugliese Public Theater thanks to the Special Fund for Culture and Cultural Heritage (LR 40/2016) – We are investing in your future, the contribution of Treccani Reti, the patronage of the Department of Humanities at the University of Salento and the support of Cooperativa Socio Culturale and Cime di Rapa. Rai Radio 3 media partner.

Since the first edition, the festival has paid particular attention to the new generations in the firm belief that a conscious use of language is a necessary precondition for making truly free citizens grow, able to develop their own original critical thinking. That is why the program starts on Friday the 13th in the Augustinian monastery with morning teaching workshops by Maria Vittoria Dell’Anna (Associate Professor of Italian Linguistics at the University of Salento) and Alberto Laratro (Treccani Scuola) for female students and students from some high schools and in the afternoon with a teacher training course with Nicola Rizzuti and Raffaele Capano. Saturday 14 from 18, again with Augustinians, in the session moderated by Cristina Faloci (author and host of Radio3), after greetings from the director of Treccani Massimo Bray and the introduction of linguist Maria Vittoria Dell’Anna, the discussion will discuss “Risks and opportunities for the environment “with Enrico Alleva (ethologist), Mariagrazia Midulla (climate and energy director for WWF Italy), Fabio Pollice (rector of the University of Salento), Carlo Salvemini (mayor of Lecce and national delegate Anci on waste and energy), Edoardo Zanchini (Vice President of Legambiente). 21.00 (free admission subject to availability) the Apollo Theater of Lecce hosts “In camera caritatis”, a special acoustic concert by Francesco Bianconi, singer, author of Baustelle and author, accompanied by Zevi Bordovach (organ), Alessandro Trabace (violin) and Angelo Trabace (piano). Sunday, May 15 at 12 we return to the Augustines for the final agreement, in collaboration with La lingua beat from Rai Radio 3. “The words of live songs”, a series of meetings with which Treccani intends to tell the development of the language of Italian music through lyrics from songwriters and rappers in dialogue with writers, will host Giovanni Truppi and Paolo Di Paolo. During the festival’s three days, the Augustinian Monastery in collaboration with ISPRA – Higher Institute for Environmental Protection and Research will also host the photographic exhibition “Italy loses ground” by Angelo Antolino.