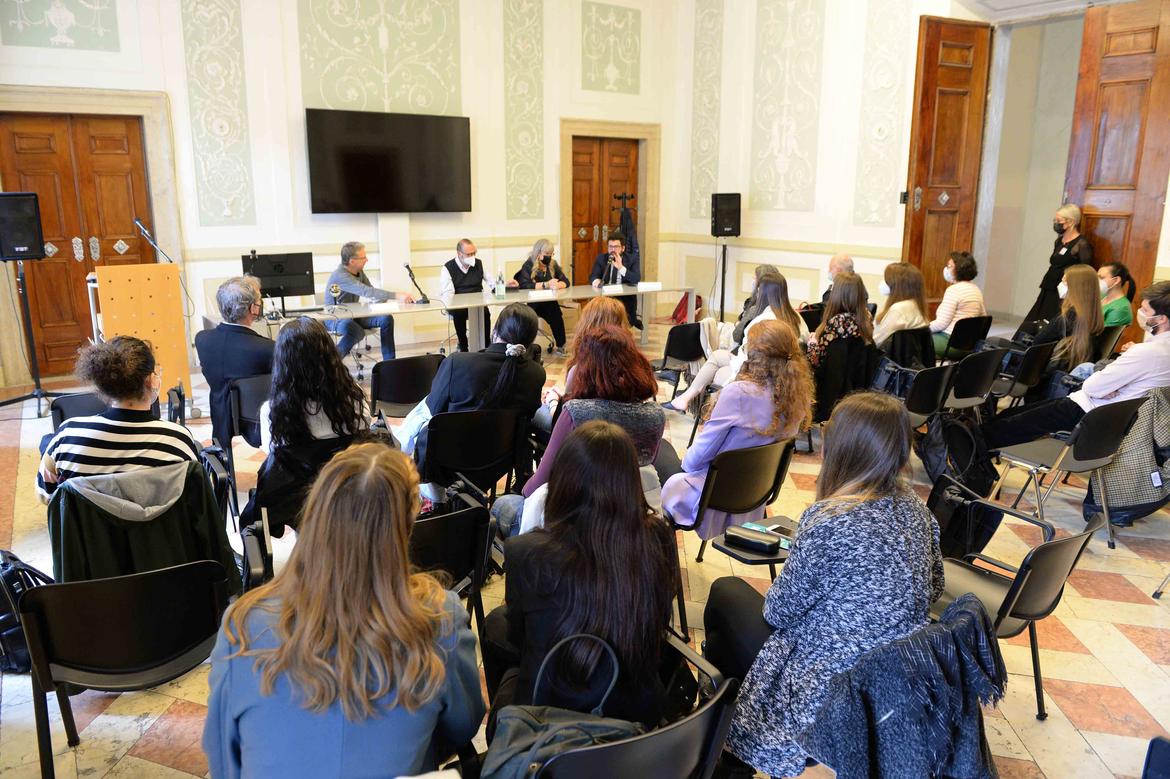 Children’s future is built from the first days of life. With these words opened the second day of the EDUCA Festival in Rovereto, which offers all day, along with Educa Immagine, meetings about youth, orientation and skills, childhood, photography and TV series. There is no shortage of workshops for children and teenagers and entertainment and entertainment activities that are open to everyone.

Festivals continue Sunday, May 8th
On Sunday, there are numerous agreements dedicated to conditioning stereotypes – about gender, disability, migration – about choices and about the construction of the future.
The 10 a.m. panel with Professor Barbara Poggio, Vice-Chancellor of Equality and Diversity Policies at the University of Trento and the editors of the Aidos Guide “Remember the Gap, Building Gender Equality in Education” was dedicated to gender.
§Journalist Marika Damaggio moderates, all 14, the online panel dedicated to the role of information and communication with Valerio Cataldi, RAI journalist and president of the Rome Charter and Flavia Brevi, founder of Ella Network, the network for inclusive communication, with the contribution of the journalist and author Jacopo Melio. The trend ends at 4 pm with the presentation of the book – or rather the series of books and the podcast – with Hank Zipzer in the lead role, conceived by Henry Winkler (the famous Fonzie from “Happy Days”, with the editors of the Uovonero series and podcast made by Out Of the blue.
The school as the center of a territorial system of learning has been a central theme of education and training policies in recent years. At EDUCA, it is discussed in a panel of 10, which offers a theoretical-scientific framework with contributions from, among others, Francesco Profumo, chairman of the Bruno Kessler Foundation and Giuseppe Ellerani, professor at the University of Salento. The panel is followed by a review of experiences from all over Italy of concrete and effective collaborations between the School and the Third Sector for inclusion, citizenship education, guidance, crowdfunding, education and cooperative entrepreneurship.
Every day, the media reports on ever higher temperatures, devastating floods, extreme climatic phenomena, and all this can create anxiety, confusion, in many cases panic. The ongoing environmental crisis is, among other things, the cause of malaise for young people all over the world. At EDUCA, we talk, at 11 am, about climate anxiety among young people thanks to the Bruno Kessler Foundation and APPA, and with MUSE, at 2.30 pm, in the meeting Plural futures, possible futures with paleontologist Massimo Bernardi and Professor Vincenza Pellegrino examine the hopes for a better future, often removed from the public debate.

At Educa Immagine we try to understand what the rules (times and ways) are for a good use of children’s TV in “TV: instructions for use” with Luca Milano, director of Rai Ragazzi; Paolo Ferri, Professor at Bicocca University of Milan and Director of NuMediaBios New Media Observatory; Sergio Manfio author and screenwriter, founder and president of Gli Some and media education expert Chiara Valmachino. At the same time, children and young people in the room next door can participate in the workshop led by Laura Finardi, where they can learn some basic elements of the audiovisual language.
There is no shortage of workshops and entertainment activities for children and teens. There is the Progetto 92 cooperative painting workshop, and the Rovereto Museum’s table in the March Sculpture Garden offers a range of art, history and science workshops. Kids can build castles and helmets, hear stories, discover the ecological footprint of all of us, paint with all the techniques and colors and find out how a hydroelectric power plant works.
In Piazza del Mart at 17.15 there is a concert with Rock Spectrum live, the cover band led by Stefano Cainelli, who grew up in Mente Locale, a laboratory where the development of relational skills and social inclusion allows for meetings with neurodiversity.
The evening ends with the concert on the occasion of the 50th anniversary of the Second Statute of Autonomy 1972 – 2022 of the Euregio Youth Wind Orchestra conducted by Johann Finatzer, Wolfram Rosenberger and Franco Puliafito, which is part of the series of musical events promoted by Council of the Autonomous Province of Bolzano and the Council of the Autonomous Province of Trento on the occasion of the 50th anniversary.

All festival events are free and registration is recommended.

EDUCA is promoted by the Autonomous Province of Trento, the University of Trento and the Municipality of Rovereto, organized by Consolida with the scientific support of the Bruno Kessler Foundation, the Demarchi and Iprase Foundation and the support of the Trentino Federation of Cooperation and Rural Banks Trentino.

In addition to the collaboration of EDUCA partners and the support of Cassa Rurale di AltoGarda and Rovereto, Educa Immagine – which has the artistic direction of the Trentino Film Commission – counts on this issue of new and important media partners: Rai Cultura, Mymovies.it and Dire Young.

The EDUCA and Educa Immagine program can be found at www.educaonline.it and www.educaimmagine.it.