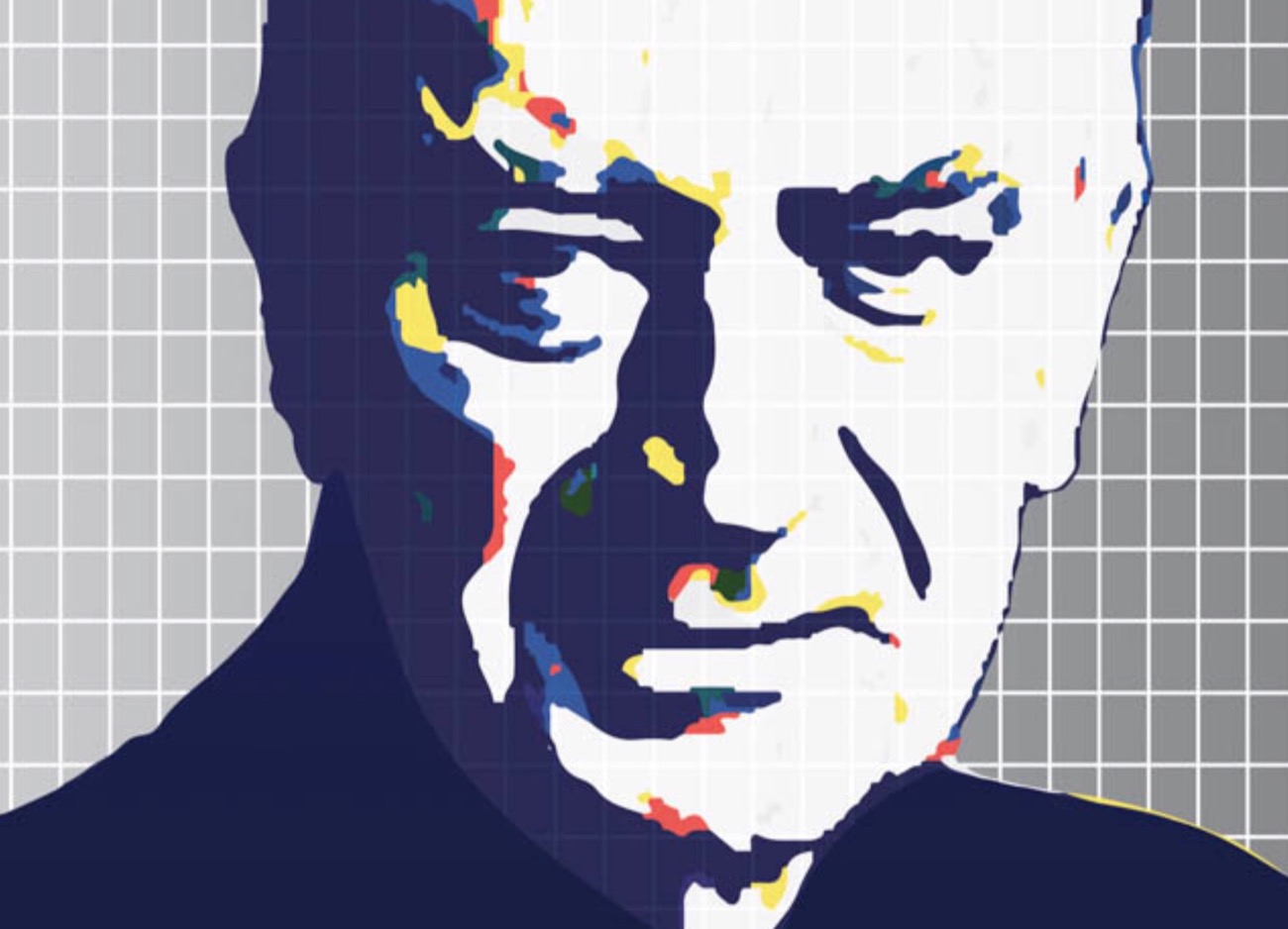 If you can design one thing, you can design them all. One of Massimo Vignelli’s best known sentences, one of the most important designers of all time, which sums up his philosophy. Design for Vignelli, born in Milan on January 10, 1931 and who died in New York on May 27, 2014, was the key to interpreting the world. And in his very long career, which lasted more than sixty years and performed almost exclusively with his wife Lella, he proved that it is so.

An online exhibition celebrates it, 250 free posters on the Internet to celebrate the 90th anniversary of Vignelli’s birth: a very beautiful, festive and joyful initiative with a revolt by Helvetica and reinterpretations of New York’s subway maps. 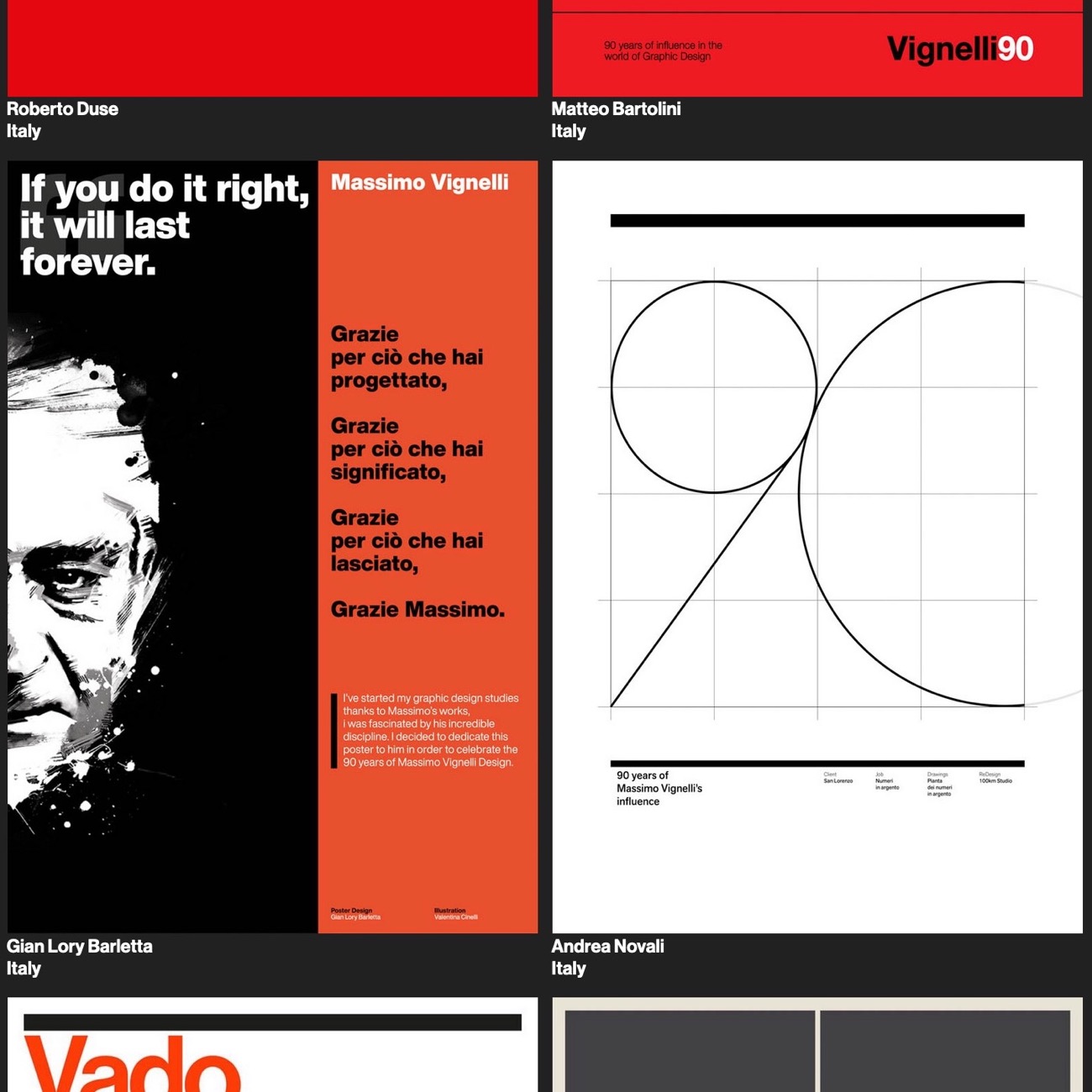 We can consider him the most important designer of his generation along with Paul Rand, Saul Bass, Milton Glaser and Herb Lubalin. Vignelli was fantastic, both in the graphic design sector (where he made several things) and also in the design of products, setups for trade fairs and exhibitions, clothes and brands. He has worked for Poltrona Frau, Knoll, Acerbis International, Heller and Poltronova, to name a few.

But in 1967, he also created American Airlines’ graphic identity, which was used until 2013. And then he worked again for Benetton. Ford, Ducati. There are dozens and dozens of brands and companies that have benefited from its intervention, but one stands out from the other. 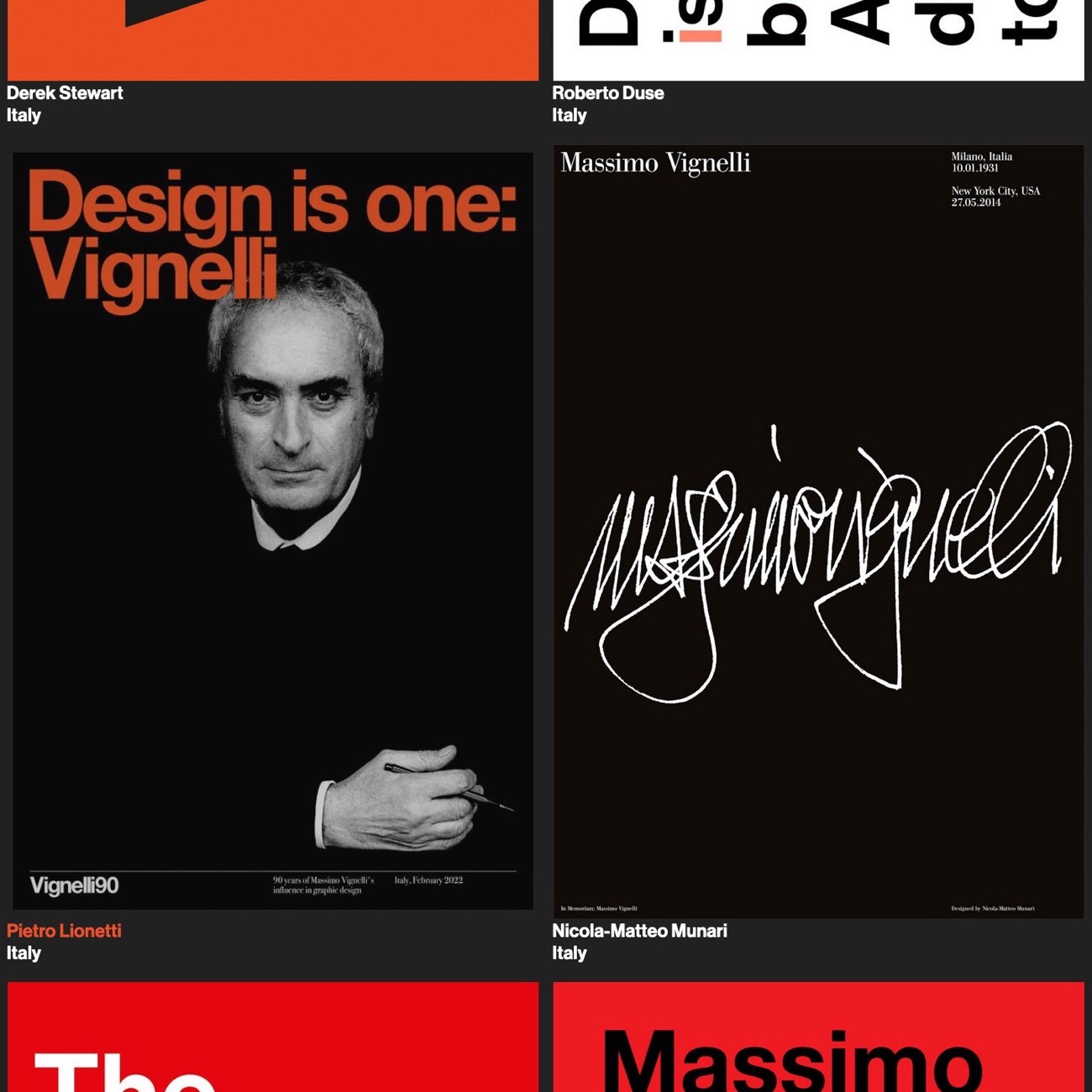 In 1972, Vignelli set out to create the map of maps that would solve New York’s biggest problem: finding its way around its subway. New York’s subway was created in 1904 and enriched in a chaotic and “liberal” way with lines, tunnels, stations, stops, passages, and intersections. same stations.

Unlike the (few) Italian subways, which have dedicated lines for a single journey with only one type of train splitting at most, as happens in some of the five Milanese lines, in New York it consists of trains running together and then they stop, or change their itinerary, move on. All in a chaos that must serve the fairly extensive territory of New York City.

Vignelli’s map was a masterpiece not only for its representation and the sign component, but also for the design and thinking behind it. Vignelli’s work, educated in architecture from Milano Polytechnic and IUAV in Venice, a close friend and friend of the great architects of his time (Vittorio Gregotti, Aldo Rossi, Gae Aulenti, Guido Canella) was unique in that he “invented” a different way of showing the map of a very special territory, the one with the underground lines. 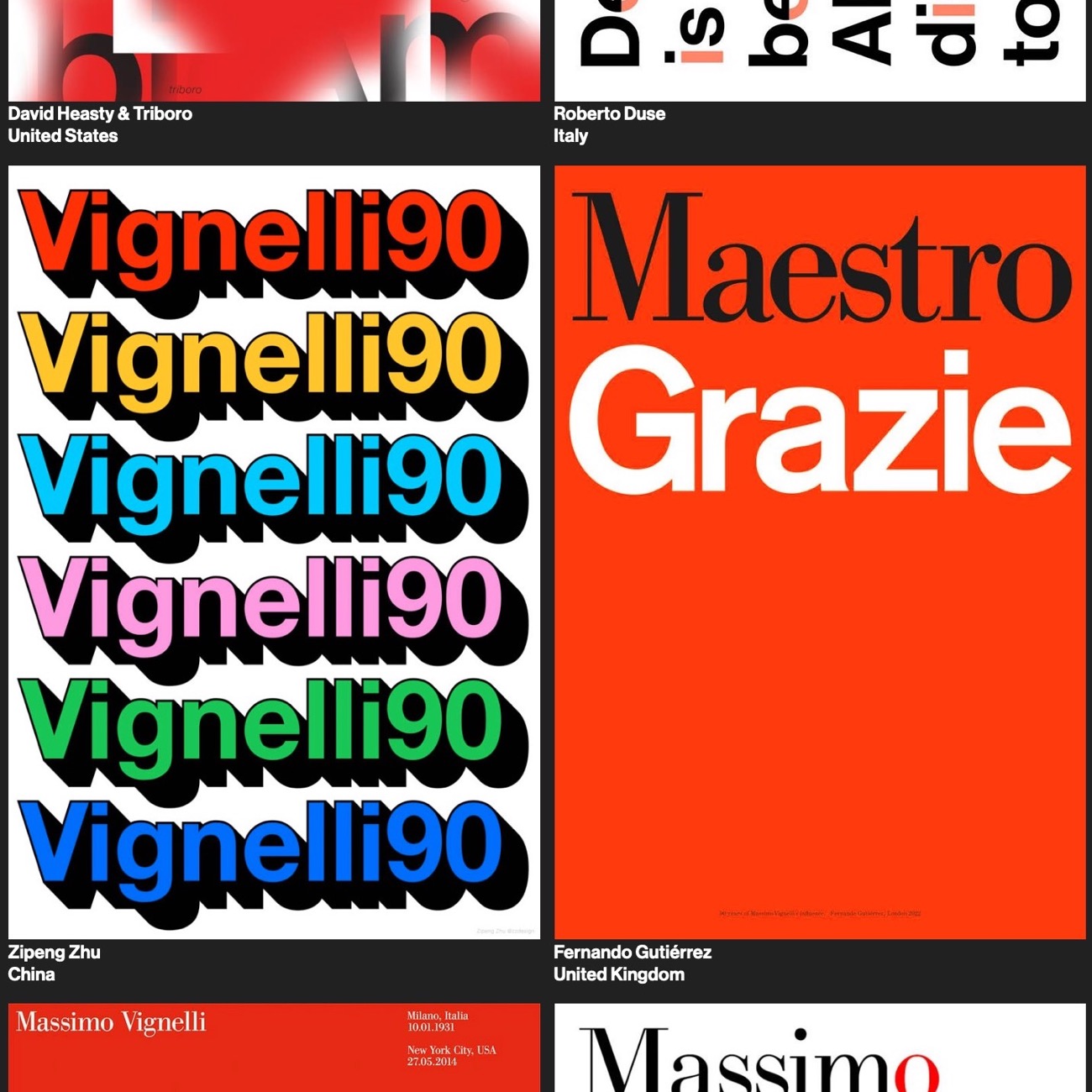 Unlike the previous maps, which were full of information that overlapped to create the tool to be used to guide travelers due to excess data and, above all, different languages, Vignelli did a job of rationalizing and diversifying the maps, which enabled him to arrive at a clear, symbolic and absolutely functional synthesis.

The characteristic of Vignelli’s style was, after all, this: the modernist tradition based on simplicity made by analyzes and reasoning, together with the use of elementary geometric shapes capable of returning even very complex structures at a glance.

It is, after all, the most sensible and correct interpretation of the idea of ​​minimalism: to use simple tools (or signs, in this case) to do complex things. However, the hallmark of Vignelli was not only this. The designer also “discovered” America immediately after the war, visited it to study in 1957 and then returned several times, creating his own personal dimension, namely Unimark International’s US offices, which are the largest organization for design and production. 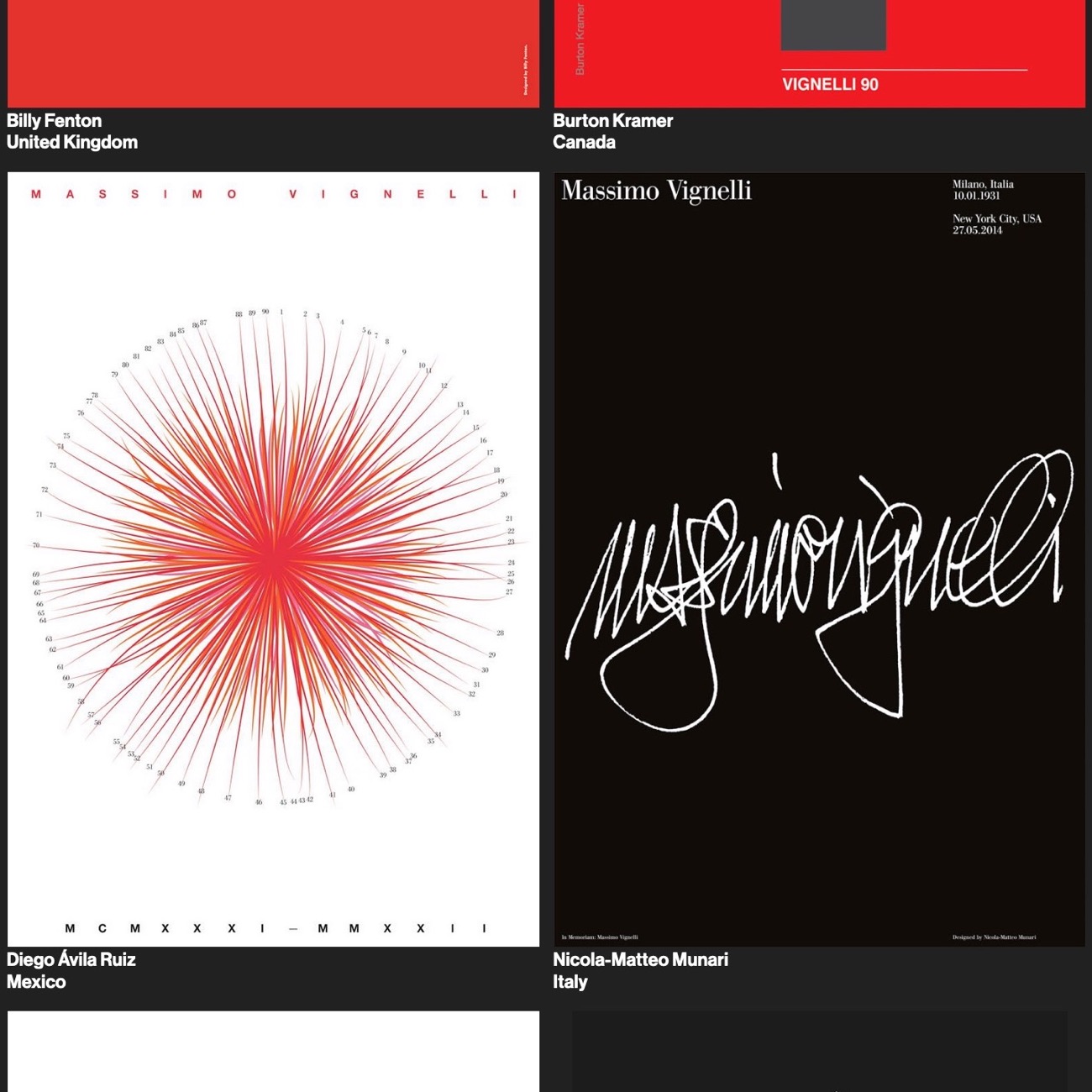 There is a very broad debate about the meaning of the words, including the magical English word, which in Italian could be translated as “design”, but which we prefer to keep in the English form of “design” and which means a new concept in terms of how we mean design. The Italian term is actually reserved for architects or engineers, for the work of building or planning the project of complex structures and machines, while the term “design” seems to be directed mainly at a reflection on aesthetics, a pencil stroke or pencil on a sheet that provides one form and a little something else.

It’s a deep, almost toxic ambiguity that Steve Jobs himself had faced and clarified: Design is not how something is made, but how it works. But this ambiguity persists because design has become a concept that is part of our imagination and above all that affects sectors such as interior design, the shape of “beautiful” objects, but also for the graphic form of books and other illustrations (graphic design), aspects that have long been considered secondary to the production of goods and services.

Design, on the other hand, has a very broad dignity, and if we really want to be historically correct and shape the concept behind this generic term, and refer to sectors of “applied art” and evolution not only in terms of the production of goods, but also to their relationship to art.

Take, for example, the craft of decorating and making furniture. Design plays a fundamental role in the transition from craft to industrial production, from furniture makers to Ikea, to take an extreme example. The design rationalizes, makes the furniture project more beautiful and functional, and brings it out in a democratic way to all, with a price related to quality that was previously impossible for those who were not rich. Here, design is also this: to design around the life and meaning of people who follow ideas and ideals.

The same concept also applies to the other objects that populate our daily lives, so much so that we can say that design plays a fundamental role in our experience of the world, which is designed and thought in a consciously planned way. 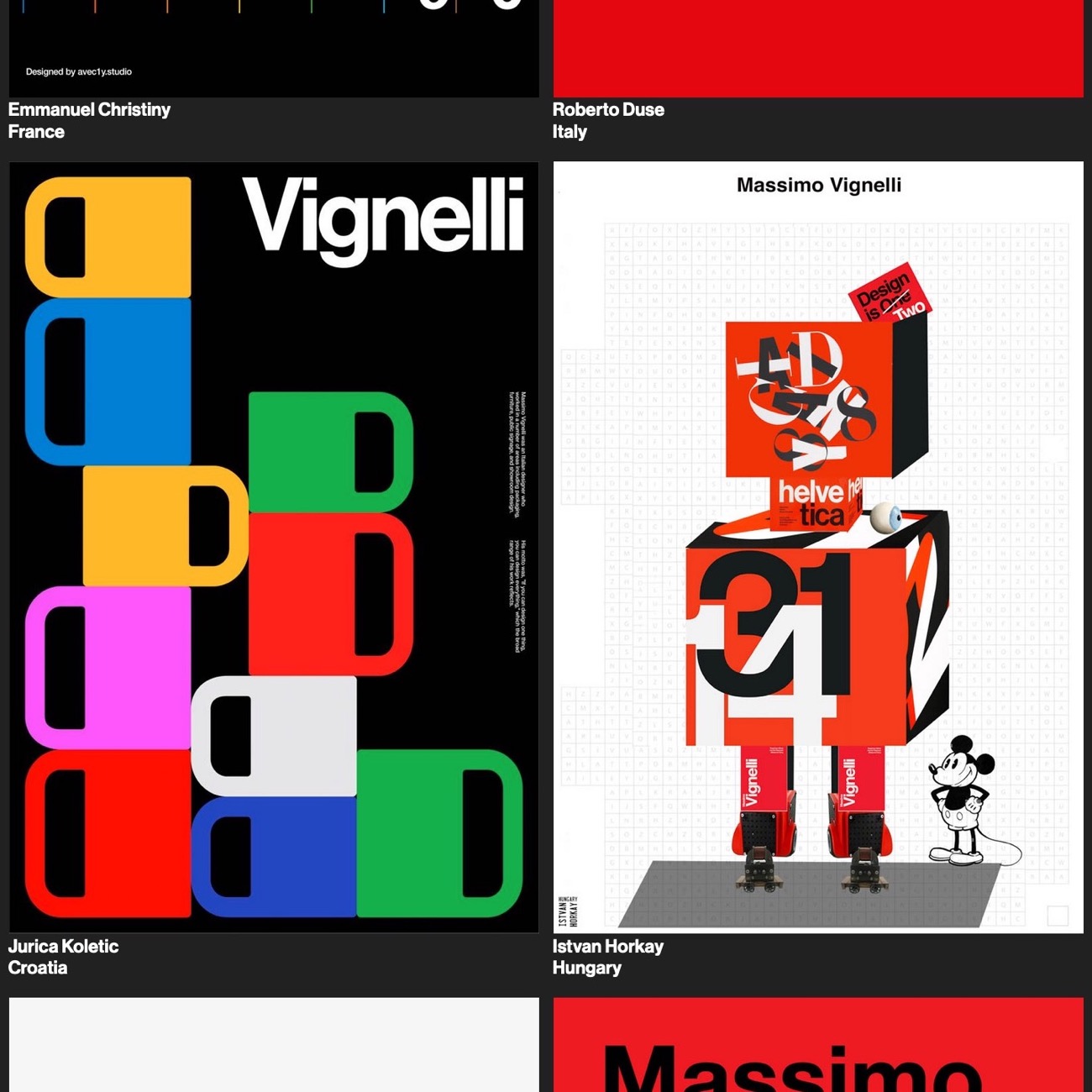 Let’s go back to the teacher

Vignelli was, for personal abilities and for the historical period in which he worked, one of the greatest designers in history. From a certain point of view, we can say that he is one of the creators and the greatest interpreters of this profession. Without him (and a few others) the design would be completely different. If the reader happens to be visiting Milan, then go and see the new Compasso d’Oro museum, built inside a former Enel factory, to see and understand what is meant by design by looking at the objects and projects that have won the authoritative price for the same name.

Vignelli also redesigned his card in 2007 and then redesigned it with a variation in 2014 to get the audience to MetLife Stadium in New Jersey, where that year’s Super Bowl was played, for the first time played out in a city with a very cold climate (temperatures below zero). The map was used to control the flow of 400,000 visitors, including the 80,000 who would have entered the stadium, and direct them through the various coordinated public transportation systems between the MTA, New Jersey Transit (NJT), Amtrak and NY Waterway to produce the very special “Regional Transit Map”, which today is considered the latest masterpiece by a genius in graphic design.

Other works and the idea of ​​the Milanese designer are gathered in the dozens of books he has published during his life, plus the very long collection of prizes won, honorary doctorates, personal exhibitions, all the possible praise that a designer could only hope for . to obtain. collect in the United States and Europe.

Vignelli has created dozens and dozens of projects, including the collection of objects for his home: lamps, tables, chairs, trays and dozens of other objects, each of which is sufficient to win a prestigious award (and in many cases they have won it) and represents the urgency of a “normal” career for a successful designer.

Fortunately, the design lover or the curious who simply wants to approach this sector today can also refer to the 90 posters that mention and greet Vignelli, representing an unprecedented and basic space. As Michael Bierut wrote in 1981, working for Vignelli’s studio in New York at the time, “it seemed to me that the whole of New York was a permanent exhibition of Vignelli. To get to the office, I traveled in a subway with Vignelli-designed signage. , shared the sidewalk with people using Vignelli-designed Bloomingdale shopping bags, walked in front of St. Peter’s with its Vignelli-designed pipe organ visible through the window.At Vignelli Associates, I felt like a 23-year-old at the center of the universe.