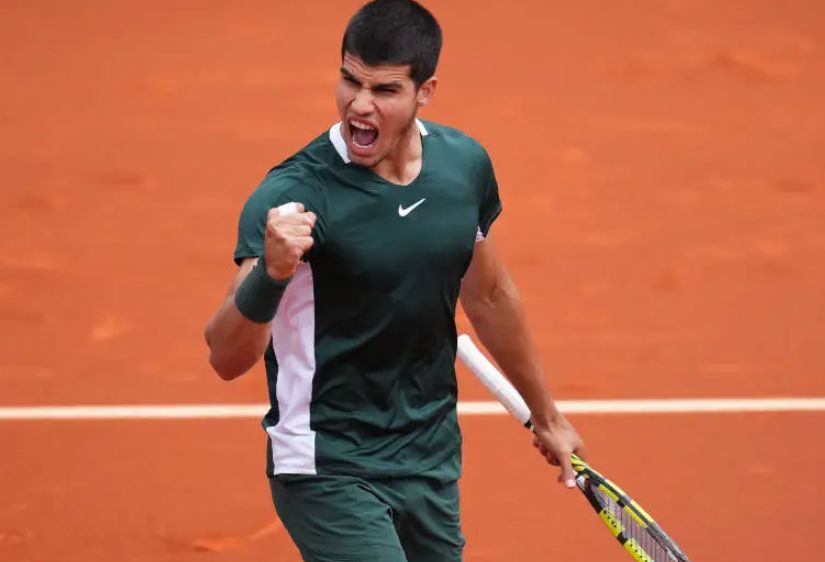 I observed with some discomfort the match between Zverev and Musetti.
Regardless of the Italian’s retirement, the “certain discomfort” came from watching the German play a perfect match, on par with last year’s ATP final, where he was virtually unplayable.

Just a week ago, the same player played a real shit match against Norwegian Rune, where he did not have a ball on the field.
What happened to the good Zverev this week?

It so happened that he changed coach and turned to the two-time Rolan Garros champion, Sergi Bruguera.
Now it is not the case that Bruguera has the magic wand capable of turning a villain into a champion in just one week, there were certainly other components: the conditions in Madrid, which favor the German’s game, the motivations, the effort. game etcetera, etcertera … However, this episode was the starting point for a more general reflection on the tennis moment.
If we look at the list of the 10 best players in the world, we realize that including Zverev, 6 of them (6 out of 10, you are right), have Spanish coaches or come from Spanish academies (in the case of Ruud)).
It is quite an impressive figure, which should make us reflect, and which leads me to two conclusions:
1) The Spaniards are the most expensive coaches
2) The Spaniards are the best prepared coaches
Let us say that the first conclusion is closely connected with the second, which is the focal point on which I would like to insist.
The Spanish school has dominated tennis for the last 30 years: Spain is the country that in the last 30 years has brought the largest number of players among the top 10 and dominates in slams thanks to Rafa Nadal’s 21 successes. Yes, Rafa Nadal.
It is he who has revolutionized modern tennis, taken the physical and mental preparation of players to the extreme, removed (alas) space for talent and imagination, but markedly raised the level of tennis performance. Carlos Alcaraz is the end product of this revolution. A complete player technically and monstrous from a physical and mental point of view, with an impressive continuity in performance for his young age.
Alcaraz certainly has natural gifts, but his real strength lies in the work that Ferrero and his entire team perform behind him, work that began many years ago in the Academy of the “Mosquito” and continues every day with progress in a frightening hast.
So what’s the secret behind the Spanish school?
Many people talk about aids in improving athletic performance, but honestly, until evidence is found, it’s just plain talk. It is clear that the physical work that the Spaniards perform is much better than the others. Physicists like those of Nadal and Alcaraz could not have been made any other way. But there is not only that.
The Spanish sports organization is currently the best in the world and not just for tennis.
First and foremost, sports are a fundamental component of the school, therefore children have access to excellent sports facilities from childhood, without families having to faint financially, which of course stimulates children’s interest in sports.

And then, when the kids get big, the best ones come into the academy.
In particular, the Spanish tennis school is based on academies founded by former players, who make their experiences available to the teachers and thus also to the boys.
The academies have top-level facilities, with state-of-the-art training methods that lead to the player’s physical and mental development. There is also good collaboration across academies, favored by the Spanish feather tennis, which facilitates the work thanks to knowledge sharing.
In Italy, the only academy worthy of the name is Riccardo Piatti in Bordighera, but for the rest, the preparation of the students is still entrusted to the clubs. Look at Musetti: he is still followed by the teacher he had as a child, Simone Tartarini, who, although very good, could not have the facilities to guarantee Lorenzo adequate preparation. In fact, from a physical, mental, but also technical point of view (the search for the ball, though improved, is still clearly inadequate to these levels) far behind Alcaraz, who no longer has tennis talent other than Musetti, but has been built. much better .. The problem is that building a player at 15 is one thing, when it’s 20 it’s something else. Who knows, if Musetti had been followed by a Spanish academy, perhaps in the future there would have been a fine dualism that we can at least at the moment only dream of.

And here it comes to Sinner.
His decision to leave Piatti has never convinced me. In Bordighera with Sinner, an excellent job has been done, extraordinary fundamentals have been built and a mental solidity that has no side among Italian tennis players. From a physical point of view I must say, given Jannik’s persistent ailments, but all in all he is still very young and physically has all their developmental times. So why leave Piatti?
Also contacting a coach, well, but not with all this high level experience?
It was a decision that honestly confused me. It would have made more sense to turn to a Spanish coach, perhaps with experience, or to a former player, but honestly I do not know what added value Vagnozzi can provide compared to Piatti. Also because all in all they come from the same mindset. The difference is that Piatti’s structures and knowledge are much greater than Vagnozzi’s (at least on paper, since I do not know both personally, I can not judge).
The future will tell us it’s still too early to judge, but at the moment Jannik’s evolutionary process may have stopped a bit.
What is certain is that now masters are not born, but they are built, and the Spaniards know, at least for the moment, how to build them better than us.