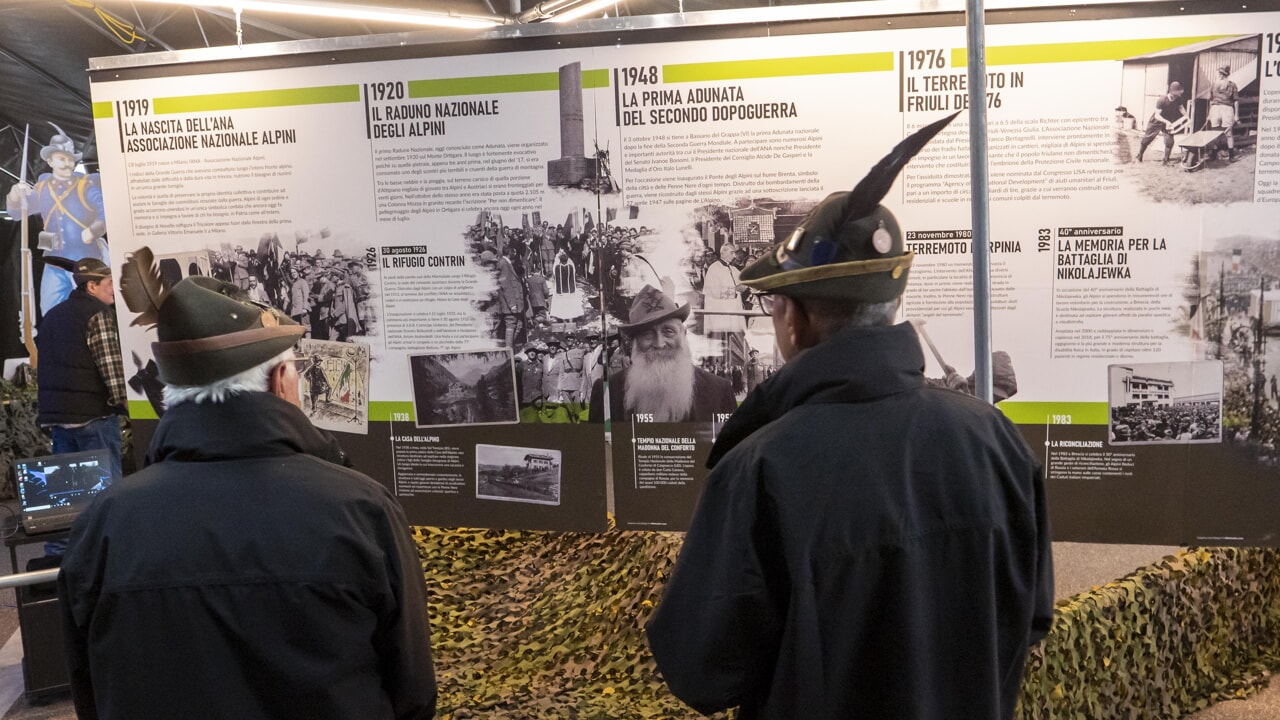 From Thursday (May 5), the exhibitions, selected for their historical and educational value dedicated to the history of the Alpine troops, will be inaugurated in the City Museum (via Luigi Tonini 1, Rimini). The museum is open Tuesday through Friday 10-13 and 16-19; Saturday, Sunday and public holidays 10-19.

Up in the mountains

Curator Pier Luigi Foschi. “Su pei monti”, taken from a popular and well-known song by alpine troops, is the title of an exhibition intended as a dutiful tribute to black feathers, a historical overview that evokes past and present glories of the military corps so dear to the Italians. The exhibition itinerary unfolds in the various spaces with a mainly chronological criterion: After an obligatory reference to the history of the hat and the pen, the events that have seen the alpine protagonists are told. It tells the story of the African campaign, the Great War, World War II and the Russian campaign, up to today’s commitments related to civil protection to help populations affected by natural disasters. The story takes place through the display of original finds, uniforms, weapons, everyday objects in the lives of the trenches, pictures of dogs and mules, precious companions of alpine troops. A section is dedicated to the heroes of the territory, a tribute to Romagna and San Marino who host the collection. The photos taken from the front of the Domenica del Corriere describe the most prominent facts that saw the protagonists of the alpine troops, while numerous panels are dedicated to the history of the Bolognese Romagnola section. The exhibition aims to tell, especially to the new generations, how our well-being is the result of the great sacrifices of our predecessors, and that results are only achieved through commitment.

This model of mountain cannon was much appreciated during the Great War for its simple operation and for the possibility of being carried quite easily in a battery and transported at great heights. The ability to fire tense shots meant that it was also used as an anti-tank weapon inside the Alpine wall’s fortified works and during World War II in North Africa. The light artillery version can look like five parts: cannon, warhead, sled and brake, tail and wheels, shields.

Everything is illuminated by the light of the past

Russia 1943-2018 journey – pictures and reflections by Stefano Lupi. Seventy-five years later, 11 companions and 200 kilometers on foot in the cold. The most important stages of the Russian retreat were restored: eight days immersed in an impenetrable environment, trying to imagine what 230,000 young people were experiencing, alone and away from home. That march has become an evocative exhibition journey, told through images and emotions. To tell, to share, to remember our alpine troops in Russia.

From war to peace

Brisighella Group and Conselice (Bolognese Romagnola Section) are organizing an exhibition of original and recycled World War I artifacts, similar to the one on display at the Francesco Baracca Museum in Lugo di Romagna in 2013, curators Bruno Zama, Angelo Nataloni, Enrico Venturi. An exhibition full of curiosities, with rare war objects, often transformed and reused at the front and once back in the cabin. On the walls pictures of the “paper war”: newspapers and magazines from the period 1914-1918 by Roberto Zalambani.

“One Hundred Years of Silence”, remnants of the Great War of 1915-1918 are also on the agenda. Research Group Association in collaboration with Vesio Group of Tremosine. “The Story of Mountain Soldiers in the World” by Ifms. The presentation of the following books in Domsalen, Bymuseet. The Mule and Its History, Friday, May 6 at 5 p.m., Alpine Troop Books, Saturday, May 7 at 7 p.m.