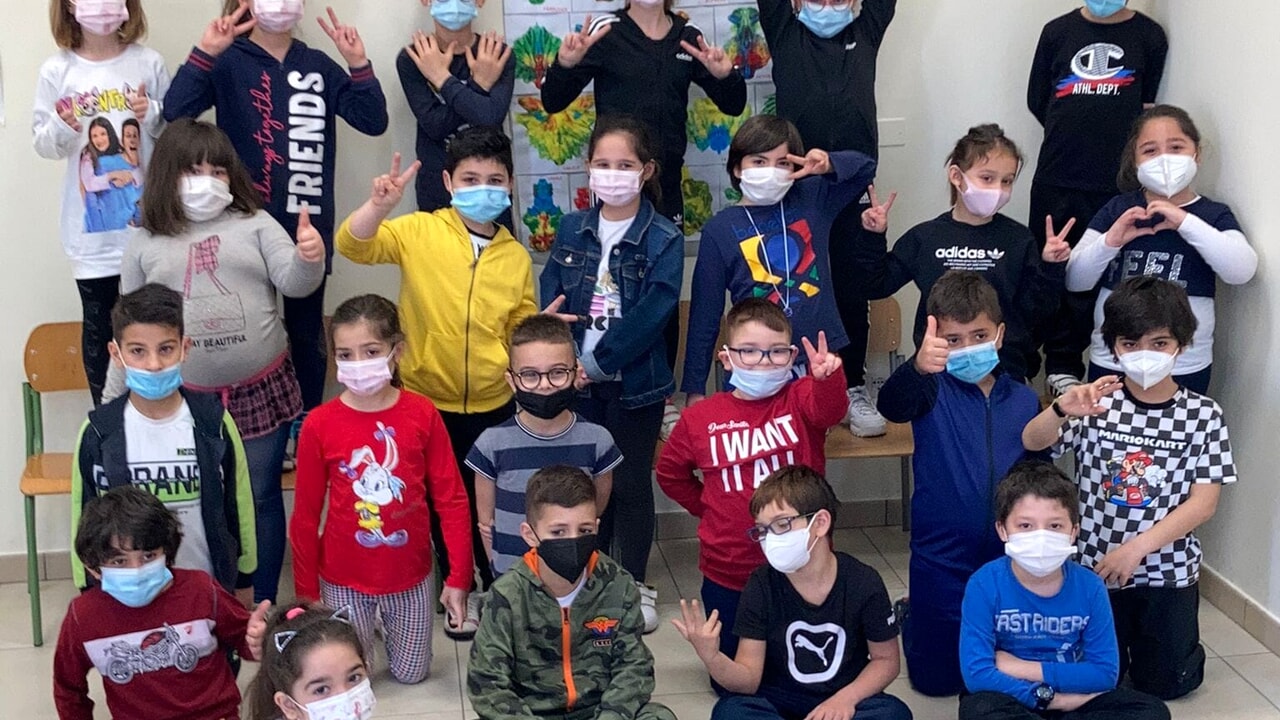 SAN DONACI – Everything is ready for the XVI festival of European children’s song, the last minute of the “A Text for Us” competition, organized by the Coro Piccole Colonne di Trento association and aimed at all primary classes in Italy and the world (provided that Italian is studied in them), in this last edition reduced to the national dimension due to the pandemic: it takes place on Saturday the 21st (20.30) and Sunday 22 May (15.00) at the PalaDolomiti di Pinzolo, a couple kilometers from Madonna di Campiglio, in the upper Val Rendena (Trento), in collaboration with Pro Loco di Pinzolo, the municipality of Pinzolo and the Piazza Viva association. The two shows will be presented by Lorenzo Branchetti, known by children as the elf Milo Cotogno, the protagonist of the historical Rai program “Melevisione”.

The event will see the involvement of 6 schools, and among these will also be II A and II C from the elementary school “Don Donato Panna” in San Donaci, Brindisi, authors of “Aqua and Vitamin C”, set to music by Al Bano Carrisi. 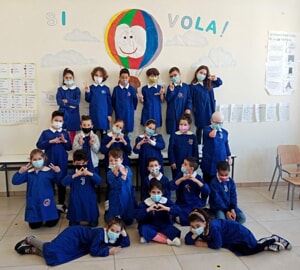 The announcement of “A Text for Us”, in which the Brindisi classes participated, encouraged the children to create and compose, with the guidance of their teacher, the words of a song: The six compositions selected by the jury were made by classes from all over Italy, set to music by great artists from the national music scene, and finally, after being collected on the CD “Leave a smile born”, they will be sung at the festival by the Piccole Colonne Choir, which consists of about thirty children between 6 and 14 years. During the two days, the classes, who have prepared appropriate costumes, will also be tasked with animating their own song.

The children’s songs deal with several topics that reflect situations and emotions that are part of their world and their age, from kindness to bullying; wants to find a common denominator among the winning lyrics, it is undoubtedly the desire to find sociality after two years of pandemic: In each song, the group and the relationship with others are at the center, and to the words there are cheerful rhythms and colorful atmospheres that transfer energy and positivity.

The words of the young students have been translated into music by artists from the national music scene: singer Al Bano, trombonist Sandro Comini, singer-songwriter Franco Fasano, arranger, composer and conductor Maestro Alterisio Paoletti, lyricist and composer Ludovico Saccol and the artistic director of the Piccole Colonne Choir and the Adalberta Brunelli Festival.

The song “Aqua and Vitamin C” written by classes II A and II C in the elementary school “Don Donato Panna” in San Donaci, Brindisi, coordinated by the teacher Nadia Nisi, tells in a nice way the story of the sick word “aqua” who finds his cure in vitamin C and was set to music by Al Bano Carrisi, Apulian writer and singer who needs no introduction, longtime friend of the European Children’s Song Festival.

The other winning songs are: “Carnevale in A minor?” of Class III A at the primary school of the Comprehensive Institute of Rivanazzano Terme, Pavia (teacher Emiliana Galante): an unusual but overwhelming carnival of the animals, set to music by Maestro Alterisio Paoletti. Class IV B “Ballad of Kindness” by Rome “Ada Negri” Primary School (teacher Cristiana Uselli): a delicate composition to reflect together on simplicity but also on the great power of polite gestures, set to music by Adalberta Brunelli.

“The dance of cursive” in class II C at the “Clarina” primary school in Trento (teacher Francesca Gozzi): children’s imagination transforms the pages of the notebook into a sparkling sea, where the italics swim happily like a dolphin, with music by Sandro Comini; of classes III A and III B at the primary school in Giovo, Trento (teachers Monia Svaldi, Liliana Giovannini and Christian Merci): the children imagine homo habilis as a “rockstar swag” on tour, who with the band crosses Tanzania with his “Afrocksound”, according to Franco Fasano’s notes; of grades IV A and IV B of the “Marcelline” elementary school in Foggia (teacher Paolo Monaco): in the community of musical instruments the harmony is threatened by the ukulele, a vicious bully who eventually remains alone but is then forgiven, music by Lodovico Saccol.

At the festival, the Piccole Colonne Choir will also present some songs born from the previous edition of the competition a text for us, which due to the pandemic could not end in 2020 with the festival: “L’acca mutolina”, dedicated to those who have difficulty by using this “naughty” letter, set to music by Adalberta Brunelli; “The Dancing Pepper,” which highlights how a pinch of chili pepper in the kitchen and in life adds joy and creativity, encourages sharing, with music by Adalberta Brunelli; “Gigetto Supereroe”, which tells the story of the little caterpillar Gigetto, who reveals his incredible magic to children and transforms himself, like a superhero, into a colorful butterfly, with music by Maestro Alterisio Paoletti.

All the award-winning classes are winners with the same merit and receive, in addition to hospitality at the organization’s expense on Saturday the 21st and Sunday the 22nd of May, also A Text for Us Trophy, specially created by Mastro 7. In Pinzolo, special prizes will also be awarded : Pinzolo Municipality Special Award, Mariele Ventre Special Award, Il Giornalino Special Award, Luciano Anesi Special Award (named after the President of the Piccole Colonne Choir Association, who died in 2021), Trentino Choirs Federation Special Award (to musicians who in the preparation of the piece appreciated the chord formation most).

Among the initiatives that will accompany the festival will be the inevitable “Turn the Window”: From 16 May 2022, the shop windows of Pinzolo will be set up by the classes at Val Rendena Primary School, which will be inspired by the themes of the winning songs. Guests present in Pinzolo have the opportunity to vote for their favorite exhibit.

On the morning of Saturday 21 May in Piazza Carera in Pinzolo, the authorities will greet the festival’s guests, and to follow after 1 p.m. 17 at the Pinzolo Library it will be possible to attend the presentation of the book written by Franco Fasano with Massimiliano Beneggi, “I love. From Alassio’s wall to the Sanremo festival. From Zecchino d’Oro to theme songs to cartoons. And not only!” (The Idea, 2021).

The purpose of the competition and the festival

The festival shares the same purpose of the competition, namely to involve primary school students in a project (the text of a song) to be performed in a group under the guidance of their teacher, to bring children closer to music in a creative way to create new songs for children , which is an effective means of permanent communication, promoting the European dimension by creating opportunities for intercultural dialogue between those who will become citizens of tomorrow and contributing to the spread of the Italian language (by regulation, texts written abroad must contain at least one part in Italian).

European Children’s Song Festival is a unique show in the world, where the main character is only and uniquely the child through three different forms of expression: creativity (the lyrics to the songs are “invented by children” and the result of the school working group), vocality (the songs are sung by the children from Piccole Colonne choir), bodily expression (the winning classes also have the task of “animating” their own song with theme costumes).