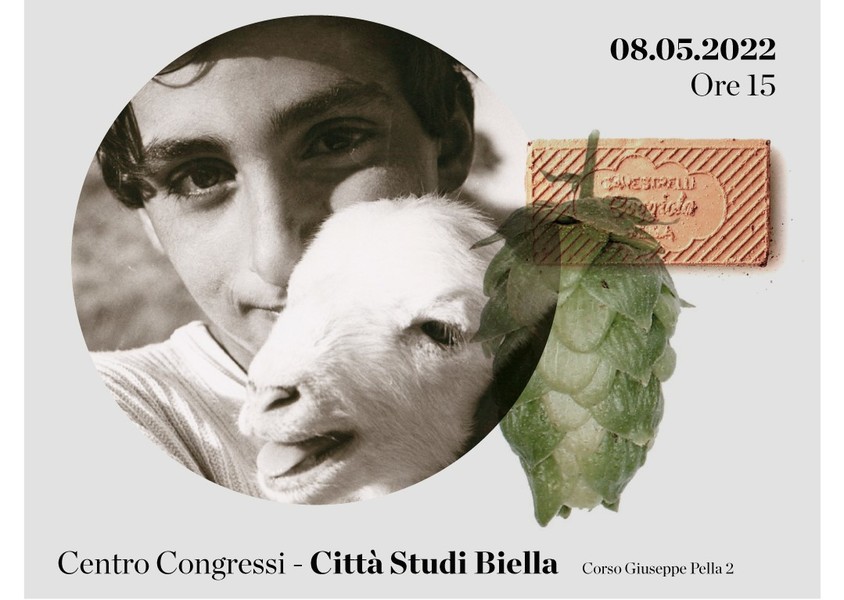 A new scene of Madkultur Geoportalen and the first edition of a new agreement dedicated to strengthening local traditions meet in Biella on the occasion of “BIS – taste weekend”, a widespread event held from 6 to 8 May between kl. food and wine and culture, designed by the BIellezza Foundation with the support of the municipality of Biella Città Alpina and LAG Montagne Biellesi.

The BIS Taste Weekend was created to consolidate the collective consciousness and give official form to the fundamental role that food and wine and tourism play in the local economy.

Three-day event divided into different moments and initiatives to devote attention from time to time to places, practices and communities, all the elements of the local tradition that together form the Bielesian supply chain of taste.

An opportunity therefore to celebrate food culture in this extraordinary geographical area, but also a new appointment in the wake of the Geoportal of Food Culture – the project promoted by the Central Institute for Intangible Heritage (MIC – Ministry of Culture) and funded by PON Cultura e Sviluppo (national operational program ) – to tell the latest developments in the interdisciplinary process dedicated to protecting the historical demo-ethno-anthropological heritage through research and mapping of food and wine products and traces of traditions and knowledge- how with our country, also with a view to an innovative way of contributing to territorial development.

The intangible heritage associated with food culture represents the joint mission that activated the dialogue between GeCA and the BIellezza Foundation, born in February 2020 on the initiative of individuals, producers, restaurateurs and hoteliers, to concretely contribute to improving and promoting the Biella area, in particular through a greater development of the tourist component that puts people, quality of life and good food at the center.

Final goal of the Food Culture Geoportal – which has recently started a phase of restyling the graphics, improving the user experience and enriching the content, to be an increasingly useful tool of a broad goal and establish itself as a reference showcase for collecting and consulting it rich intangible cultural heritage in the form of food and wine – is the involvement of all regions to gather expertise in Italian knowledge and taste, in accordance with a community spirit of tradition and cultural heritage, with respect for the ecosystem and popular memory, the focal point for the improvement of The place.

This involvement is configured as a genuine “Call for partnership”, aimed at involving territories and their most representative stakeholders in terms of local food and wine heritage, which can represent Italy’s values ​​and which also opens up global scenarios.

On this occasion, the city of Biella will also present the educational initiatives of the Città degli Studi and in particular the master’s program in English, created in collaboration with the University of Turin “Cultural Heritage and Creativity for Tourism and Territorial Development”, as well as the “Biella Enogastronomic Tourism” project promoted by the BIellezza Foundation and the recent appointment of “Biella Città Alpina”.

“The Geoportal of Food Culture and Biella Flavors” is the title of the conference organized by GeCA in collaboration with the Ministry of Culture and the Piedmont region and the presence of Biella, regional and national institutions as well as representatives of agri-food and of local gastronomic culture.

On May 8, from kl. 15 to 18 at the Centro Congressi – Città Studi, the importance of local partnerships will be discussed and a rich overview of in-depth content on Biella’s food culture will be presented, promoting the Geoportal as a privileged tool for protecting and enhancing the intangible food heritage.

A unique storyteller to moderate the meeting: Federico Quaranta, well-known TV host and author who has always been involved in the story of the Italian food and wine heritage. At the opening, Claudio Corradino, Mayor of Biella, Barbara Greggio, Councilor for Trade and Economic Development, Productive Activities, Tourism, Mountains, honored the UNESCO City of Biella Department and Paolo Naldini, Director of the Cittadellarte / Fondazione Pistoletto.

The speakers of Leandro Ventura, Director of the Central Institute for Immatible Heritage, and Angelo Boscarino, CEO of Bia Srl, will discuss the origins, development and goals of the Geoportal project.

This will be followed by the contribution of Manuele Cecconello, director, who took care of the making of some micro-narrative videos in the Biella area, with testimony from one of the main characters, Mina Novello, coordinator of the Sapori Biellesi activity.

A choir of voices and experiences invited to offer a rich overview of food and wine initiatives that are implemented locally and are able to accompany and support local social and economic development, consolidate and strengthen the cultural roots of the territory.

The contribution of Vittoria Poggio, Councilor for Culture and Tourism of the Piedmont Region, concludes the meeting.

After the Geoportal conference, guests will be invited to experience a cozy moment with a tasting of local flavors.