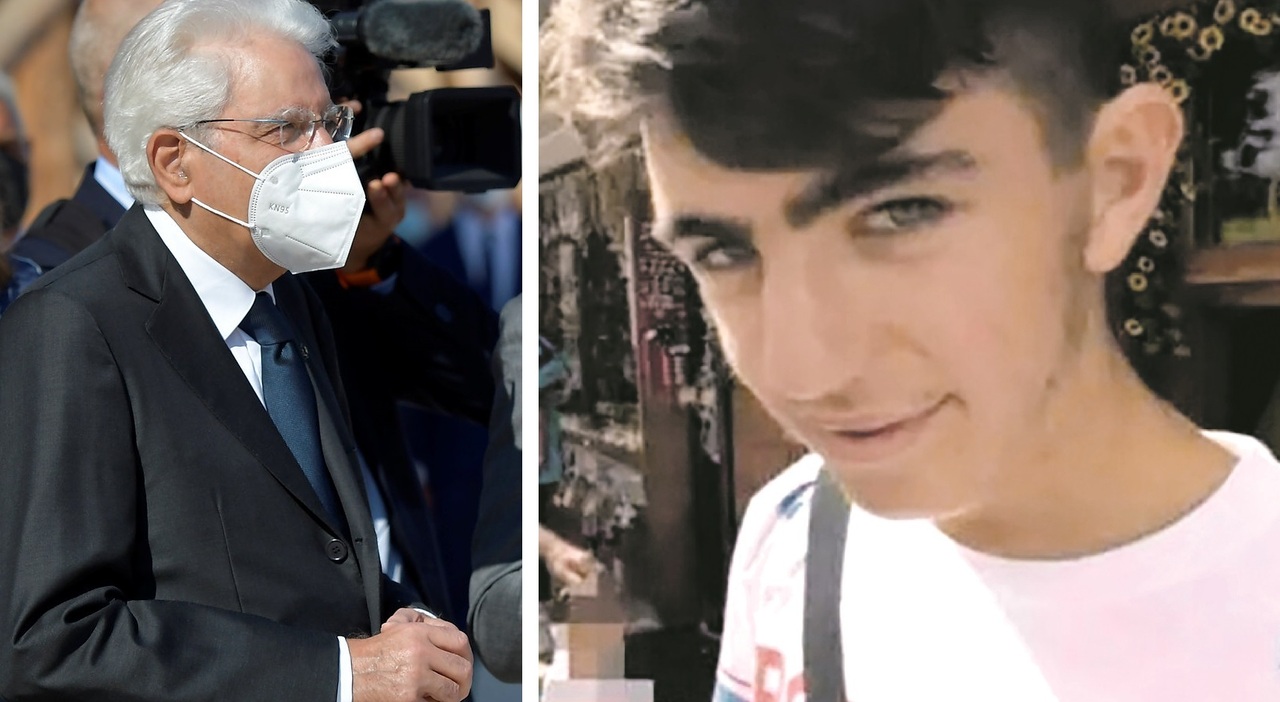 UDINE – President of the Republic, Sergio Mattarellaarrived to Udine visiting the Bearzi Salesian Institute, where the school participated Lorenzo Parellithe student from Morsano di Castions di Strada, who died at the age of 18, on 21 January due to an accident at Burimec in Pavia di Udine, on the last day of a double path between school and work.

A banner was posted outside the department with written on it Welcome President. In the schoolyard, hundreds of students line up in two wings with tricolor waving and singing as they greet the president.

The meeting with the parents

The President of the Republic met the parents and sister of Lorenzo Parelli, the 18-year-old who died during an internship as part of a dual-school work path. The confidential meeting was held in a room at the Bearzi Salesian Institute in Udine, where Lorenzo attended, and lasted, as far as we know, about fifteen minutes. Mattarella also visited some of the Institute’s laboratories and subsequently reached the gymnasium, where a ceremony with students and authorities began.

Three months have passed since Lorenzo Parelli’s death. It was the afternoon of January 21, the last day of his internship at Burimec in Pavia di Udine, which began as part of a dual school-business path. That afternoon, Lorenzo, 18, of Morsano di Castions di Strada, was the victim of a work accident. The student, who is enrolled in the professional training center at the Bearzi Salesian Institute in Udine, was hit in the head by a steel beam and died instantly. A tragedy that shook the region and the country and sparked protests in schools across Italy. An episode that was also recalled by Republican President Sergio Mattarella, awaiting today in Udine, in his inaugural address in Parliament, when he spoke about safety at work, he warned “never again tragedies like the young Lorenzo Parelli who came in in factory for a project school-work “. Investigations into the incident, handed over to the Carabinieri in Palmanova and coordinated by Udine’s prosecutors, led to the registration in the register of suspects of manslaughter by Pietro Schneider, 71, legal representative of the Burimec company, and by the worker Claudio Morandini, 58, from Rive d’Arcano , the first colleague to rescue him, immediately after the 18-year-old was hit by the steel bar.

“Safety in the workplace is a right, a necessity, to ensure that it is a mandatory duty. This basic requirement will be at the heart of the ceremony the day after tomorrow, May 1, at the Quirinale, “said Republican President Sergio Mattarella. “We anticipate the celebration of Labor Day in tribute to Lorenzo and all those who have lost their lives in the workplace, so it becomes clear that this is not a ritual or abstract repetition, but an occasion for recall and reflection.” “When it comes to the right to work, workers’ rights, rights in the workplace, young people are often not at the center of concerns. This is the wrong attitude. The value of work – he added – for you young people, and for some, can not be associated with risk, with the dimension of death. Safety in the workplace is the basis for social security, ie the fundamental value of a contemporary society ». The “map of the training course” by Lorenzo Parelli “had brought him to the company. But what can not happen has happened, what must not happen. “A boy, the death of a young man with the unbearable and indelible pain that accompanies it, is here to question us, so that we no longer have to cry absurd deaths at work,” the President of the Republic concluded.

“This visit of the President of the Republic is of great importance both for the human aspect of closeness to a very heavy tragedy for the family, for Bearzi who was affected, for the whole territory and the community Castions di Strada, and also a sign of support for the educational realities , of which the sellers and Bearzi are representatives of the highest quality. ”The Archbishop of Udine, Mgr. Andrea Bruno Mazzocato, on the occasion and shortly before President Mattarella’s visit. “In addition to any controversy that, according to it, had also been misplaced – the prelate continued – in my opinion, this visit is a sign of awareness of the pedagogical efforts that are being made here and in other institutes.” The Archbishop, commenting on the forthcoming meeting with Lorenzo’s parents, said: “I have never met them, this morning will be the occasion, but from what I have learned, they responded with great faith, faith supported them by maintaining a serenity in pain, and that is the strength of faith ».

“Thank you to the President of the Republic, Sergio Mattarella, for his personal interest. I take this opportunity to renew my condolences to the family, we are aware that we are facing an insurmountable tragedy, the presence of the Head of State today is a warning, so this commitment never fails, thank you, President, for calling us to this responsibility, which must be of all, only together can we give answers. We must strengthen the training – he added – and thus the prevention. Only competence and awareness can protect those who, like Lorenzo, did not work but were educated. “Perhaps the centrality of the student was lacking in this episode, so the first thing is to bring people back to the center of the training courses.”

“Your visit is a gesture that fills the hearts of hope for students, teachers, families at this institute, here we were deeply touched by Lorenzo’s tragedy. We will now tell you what we do for education in this pedagogical and pastoral work that moves in the footsteps of Don Bosco. “This was stated by the Director of the Bearzi Salesian Institute in Udine, Fr. Lorenzo Teston, during a speech to the President of the Republic. the school and Cfp aim at an integrated education of children, teenagers and young people. We offer several suggestions, including internships for direct contact with working life. we perform a service of public interest with the pedagogical style of St. John Bosco, who on February 8, 1852, laid down his first apprenticeship. She contributed to the growth of a unique sense of social passion that unites the Italian people she represents. The spirit of brotherhood, of cohesion, we are always trying to develop it, long live Don Bosco, long live Italy, ”he concluded.

“I say about Lorenzo that we continue to remember him for his jokes and his passion, so much so that he always told us he liked the surgery and lab part more.” So Matteo Lorenzon, classmate of Lorenzo Parelli. “We work with numerically controlled machinery – the student explained – and the beautiful thing is that we can experiment with our hands what we study at a theoretical level in the classroom”. Matteo spoke again about Lorenzo, adding: “I only had the opportunity to meet him this year, but the time spent together was enough to understand the beautiful person he was: he has always wanted to learn, he was always ready to give you a hand, he was very cheerful and joking ».