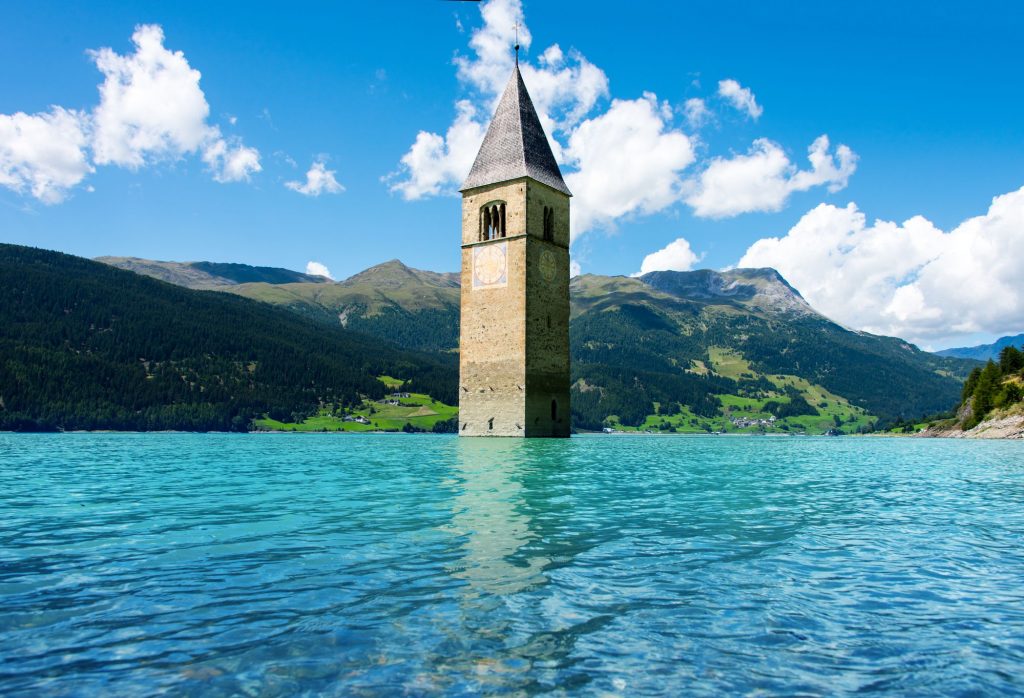 It’s called ‘lake’, and pictures of a calm water come to mind. But beneath the calm water sometimes hides ‘something’ magical, which stimulates the imagination: this is the case with ghost towns that are victims of progress. IN Garfagnanain what is called ‘little Switzerland’ in the province of Lucca, there is a lake that was artificially formed in 1947 with the dam of Edron power and the construction of the hydropower dam. An operation that engulfed the country Careggine factories forcing the inhabitants to move to the neighboring town Sights by Sottor. The town, dating back to 1270 and populated by blacksmiths from Brescia who worked with the iron extracted from Mount Tambura, reappears when the lake is emptied for maintenance. The last time was in 1994, and the city’s spectacle with the stone houses and the church of San Teodoro aroused great admiration, so an extra number is awaited with interest as the municipal administration has announced the resurgence of the ghost town. .

A similar story is that in Friuli Venezia Giuliaof the village of Movada, in Val Tramontina, disappeared in the 1950s due to the dam of the water in the Meduna River to build a dam. Thus the villages of Flors, Movàda and Redona were immersed by Lake Redona, and appears during dry periods, creating suggestive images. The inhabitants, who at that time were forced to leave and received only little compensation, are still happy with the old villages, and when they see the buildings reappear, they think that their preservation is due to Don Basilio, the old parish priest, looking from heaven.

And it was again a dam, built in 1947-1949, to make a city disappear in Val Venosta, South Tyrol. Here, near the Resia Pass, they stood three natural lakes, that of Resia, that of Curon and that of San Valentino alla Muta Curon: the dam united the first two lakes and immersed the town of Curon Venosta and partly the town of Resia. Today from the water in Resia lake, the largest in South Tyrol, in the municipality of Curon Venosta, is still emerging the old bell tower from the 14th century and according to a legend, bells can be heard from time to time: strange because they were removed on July 18, 1950.

Moves on to Piedmont (in the province of Verbano-Cusio-Ossola), i Val Fernazzaon the border with Switzerland we find it Morasco lake: it also hides a submerged village. In the 1930s and 1940s, an artificial basin was built to build a hydroelectric power plant, which immersed the villages in Morasco and Riale: For a time, the bell tower of the Church of Sant’Anna and San Lorenzo remained visible, then the water was also submerged. So today, tourists who enjoy the tranquil aspect of the lake often do not even know that it houses the remains of two villages, which represented the outer border of 13th-century Walser settlements. A magic in magic ..

King Sorapis and the Magic Mirror: cso the wonder Misurina was born

In Cadore, in the province of Belluno, Lake Misurina (1754 meters) hides a legend. There was once King Sorapis who ruled the lands between Tofane, Antelao and Marmarole: leaving a widower, he placed all his devotion in his daughter Misurina. The eight-year-old girl discovered that a fairy living on Monte Cristallo had a magic mirror that gave power to read the minds of those who looked in the mirror, and she wanted it. The fairy would not donate it, but the king insisted so much that she gave in, on condition that Sorapis be turned into a mountain to protect her beautiful garden from the sun. Misurina was happy, but Sorapis began to transform, and she found herself on the mountain that had been her father: she became frightened, shouted, fell down. And in the last human moments, the king saw her die. Then from his eyes watered tears that formed two streams that united downstream and gave life to Lake Misurina. And the mirror? It fell, broke, and the pieces were dragged by the streams to the lake, which they still give magnificent reflections today.

The blue lake it’s the house swallowed from the water

In the Valle d’Aosta, in Breuil-Cervinia, there is a small and beautiful lake, which reflects the Matterhorn: It is called Blue Lake, but its real name is Lake Layet. But this serene stretch of water hides a disturbing legend. The story goes that the house of an inhospitable shepherd once stood here. A traveler knocked on his door and asked for food, but he got a bad rejection. The youngest child tried to give him the cup of his milk, but his mother prevented him from doing so, even punishing him for the charitable gesture by sending him to the forest to gather wood in the evening. Despite the darkness and the fear of animals, the little boy picked up some dead branches and went home. But … the house was gone! And instead was a lake that had flooded everything, home and family. The child mourned the disappearance of his parents, but understood that this was the punishment for having been evil to the traveler. It is said that since then, the descendants of the shepherd boy who settled around the lake have always been generous and available to those who asked for their help.